‘You are the biggest snowflake!’ Piers Morgan confronts Remainer Femi in fiery clash

Good Morning Britain host Piers Morgan clashed with a Remain campaigner over Sir Kim Darroch’s leaked memos. Donald Trump attacked Britain on Monday evening, taking aim at Theresa May saying it is “good news” the UK will soon have a new Prime Minister. The US President also said he would no longer deal with Sir Kim, after leaked private memos in which the ambassador hits out at Mr Trump.

Speaking on Good Morning Britain, Femi Oluwole defended the UK ambassador to the US, insisting he is “hired for his judgement,” before a huge spat broke out on the show.

He said: “His judgement is that Donald Trump is incompetent.”

GMB host Mr Morgan replied: “If his judgement is to put that kind rhetoric in writing with his personal rudeness about the President, his judgement as a diplomat is done. Finished.”

The Remain campaigned said he was “amazed” Mr Morgan used the word “snowflakes” to describe people, when the US President was having a “massive hissy fit”. 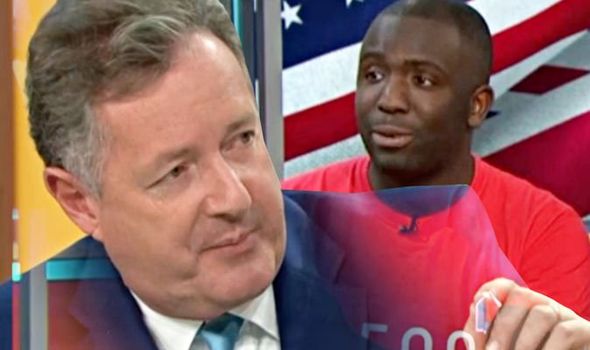 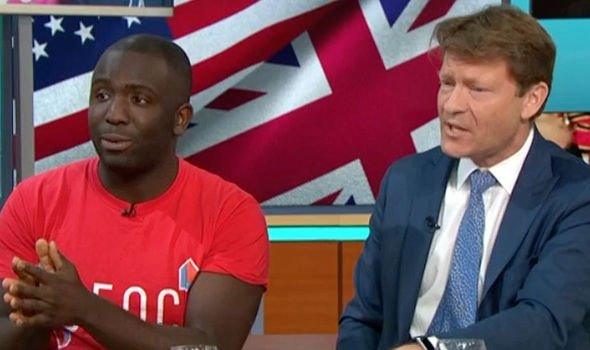 You are the biggest snowflake I have ever seen

“It makes him somebody, if he is attacked, he will attack back. I don’t blame him either with Sadiq Khan or this.”

But, the Remain campaigner was quick to mock the US President, saying: “Oh what by saying ‘he’s not coming to my party anymore’”.

The response sparked a scathing response from the Good Morning Britain host. 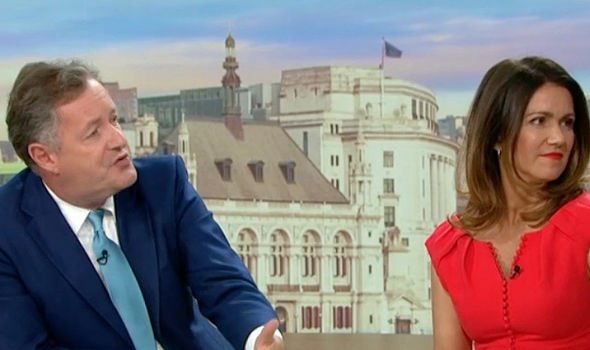 Mr Morgan said: “Femi, have you read your own twitter feed? Seriously. You are the biggest snowflake I have ever seen.”

On Monday afternoon, the US President took a devastating swipe at the UK. He wrote on Twitter: “I have been very critical about the way the UK and Prime Minister Theresa May handled Brexit.

“What a mess she and her representatives have created. I told her how it should be done, but she decided to go another way.

“I do not know the Ambassador, but he is not liked or well thought of within the US. We will no longer deal with him.

“The good news for the wonderful United Kingdom is that they will soon have a new Prime Minister. 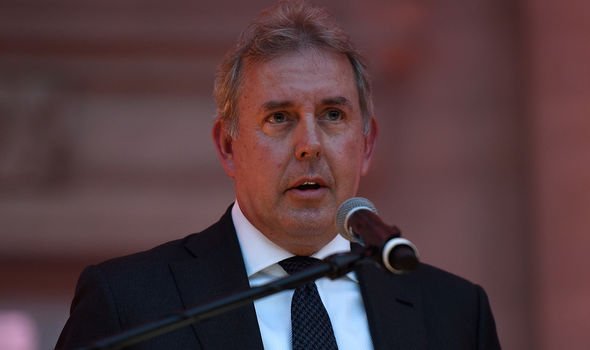 “While I thoroughly enjoyed the magnificent state visit last month, it was the Queen who I was most impressed with!”

The Foreign Office has begun an investigation after it emerged Sir Kim had said the US President was “insecure”, “inept” and ran a “uniquely dysfunctional” White House in private memos that have been leaked.

Downing Street said Mrs May has “full faith” in the UK’s ambassador to the US after the huge breach in confidentiality.

The Prime Minister’s official spokesman told a Westminster briefing on Monday morning: “The Prime Minister has full faith in her ambassador to Washington. Our ambassadors provide honest, unvarnished assessments of politics in their country, those views are not necessarily the views of ministers or indeed of the Government.

“As the Foreign Secretary has said, this leak is not acceptable. We would expect such advice to be handled in the correct way and a leak inquiry has been launched.”

What to Watch Tuesday at Wimbledon