Winter TV Awards: With FX in Flux, Can ‘Mrs. America’ Break Through?

For the first time in ages, it doesn’t seem like the best year to be FX.

Constructed under the watchful eye of John Landgraf, Chairman of FX Networks and FX Productions, the network developed a murderer’s row of projects that allowed them to stand shoulder-to-shoulder at the Emmy Awards with TV’s heaviest hitters, including HBO and Netflix. And while FX was less successful translating nominations into wins, there was nevertheless a feeling that the network often had arguably the best roster of shows on TV in any given year, with “The Americans,” “Atlanta,” “Better Things,” and a glut of Ryan Murphy programming filling its ranks.

But 2020 has been a strange beast for the network, which has seen its programming turned upside down with the introduction of FX on Hulu. In 2019, Disney acquired 20th Century Fox for $71 billion and, in the process, gained control of the entirety of FX’s catalog of content, as well as a majority share of Hulu, turning a host of former competitors into kissing cousins. In the aftermath of the transition, FX on Hulu was announced, which would feature dozens of FX’s best programming through the years on Hulu, as well as new FX series that would exist only on Hulu, including Alex Garland’s “Devs” and the Cate Blanchett-starring limited series “Mrs. America.” So, high-profile shows that were from FX and developed by FX never aired on FX because they were only available on Hulu — which in this case wasn’t Hulu and was, in fact, FX on Hulu, even though these programs remained, in the end, FX shows.

What could go wrong?

None of this appears to be FX’s fault, but rather a consequence of the fog of war that feels as though it has subsumed the network since the Disney acquisition. As it stands, it’s not as though the quality of FX programming has precipitously dropped, but rather that the future looks a little hazy.

Here’s how that shakes out with regards to the Winter TV Awards.

The network’s best bet with regard to significant awards traction comes in the form of “Mrs. America,” a dynamite limited series centered around Phyllis Schlafly, Gloria Steinem, and the campaign to stop and/or pass the Equal Rights Amendment. Witty and winsome, “Mrs. America” is packed to the gills with talent, from the aforementioned Blanchett, to Rose Byrne as Steinem, Uzo Aduba — who won an Emmy for her efforts — as Shirley Chisholm, as well as character actress ringers in Margo Martindale, Tracey Ullman, and Sarah Paulson, among others.

“Mrs. America” likely would have taken the Emmy Awards by storm had it not been steamrolled by HBO’s “Watchmen” a brilliant treatise on race and violence in America that only proved more and more prescient as the year unfolded. But “Watchmen” aired in 2019, making it ancient history (i.e. ineligible) in the eyes of the Winter TV Awards and leaving a huge gap that “Mrs. America” is more than ready to fill. 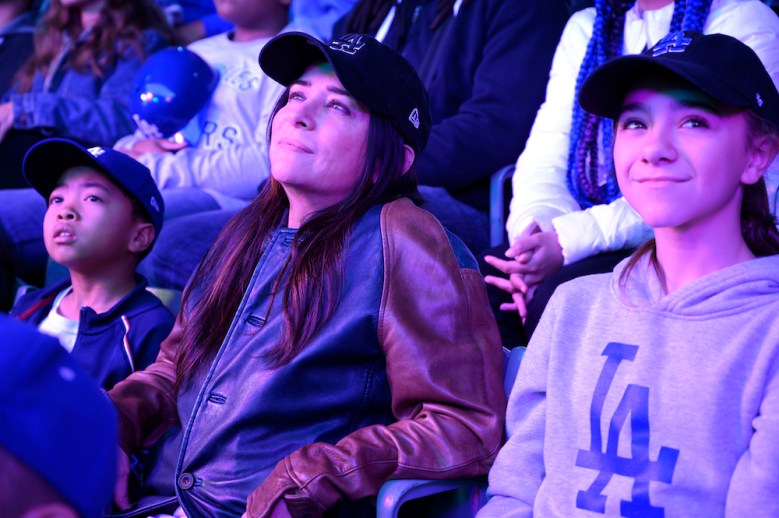