A handful of smaller films will start to test audience enthusiasm for movie theaters without big tentpoles. It’s been a rocky summer for specialty releases, and an uphill climb as arthouses emerge from Covid jitters with franchise films sucking up oxygen and screens. But superheroes are on hiatus.

“There isn’t giant competition from tentpoles,” said Howard Cohen, co-president of Roadside Attractions. “On balance, it’s good. Obviously, if you have Top Gun, it sucks the air out of the marketplace. It’s still better — for the specialty market — to have three or four indies than one giant release. Exhibitors are antsy about the sudden dearth of new wide releases this month and next, but they’ve also been asking for more box office breadth. (“We cannot just live off dinner. We need breakfast and lunch too,” Marcus CEO Greg Marcus told Deadline recently.)

But plenty of others “came and went,” noted another distributor. “Who knows?”

Cohen’s Roadside and Vertical Entertainment are opening Aubrey Plaza-starring thriller Emily The Criminal in 473 theaters. “I’m really optimistic. It’s a great star turn by a beloved actress from TV and indie film,” he said. It skews younger than many Roadside films. Younger demos have been back in force.

Plaza plays Emily, a former art student crushed by college loans and locked out of the job market due to a minor criminal record. Desperate, she takes a shady gig as a “dummy shopper,” buying goods with stolen credit cards supplied by a handsome middleman named Youcef (Theo Rossi). Seduced by the quick cash and illicit thrills of black-market capitalism and increasingly drawn to Youcef, they bring their business to the next level. Written and directed by John Patton Ford. Also starring Megalyn Echikunwoke, Gina Gershon. (It’s Mubi’s Pick of the Week, which never hurts.) Deadline review here.

Specialty-plus: Lionsgate’s Fall opens in 1,548 locations. Directed by Scott Mann. Written by Mann and Jonathan Frank. It’s tracking to open in the $1.5 million range, as per sources, and cost an estimated $3 million. Best friends Becky (Grace Caroline Currey) and Hunter (Virginia Gardner) love to push their limits. They’re stranded after climbing 2,000 feet to the top of a remote, abandoned radio tower with no way down, putting their expert climbing skills to the ultimate test. With Mason Gooding and Jeffrey Dean Morgan.

Fall is also the first test run for director Mann’s AI company Flawless, which took an R-rated movie and used its “vubbing” TrueSync technology to tone down curse words, turning it into a PG-13 film without having to re-shoot anything.

Bleecker Street opens James Pondsoldt’s Summering on 259 screens. With, in billing order, Lia Barnett, Lake Bell, Sarah Cooper, Ashley Madekwe, Madalen Mills, Megan Mullally, Eden Grace Redfield, Sanai Victoria. Four best girlfriends face the uncertainties of growing up, and the discovery of a dead body, on the last summer days before starting middle school. A kind of Stand By Me with a great young cast was shot in Utah, debuted at Sundance and has had a strong festival run since. It’s aimed at Millennial and Gen X moms and their kids. Deadline review here.

GKIDS opens Masaaki Yuasa’s animated feature Inu-Oh in around 350 locations. The film follows the titular Inu-Oh, the legendary 14th century Noh performer born with unique physical characteristics that cause horrified adults to cover his body with garments, including a mask. He meets Tomona, a blind biwa player, and discovers an incredible ability to dance. They become business partners and inseparable friends, surviving on the margins of society as song after song gain them notoriety and propel them to stardom.

Well Go USA presents Han Jae-rim’s Korean hit Emergency Declaration on 42 screens. Investigating a terrorist threat that goes viral online, Korean authorities discover a suspect has recently boarded an international flight bound for the U.S. When a healthy passenger on the same flight suddenly dies a gruesome death of unknown cause, panic erupts both in-flight and on the ground. Starring Song Kang-ho (Parasite), Lee Byung-hun (Squid Game, G.I. Joe), Jeon Do-yeon (The Housemaid, Secret Sunshine), Kim Nam-gil (Those Who Read the Hearts of Evil), Kim So-jin (The King), Im Si-wan (Run On, Misaeng). Screened at Cannes out of competition in 2021.

Mubi presents Sundance documentary Free Chol Soo Lee, the 20-year-old Korean immigrant accused of a gang-related murder in San Francisco’s Chinatown in 1973 and wrongfully imprisoned, inspiring a pan-Asian American social justice movement to free him. Directors Julie Ha and Eugene Yi excavate this largely unknown yet essential history five decades later with a portrait of the complex man at its center. Premieres in NYC at the IFC Center today, rolling out to over 150 theaters nationwide starting Aug. 17 for the week of what would have been Chol Soo Lee’s 70th birthday.

Greenwich Entertainment presents We Are As Gods, David Alvarado and Jason Sussberg’s documentary about Stewart Brand. (“We are as gods and might as well get good at it,” Brand wrote in 1968.) The Zelig-like pioneer of LSD, modern environmentalism, cyberspace and futurism is urging people to use their god-like powers to fight extinction by reviving lost species, but his former allies in the environmental movement vow to stand in his way. Opens at the Roxie in SF and the Smith Rafael Film Center (Marin). Los Angeles theatrical release with premiere at Laemmle Monica Film Center Sept. 2. On demand Sept. 6.

Juno Films opens Antonio Tibaldi’s We Are Living Things starring Jorge Antonio Guerrero (Roma) and Xingchen Lyu at the Quad Cinema ahead of a national rollout. After a chance meeting, two undocumented residents discover they are both in search of intelligent life in the universe. Solomon (Guerrero) lives in the back lot of a recycling plant in Brooklyn, obsessed with connecting to aliens he believes abducted his mother years before. Chuyao (Lyu), who fled China, believes she was abducted as a child. When Solomon discovers Chuyao is controlled by a brutal pimp, he takes drastic action.

Remains On Life Support; “We Lost A Bright Light”, Her Family Says In Statement 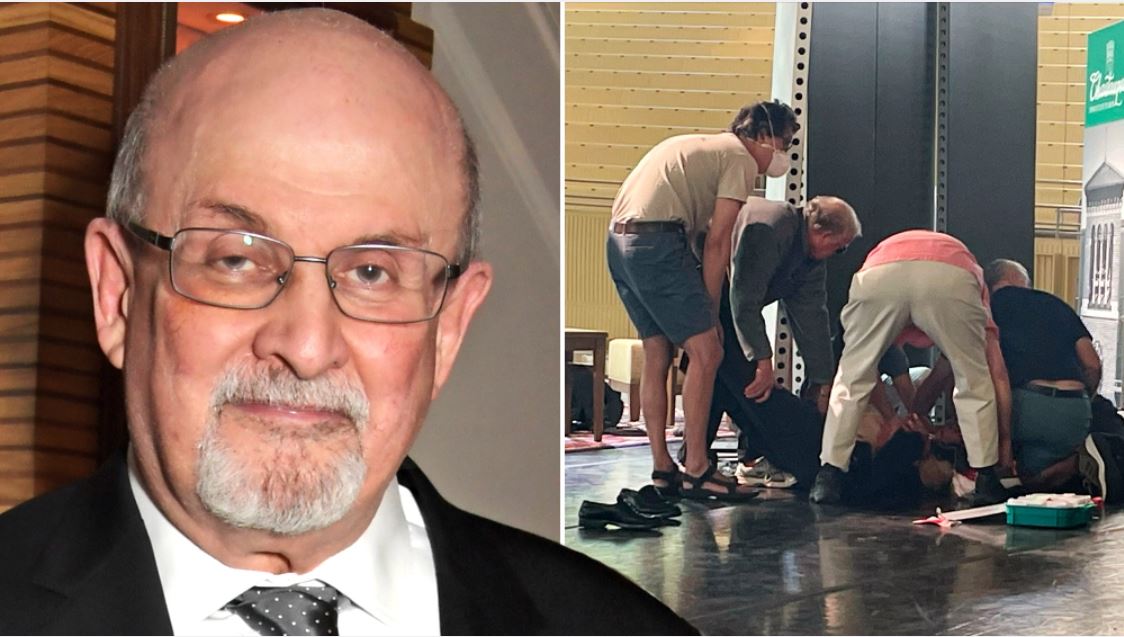