Why the 'Book of Boba Fett' Trailer Disappoints 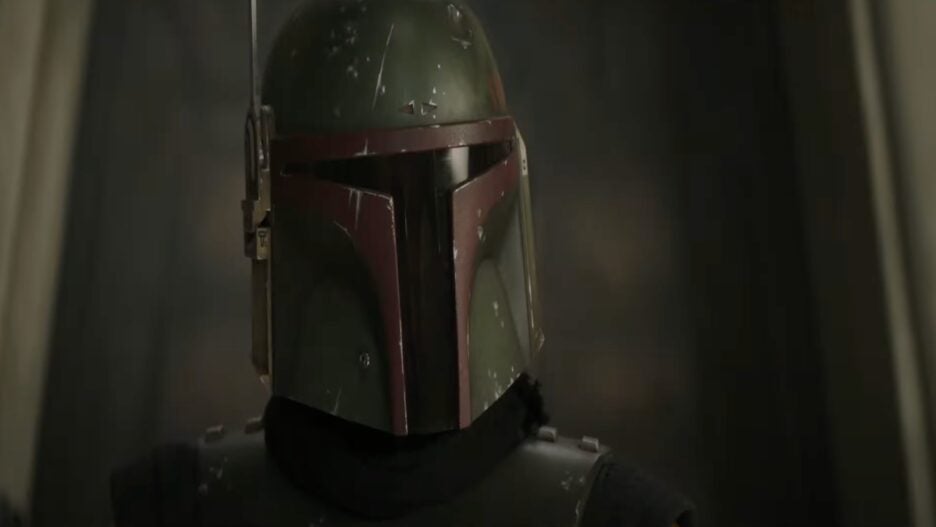 Besides a couple of stunning shots of Tatooine, a central hub of the “Star Wars” galaxy since the first film introduced us to the desert planet in 1977 (beautifully conjured by the wizards at Industrial Light & Magic), the possible appearance of Dok-Ondar, a character from the Disney Parks “Star Wars” land Galaxy’s Edge, and a couple of intriguing images (we love Boba Fett’s helmet falling to the ground and coins spilling out), this first trailer didn’t leave much to hang your hat on. And while it might be easy to get discouraged, we think there are a few reasons that the “Book of Boba Fett” trailer felt so underwhelming. There’s no reason to throw yourself in the rancor pit just yet.

The Visual Effects Pipeline is Backed Up 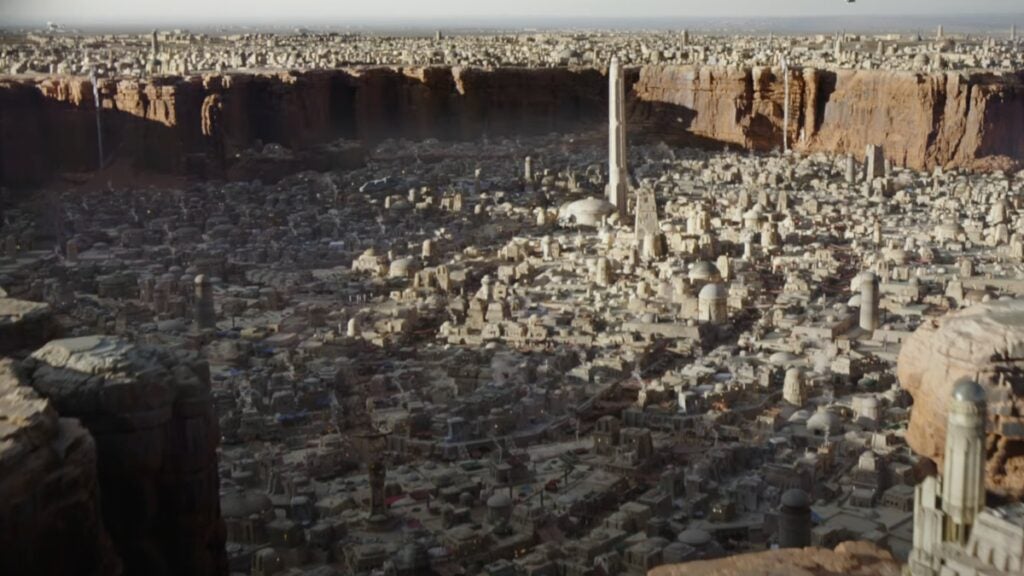 One sensation the new trailer gave us was definitely, “well these are just the shots that are finished.” While it’s been noted that the show will employ the same cutting edge screen technology that “The Mandalorian” pioneered, wherein vast vistas can be conjured for live on set using an adaptation of existing videogame engine tech, a ton of work also falls to the aforementioned wizards at Industrial Light & Magic (and some additional effects houses).

With the movie industry once again in full swing, it has created a logjam in the visual effects world. The recent Marvel Studios release date shifts were blamed, in part, on this logjam. And if you look at ILM’s “in production” page on their website, they include massive projects like Matt Reeves’ “The Batman,” the next “Thor” movie, “Jurassic World: Dominion,” and the weird ABBA avatar project (just look it up), in addition to several wholly animated projects, like Netflix’s “Ultraman” movie and their “Lost Ollie” TV series. (There are also some glaring omissions on the “in production” page, like several more Marvel and Disney projects.) The point is: their plate is full, as is the plates of most effects houses. And so finalized shots will be coming in much closer to the release date. With “The Book of Boba Fett” not even premiering until the end of the year, they have more time to get things finished. The trailer is clearly what they had done. And that might be much less than you’d imagine.

There Are Huge Surprises 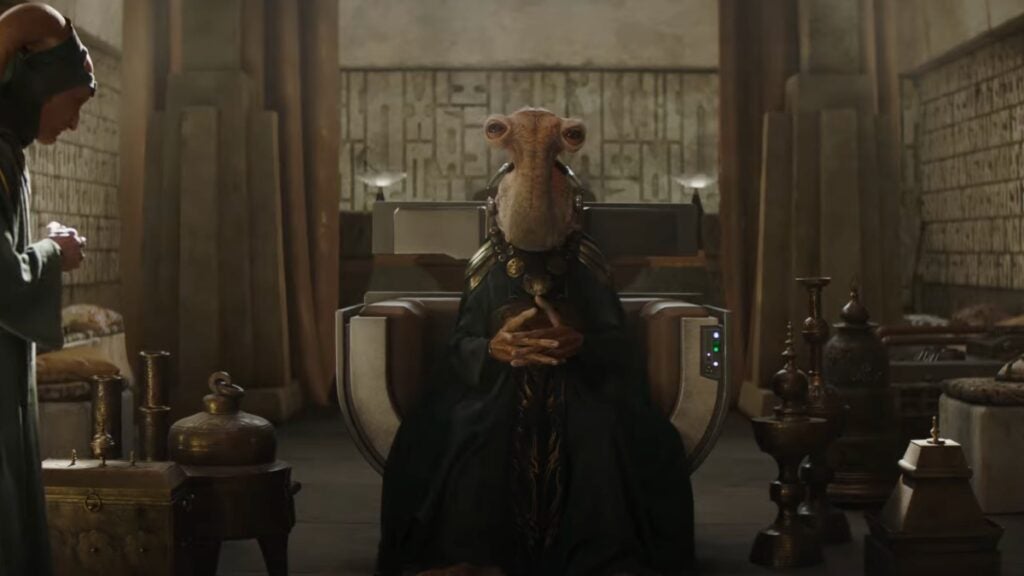 While the iconic topography of Tatooine is established in the trailer, which gives us flashbacks to both the original and prequel trilogies (and makes us think vaguely of Jakku in the sequel trilogy), besides the character of Boba Fett, there isn’t much to connect us to earlier “Star Wars” lore. And while there was much talk ahead of “The Mandalorian” about how different it was going to be and how there weren’t going to be any Jedi or lightsabers… by the end of Season 2, Mark Hamill showed up as Luke Skywalker. Co-creators and executive producers Jon Favreau and Dave Filoni love a good callback, and they are good at keeping those references nicely hidden until the episode airs, despite a few casting leaks that dribbled out before the second season of “The Mandalorian.” (The behind-the-scenes documentary on “The Mandalorian” Season 2 finale shows you to what lengths they went to keep Luke’s appearance a secret.) We haven’t heard much in the way of casting reports coming out of “Book of Boba Fett,” perhaps in response to the leaks from “The Mandalorian.”

The lack of information during production gives whatever beloved characters, ships, creatures (it’s heavily implied in the trailer the rancor will be making an appearance), droids, and locations additional oomph. And the weekly release schedule of the show means that they will need big surprises to drive conversation between each installment. There will be fun, identifiable stuff coming, no doubt, regardless of what made it into the teaser trailer. 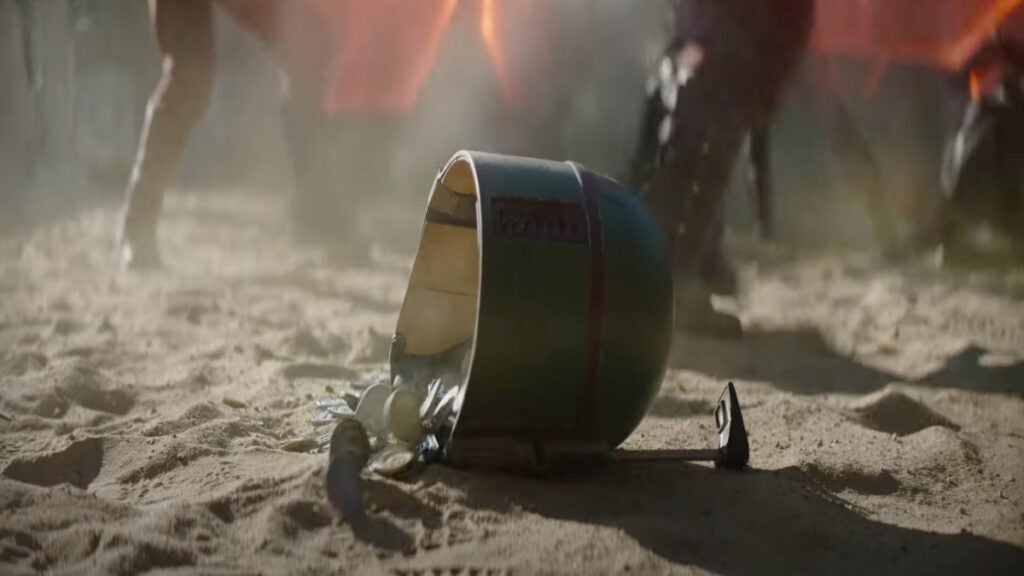 It might not seem far off, especially with Mariah Carey already pronouncing it Christmas season, but Dec. 29 is far, far away. And there are a lot of things between now and then, both on the big and small screen and also in terms of people seeing each other for the first time in 18 months, that will be jockeying for people’s attention. Disney will be on top of things and ramp up excitement steadily before the release at the end of the year.

The next big push for “The Book of Boba Fett” will come on Nov. 12, during Disney+ Day, where the company with talk about new and upcoming projects, sharing additional details, footage, logos, artwork and the like. While we are sure to get new information about upcoming Disney+ “Star Wars” titles like “Obi-Wan Kenobi,” there will be more emphasis – and more to share – from “The Book of Boba Fett.” It’s a marathon not a sprint, after all, and 2021 is littered with projects initially intended for release last year that have seen their marketing efforts turn stale and off-putting in the year it’s taken them to get to the screen (007, we’re looking at you). “The Book of Boba Fett” will see each page turned deliberately and exactingly, right up until Dec. 29.