Home » TV & Movies » Who will take over the Queen Vic in EastEnders? 10 most likely contenders Who will take over the Queen Vic in EastEnders? 10 most likely contenders 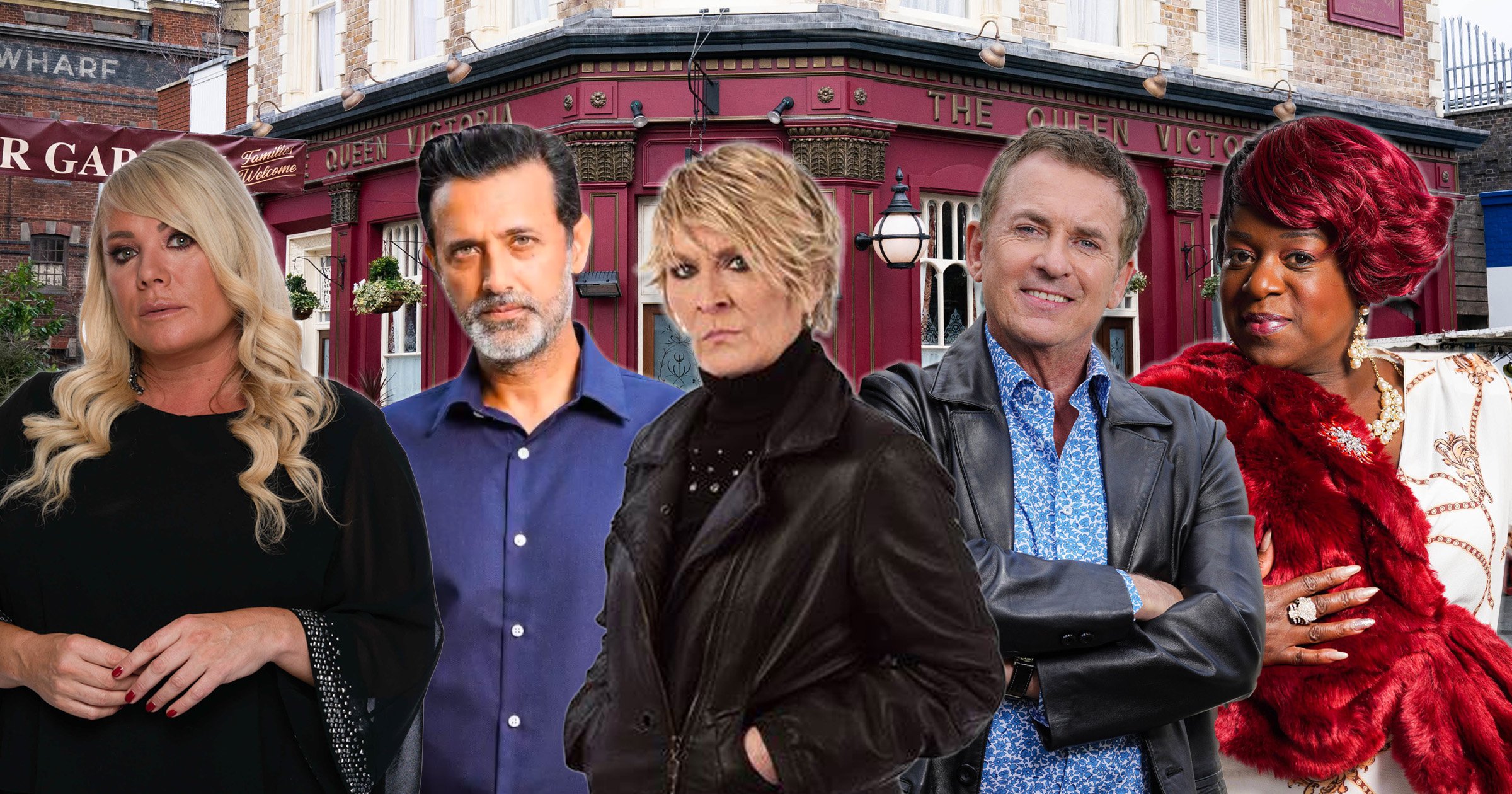 Danny Dyer leaving his EastEnders role as Mick Carter has thrown up a lot of questions. Will Mick live or die? How can he part with Linda? What will happen between him and Janine? Who are we going to rely on to call other characters melts?

But, the most important question of all is, what is going to happen with the Queen Vic? No matter how momentous the exits of Mick and Janine, two massive characters, will be, let’s not lose sight of the fact that the Queen Vic will always be EastEnders’ main character.

The Carters have been at the helm of the beloved boozer for a solid nine year stint, so is it time for a change of the guard now that the family continues to shrink?

Johnny, Lee, Babe and Tina are long gone, and Nancy and Frankie have followed them out of the door too.

So, who could get their name above that door? Let’s take a closer look.

Just because Mick is leaving, it doesn’t mean the end of the Carters. There are some fears out there from fans that the end of Mick’s story could also trigger goodbyes from his wife and mum. After all, one of the most desired outcomes would be a romantic Mick and Linda reunion.

Assuming that Linda and Shirl are sticking around, and I for one hope so, there’s no reason why they can’t hold onto the pub themselves.

There doesn’t HAVE to be a change; Linda remains every bit as much of a queen behind that bar and Shirley, more bitter than many of the ales, dishes out acerbic wit and put downs that would be well missed by us. Maybe not by the customers though.

Been there, done that, you could argue. But it is a formula that has worked in the past, and the pair have never really lost the chemistry that made them iconic Queen Vic staples back then, if we ignore how uncomfortably pushy Alfie is being at the moment. But that’s for another day.

This time, they could easily rope the likes of Stacey and Eve in for shifts, which would add a very interesting and energetic dynamic.

However, it all rests on whether Kat and Alfie will get back together. It seems like a given eventually so, with the intention of a reunion seemingly on the cards from the start, is it inevitable they will end up running the Vic too?

The Vic is in Sharon’s blood and Sharon is in the Vic’s walls, furniture and pumps. They go together like Shrimpy and hats and it would be a natural choice to whisk her back in.

When she has covered for Linda, the old magic returned instantly, and it felt very right to see her there once more.

Whether or not she actually WANTS to be there again is another matter. Sharon has had almost as many Vic stints as Ben Mitchell has had faces; and her latest memory of the place involves her trying to kill best mate Ian with carbonara.

For your legacy in the Vic to be forever tainted by pasta is a hard pill to swallow, but difficult to come back from.

The family buy up businesses around the Square as if it’s nothing more than a game of Monopoly, and the Carters have proven that having a full family in the Vic is the best formula.

The Panesars have been brought to the forefront in quite a major way, and the mix of personalities between them all would certainly make things interesting.

I’m not entirely sure how good the customer service would be, but they could probably make it quite the goldmine.

Nish would of course try to be the dominant force, and Suki would rule the staff with an iron fist. But when this toxic marriage hopefully crumbles, it’s another excuse to draft in Suki’s true love Eve.

Can you tell that I really want Eve in the Vic?

Phil has stashes of money left, right and centre, so buying back the Vic again would be a piece of cake for him.

It might be more of an ego trip than a desire to get behind that bar, but it could be a gesture to try and win Sharon back.

Or perhaps he might invest to make things up to Billy, and hand the reins over to him, Honey and Freddie, which would make for an interesting mix admittedly.

However, Phil being the overlord of the Vic is treading over old ground that is not necessarily exciting when compared to other possibilities.

And who would look after the market without Honey’s efficient running and Billy’s, um, popular stall?

Imagine the chaos of having Kim Fox running the Vic. After the inevitable storyline of her causing uproar by trying to give the place an eyewatering décor overhaul, it would certainly liven up the place.

Cue endless theme nights, laughter and the filming of all of the Vic showdowns for her Instagram channels.

Denise would be the more grounded one and Jack could be on hand with his police training to sort out any trouble.

Well, the trouble he isn’t causing anyway, as he seems to be the one punching people left, right and centre, while keeping his job somehow.

Okay, I might be cautiously treading on fanfic territory here, but a large selection of viewers would be delighted to see their favourite couple at the helm of the Vic.

They might be too busy with the regular angst to make any success of it, but there is a certain romance for them getting the keys together and looking to a bright future in the new venture.

Forever how long that would last.

EastEnders has done a great job in building this friendship between these three. It’s very engaging and authentic, and it would be great for the three pub fans to have their own watering hole to run.

Supporting each other and having the banter flowing as smoothly as the pints, they would make for a dream team.

And, with their respective character groups, the additional staff possibility of the glam Tara taking on some shifts would be impossible to resist.

Add in other personalities such as Sonia, Dotty and Karen, and it could make for a very bustling Vic, with a fantastic community feel and that old-school East End edge.

Every new producer wants to make their mark on a show, and I imagine that one of the dream ticks on that bucket list is to install your own idea on what the Vic should be.

There hasn’t been a fresh new clan in there for a long time, but as I previously said, the Carters are evidence that a fresh start works if the characters are right.

So, there is no reason at all why a new brood can’t take over.

No-one knows the business of the Vic better than our Trace, so maybe it’s about time she promoted herself to the boss rather than the minion.

Only if she hires Eve though.