TINIE Tempah has enjoyed a successful music career and is now branching out into TV presenting.

But when he is not busy working he is a devoted husband to wife Eve De Haa. 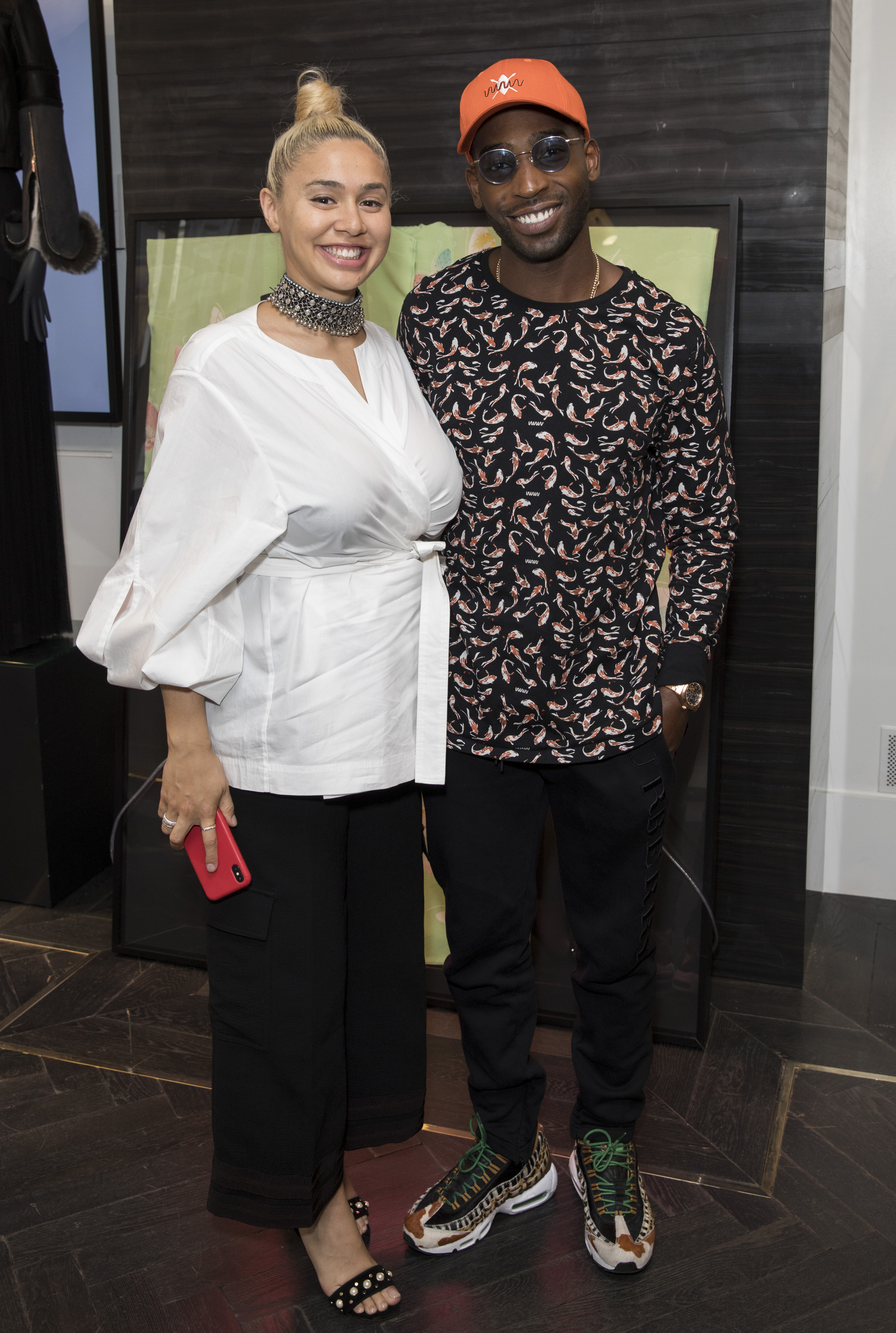 Eve is a 29-year-old artist from London.

She is the granddaughter of Sidney De Haan, the founder of Saga.

The artist studied Theology at Leeds University in 2010 and graduated in 2013.

She explains on her website that her degree heavily influenced her work, she says: “it's developing a strong body of installations which examine concepts of change and the imprint technology is having on youth culture”.

How long have Tinie Tempah and Eve De Haan been married?

The pair like to keep their relationship very private.

What we do know is that they got married in 2019, in a small church in the Cotswolds.

Father Isidore, who conducted the service, said he had known Tinie since he was a young boy, and knew about their wedding for a year before the actual date.

"It wasn't a secret marriage, they just wanted to keep it as private as possible and just for their family and friends," he said.

"They're very devout Catholics and really lovely down to earth people and it was a beautiful wedding." he revealed.

Do Tinie Tempah and Eve De Haan have children?

The couple have two children together.

In 2018, they welcomed their first child, a daughter, then their second daughter in 2021.

Speaking to Metro.co.uk about becoming a father of two, he explains: “It’s just really the best thing in the world and gives you a whole new outlook and perspective on life and makes me very appreciative for where I am in my life.”

“It makes me reflect back on the upbringing I’ve had and even though my parents were absolutely the best, we just being from South London and Nigerian heritage, I grew up in a very challenged background.

“And it just makes me want to create a better environment for my child.”

Paul Mason took an overdose as a 'cry for help'