Home » TV & Movies » When does Michelle find out about Robert and Vicky in Coronation Street? The truth's about to come out When does Michelle find out about Robert and Vicky in Coronation Street? The truth's about to come out

CORONATION Street will air the dramatic showdown scenes fans have been waiting for next week, as Michelle Connor confronts Robert Preston about his betrayal with Vicky Jefferies.

Fans of the ITV soap know that love rat Robert has been cheating for months with pregnant Vicky but will he tell the whole truth? Here’s everything we know so far… 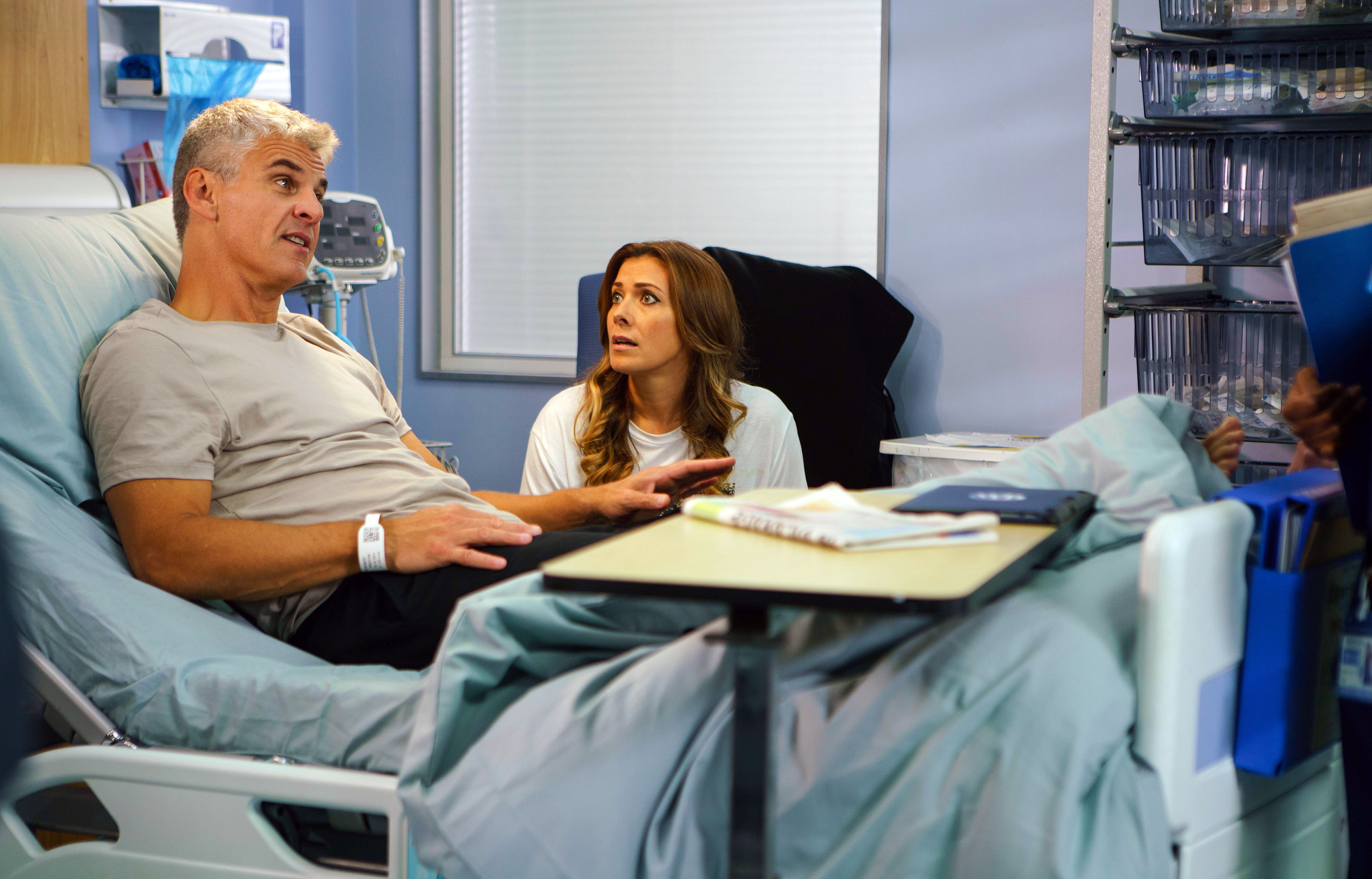 When does Michelle Connor find out that Robert has been cheating?

Recent images revealed that Robert sparks his own downfall next week after he crashes his car into a lorry and is left fighting for his life in hospital.

The accident will see his double life laid bare as fiancee Michelle Connor – played by Kym Marsh – rushes to his side.

But the former Rovers Return barmaid is confused why Robert is in Macclesfield, when he told her he was in Sandbach.

And she’s even more thrown when Robert – confused by the crash – witters on about a baby.

The bistro owner becomes increasingly suspicious when she sets eyes on his Big Daddy necklace – a gift from lover Vicky – by the bedside table.

After talking to her wing woman and cousin Carla Connor, Michelle decides to spy on Robert a few days later.

As Robert turns up at Vicky’s house to call things off, Michelle is outside watching and is stunned by what she sees.

Back on the cobbles, Michelle seizes her chance to get answers and confronts Robert over his betrayal.

A devastated Michelle also visits Vicky – but will his mistress reveal the extent of Robert’s lies?

Last month, it was revealed that Michelle would go ahead and marry Robert despite discovering his web of lies. 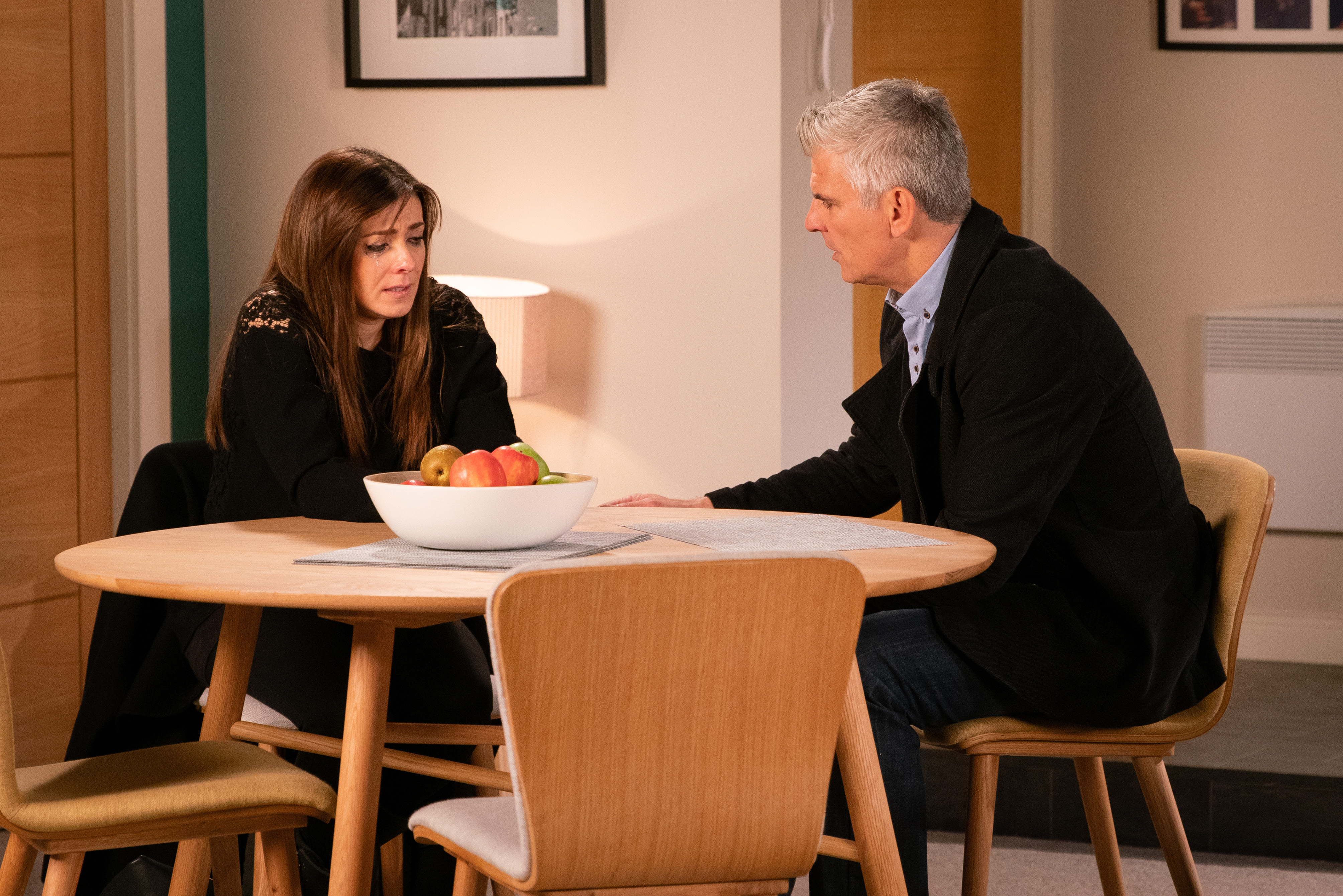 When does Michelle Connor leave?

It was revealed earlier this year that the Corrie star would be leaving her character behind after playing Weatherfield's Michelle for the last 13 years.

And Kym Marsh has spoken out to confirm that her Weatherfield departure will be ‘very soon’.

Speaking to Philip Schofield on This Morning, the actress confirmed she knows when Michelle's final scenes will air but teased:

“I do know, probably can’t say. But it’s soon, coming up very soon.”

Fans of the ITV soap will have to wait to find out the exact details surrounding Michelle’s Corrie exit, which are being kept firmly under wraps for now.

Will Michelle Connor ever return?

The actress has bid goodbye to Weatherfield to try her hand at being a serious TV detective on BBC One.

But a Corrie return isn't out of the question – as Kym Marsh confirmed that her character won’t be exiting the Cobbles in a body bag.

When quizzed by Philip over whether her character would die, Kym replied: “No. The door is open so that’s good.”

Has a U.S. College Given Russia Too Friendly a Platform?
Recent Posts