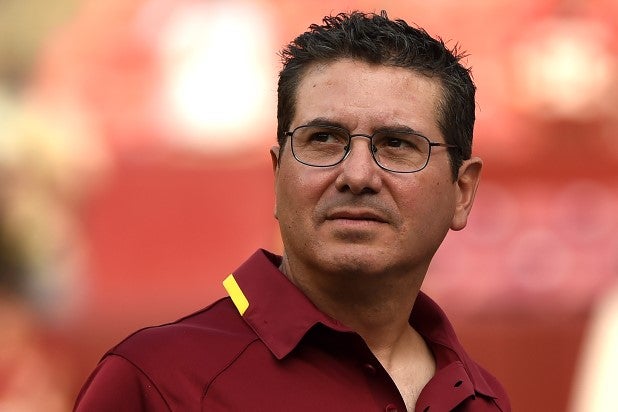 While the Washington Football Team’s NFC East championship and team owner Dan Snyder’s decision to rename the franchise (though only after succumbing to political and investor pressure) are major victories in the fight for dismantling harmful stereotypes, the organization’s underlying sexist culture must still be addressed.

The most glaring example of this pervasive culture is how the team’s senior leadership exploited female employees. As reported in the press, cheerleaders on the team were videotaped and their images distributed without their knowledge. Some cheerleaders were also asked to join friends of Snyder’s in private hotel rooms.

Accusations against the Washington Football organization go all the way to the top. The team paid $1.6 million to a former female employee as far back as 2009 when she accused Snyder of sexual misconduct. The National Football League has finally taken control of the inquiry into the disturbing accusation and the settlement. The NFL needs to seriously consider whether the settlement jeopardizes Snyder’s position as owner.

It is not surprising to find a team that is already recognized for its disrespect of Native peoples also has a history of sexism within its corporate structure. Former owner Jack Kent Cooke harassed the first female reporter to cover the team. If you see a particular group of people as lesser, it is far easier to abuse and exploit them. Like Fox News before it, it took over a dozen women employed by the team finally coming forward to make the regular abuse of women in a major organization a headline story.

Professional sports teams have been slow to address blatant sexist behavior and are only now being pressured to incorporate more inclusive hiring practices. Both Major League Baseball and the National Football League received grades of C from the Institute of Diversity and Ethics in Sports for their gender hiring in 2020. However, the MLB has made greater strides in representation in its upper management, as Kim Ng was recently hired as the general manager of the Miami Marlins.

This season, NBA fans got to see Spurs assistant coach Becky Hammon take over as head coach in a game against the Lakers, making her the first woman to act as a head coach in the NBA. Last month, the Chicago Blackhawks hired Jamie Faulkner as president of business operations. Her position as one of the top executives across all men’s professional sports highlights the fact that one advancement is not enough. (The Blackhawks remain one of the most recognizable professional teams that still use the image of a Native person as a logo.) But this progress can only be the beginning.

Sports teams and personnel, along with the general public, are becoming more sensitive to social justice issues. The murder of George Floyd at the hands of Minneapolis police ignited the racial reckoning currently playing out across the United States. Many corporations are attempting to stand in solidarity with communities impacted by racism. Squaw Valley Alpine Meadows Resort and the Cleveland Baseball Team are prime examples of sports entities responding to the public outcry.

Prejudice against Native Americans and sexism go hand in hand. While many of the images now being examined in sports are masculine in nature, often portraying Native American chiefs or warriors, Native women have also been stereotyped through the ages. From the butter maiden on the old packaging for Land O’Lakes to the prevalence of stereotyped images of the “Indian Princess,” sexism intersects with racism constantly in Native representation in popular culture. In the colonial period, European colonists used violence and rape as a conquest tool. Today, Native American and Indigenous women remain among the most victimized groups in the U.S.

It’s not surprising that female athletes and teams have shown a greater sensitivity to the national mood.  In Washington, D.C., the WNBA sits on the opposite end of the spectrum from the NFL team. The Mystics’ own Natasha Cloud opted out of the entire season to fight for social justice. During the opening of the 2020 season, players from the Seattle Storm and the New York Liberty walked off the court before the national anthem. They held a moment of silence for Breonna Taylor and wore warm-up shirts labeled with “Black Lives Matter.”

As the country begins to come to terms with its problematic history, its violence and racism, female employees and athletes are making their voices heard with the #MeToo movement. These concerns must be an essential part of the conversation. For change to take place in sports and in this country, systemic injustices, like sexism, also need to be addressed at all levels, from team names and marketing to the boardroom and the classroom, on and off the field.