Elvis Presley had many memorable catchphrases over the years. And no one was more tuned into his “secret language” than the Memphis Mafia – the black-suited, tight-knit group of associates, employees, bodyguards, and confidantes that served the King of Rock and Roll.

One of those well-known phrases was “TCB,” or “Taking Care of Business.” Among his close friends, Presley handed out necklaces with the familiar logo, accompanied by a lightning bolt. Sonny West, a member of the Memphis Mafia and Presley’s former bodyguard, revealed the meaning of the King’s motto in his 2007 memoir, Elvis: Still Taking Care of Business. 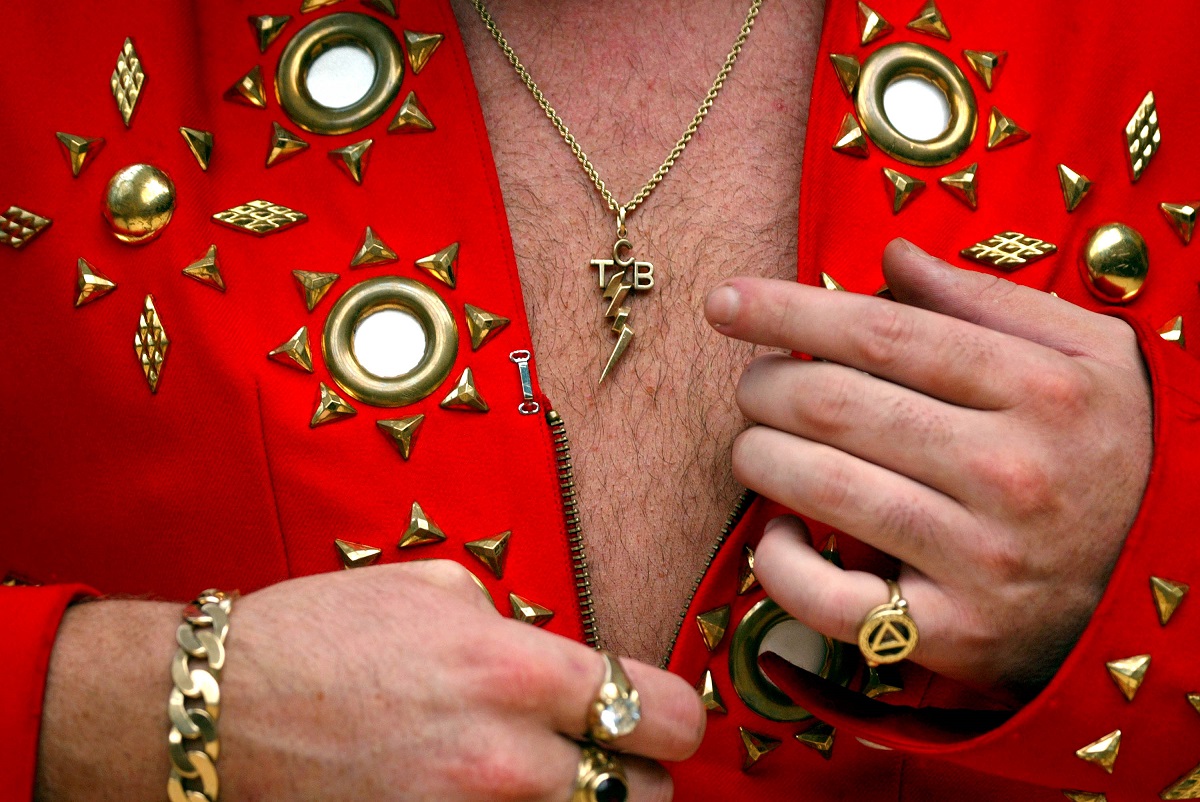 West claimed Presley designed the TCB logo with his ex-wife

In West’s memoir, he explained that the Memphis Mafia followed Presley without question (usually). The King of Rock and Roll was the undisputed leader of the pack. He was also a loyal and generous friend, often buying cars and other expensive gifts for his employees and confidantes.

According to Presley’s bodyguard, during his major tour in the fall of 1970, Presley – along with his wife at the time, Priscilla Presley – designed the TCB logo with the help of a jeweler. West explained that the logo and motto would soon become the Memphis Mafia’s “calling card.”

The Presleys commissioned a Beverly Hills jeweler to make 14-karat gold necklaces with the TCB logo for all the male members of his entourage. Presley, too, was often seen with one around his neck (as well as a ring bearing the same logo) for the remaining seven years of his life. He had “TLC” (“Tender Loving Care”) necklaces made in a similar style for all the important women in his life. 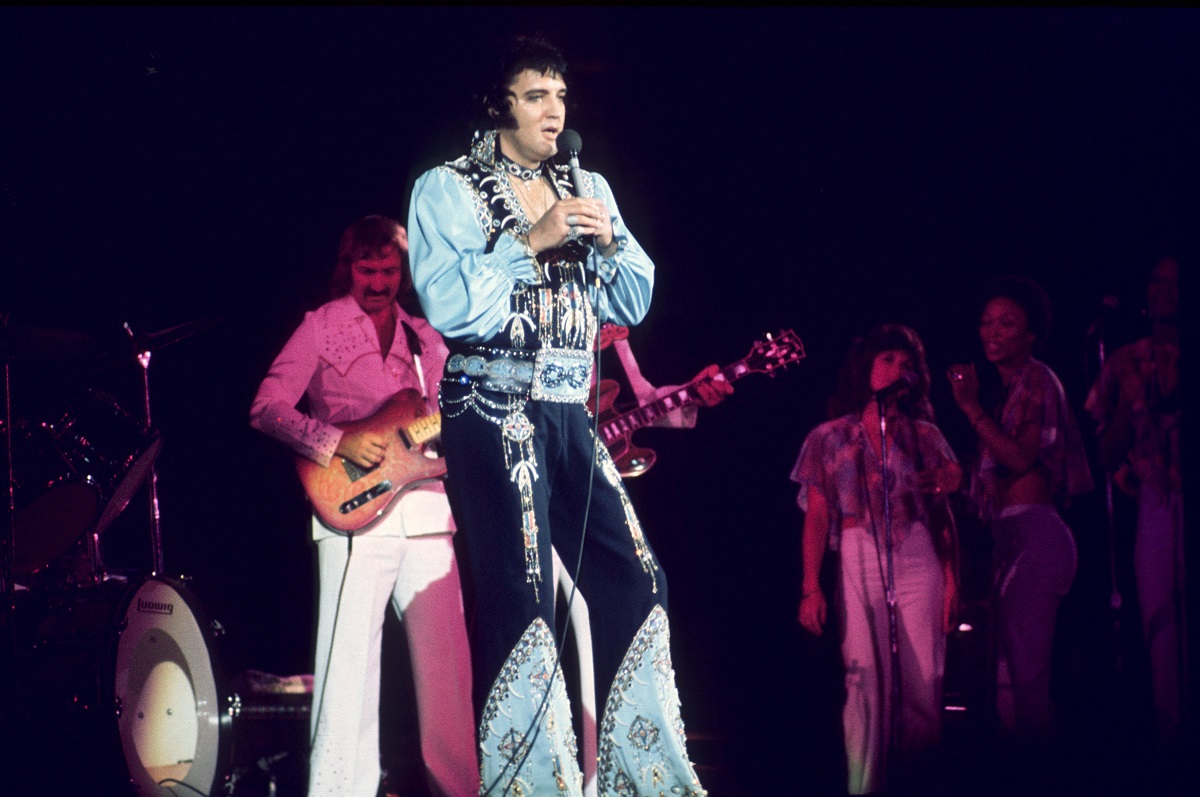 Presley had been using the phrase “Taking Care of Business” since the 1960s. It eventually came to hold a special meaning for those in his inner circle, who were expected to follow his lead – and were often generously rewarded for doing so. The King met many members of the group during his time as a military servicemember in the U.S. Army, while others had been close to him since childhood.

According to West, Presley’s closest confidantes adopted TCB as a “code in the inner circle…that meant [they] were to instantly drop whatever subject was being discussed.” He claimed it helped Presley keep things within his tight-knit group of devoted followers.

The lightning bolt on the logo meant “in a flash,” indicating Presley wanted the Memphis Mafia to do what he asked right away. The Hot Bid reports that Presley’s ex-wife was allegedly inspired to add the lightning bolt to the design after seeing lightning flash during a storm while the couple was traveling together by plane. 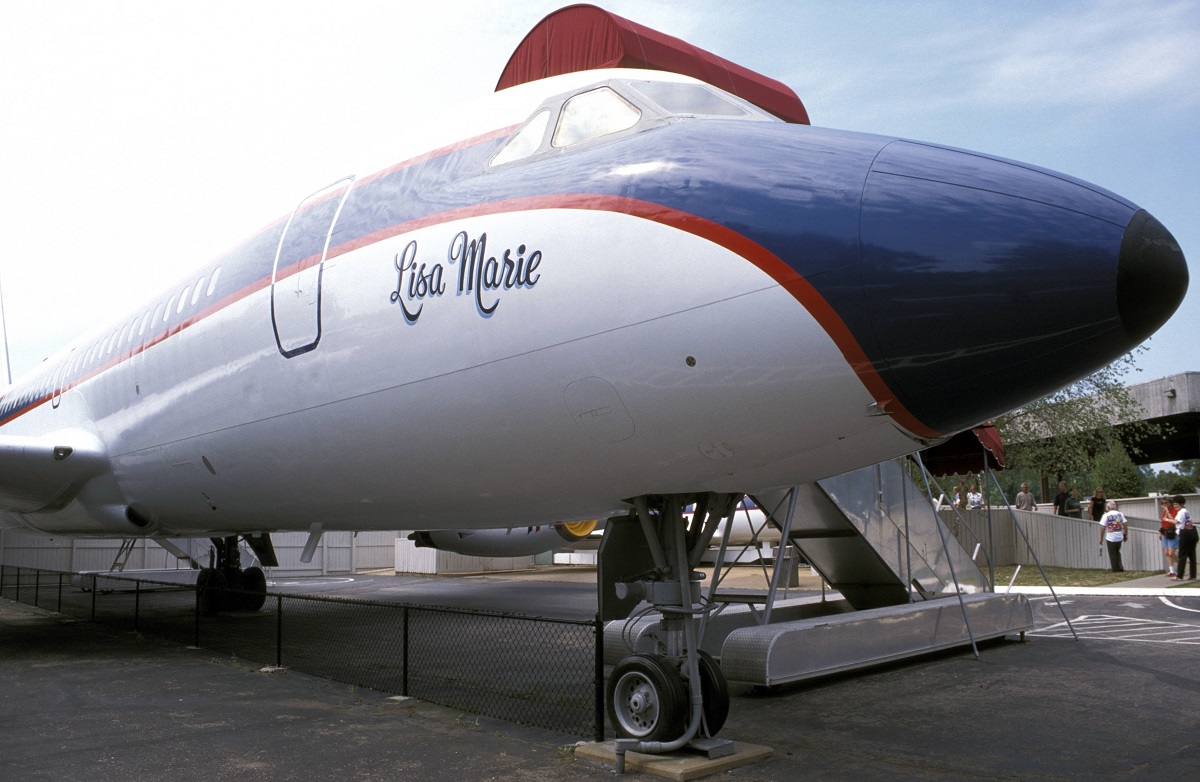 The motto and logo were widely featured in Presley’s memorabilia

The TCB logo became nearly inextricable from Presley’s “brand” in the subsequent years.

When Presley returned to live performances after his 1968 NBC comeback special, he named his core group of musicians the TCB Band. His film company was dubbed TCB Productions, and his private plane – the Lisa Marie – had the TCB logo prominently displayed on the tail.

Presley’s memorabilia was, and still is, often emblazoned with the same logo. West wrote that the King “eventually put the TCB logo on almost everything – T-shirts, rings, guns, badges, backstage passes, a wall at Graceland, and the tail of his jet plane, the Lisa Marie. It’s also on his tombstone at Graceland.”

Just as it did for his closest family and friends, the TCB motto came to hold a special significance over the years for many of Presley’s devoted fans. Today, many of the items sold in the official Graceland shop are adorned with the logo.