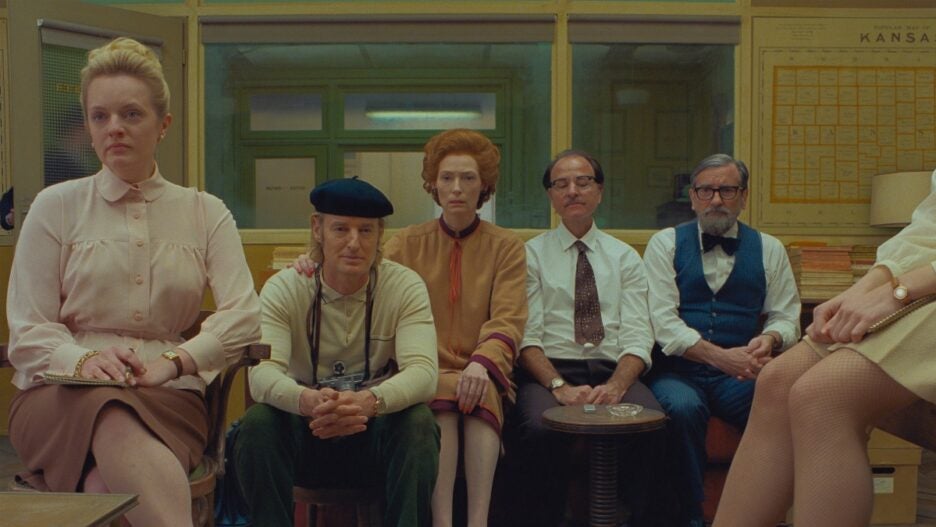 With “The French Dispatch” finally out, what better way to celebrate Wes Anderson’s latest film than with themed holiday gifts? While Anderson’s zany style may not be for everyone, it’s one of the biggest reasons why he commands such a passionate fan following. If you have loved ones who count themselves among them, this collection of Wes Anderson-inspired merchandise may contain just the holiday gift you’re looking for.

What started as an aspirational travel guide for Wally and Amanda Koval in 2017 eventually grew into a global Instagram community of Wes Anderson admirers. Featuring photos of destinations evoking the aesthetics of his films, the AWA Instagram platform assumed book form in 2020. “Accidentally Wes Anderson, The Book” compiles over 200 photographs and the stories behind them, and even includes a foreword by Anderson himself! Signed copies are available on the Accidentally Wes Anderson website. Find a copy at your local independent bookstore using IndieBound. Also available via Barnes & Noble and Amazon.

Starting in 2013, Matt Zoller Seitz has written five volumes on Wes Anderson’s works, featuring longform interviews with the writer-director, actors and other collaborators. His latest presents the complete story of “The French Dispatch,” from original concept to final cut. He’s also written separate books on “Isle of Dogs,” “The Grand Budapest Hotel,” and his first seven films in the first edition of “The Wes Anderson Collection.” You can order signed copies of all of the “Wes Anderson Collection” books through the MZS World Store. Also available via Abrams Books, IndieBound, Powell’s, Books-A-Million, Indigo or Bookshop.

When in doubt, you can’t go wrong with a hard copy of your loved one’s favorite Wes Anderson film. The Criterion Collection has released eight of his films (minus “Isle of Dogs” and “The French Dispatch”), complete with director-approved, special edition features and beautiful reimaginings of the films’ poster art. All 10 films are also available for purchase at Barnes & Noble, where The Criterion ones are 50% off through Nov. 29.

Among the Wes Anderson-inspired merch that abounds on e-shops like Etsy and Redbubble, Society Of The Crossed Keys stands out for its extensive collection of replica props. Ranging from affordable to quite pricey, the site also features clothing, art, and home goods inspired by all 10 films. Here’s a pair of Suzy Bishop’s green beetle earrings from “Moonrise Kingdom.”

Fans of Wes Anderson’s latest film will enjoy this Zeffirrelli T-shirt from Society Of The Crossed Keys. Featuring an image of activist leader Zeffirrelli (Timothée Chalamet) in front of a police barricade, a version of it was worn by student protesters in “The French Dispatch.” This way, you can wear merchandise and a replica costume at the same time.

Richie’s Sunglasses from “The Royal Tenenbaums”

For a gift that blends fandom and fashion, check out Society Of The Crossed Keys’ replica Richie Tenenbaum sunglasses. Worn with a tan sport coat and striped sweatband, the wearer will be instantly recognizable as Luke Wilson’s character in “The Royal Tenenbaums.”

If your gift-giving recipient is looking to spice up their home decor, there are tons of stunning options to choose from on Alternative Movie Posters’ website. The site sells everything from creative reimaginings of Wes Anderson film posters to portraits of his iconic characters. Check out this gorgeous floor plan illustration of Hotel Chevalier from “The Darjeeling Limited” or this multimedia-style poster for “The Life Aquatic with Steve Zissou.”