Virgin River season three will be arriving on Netflix on July 9 and fans are keen to see how the relationship develops between Jack Sheridan (played by Martin Henderson) and Mel Monroe (Alexandra Breckenridge). The trailer has given away some detail on what to expect, and it shows Jack’s friend Preacher (Colin Lawrence) taking care of Christopher (Chase Petriw). Has Christopher’s mother Paige (Lexa Doig) left the show?

Virgin River has seen various residents come and go in the two seasons that have aired so far, and some new faces will be joining season three.

The trailer for the third season introduces Jack’s sister Brie (Zibby Allen), and Stacey Farber will be joining as Lilly’s (Lynda Boyd) daughter.

One character fans have not seen since season two is Paige Lassiter, the owner of the bakery truck and Christopher’s mother.

She was starting to form a romantic relationship with Preacher when someone from her past returned to haunt her.

Fans discovered she had been on the run from her ex-husband Wes (Steve Bacic), who had abused her and accused her of kidnapping Christopher. 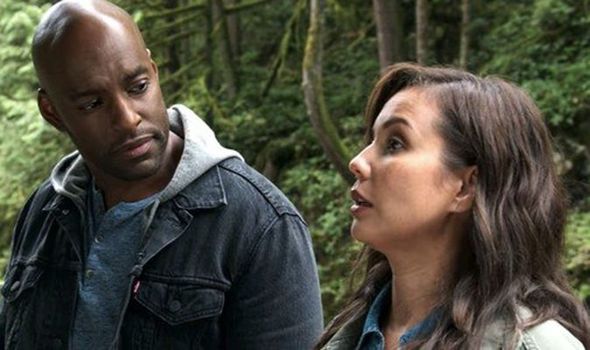 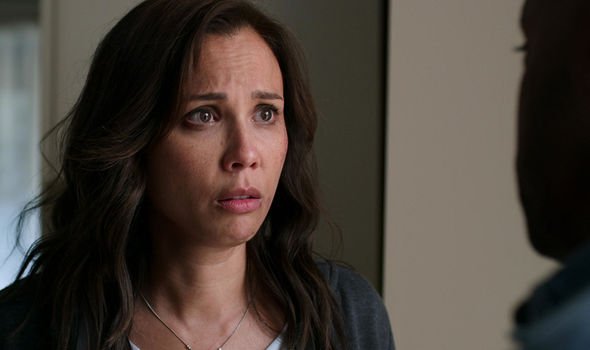 She moved to Virgin River and changed her name, until she was found out by Preacher.

He had discovered a driving licence in her car which proved she had been using a fake name, and she revealed the truth to him.

She ended up accidentally killing Wes during a heated row and it was Preacher who helped her dispose of the body.

He then told her to get out of town, and she was not seen again. She has not made an appearance in the season three trailer and fans are wondering whether she has left for good.

In the trailer, Preacher is seen taking care of Christopher, who appears to be injured in some way. 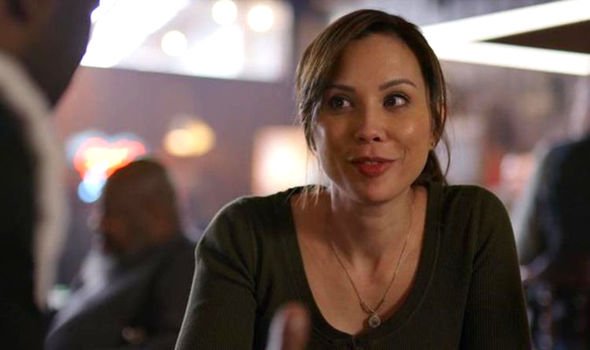 He is heard saying: “I don’t know what I would have done if something had happened to him.”

It seems he agreed to take care of Christopher whilst Paige remained in hiding, out of fear Vince (Ian Tracey), the twin brother of Wes, would hunt her down.

In the trailer, Preacher goes on to say: “Maybe he should be with someone else” as Christopher receives emergency treatment.

With this in mind, it seems Paige will not make an appearance any time soon as Christopher is unlikely to return to her.

Actress Doig is on Instagram and she has not shared anything regarding the latest season of the drama. 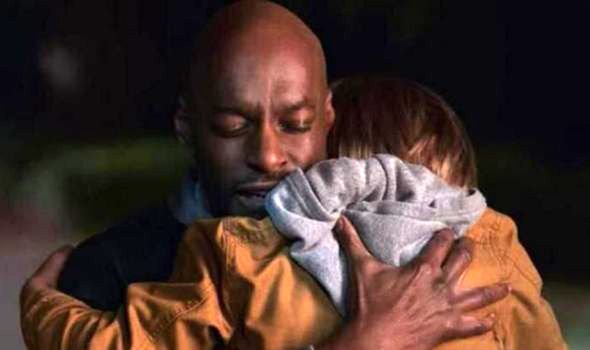 From her social media accounts, it seems she has been investing her time in charity work and other projects.

As she has not been promoting the series, she may not be making a physical appearance in the show.

She is likely to be referred to in passing as the storyline involving Preacher and Christopher continues to develop.

One said: “Oh no. Finally finished Virgin River, and Jesus Christ I need season 3 ASAP. How could they have finished on 3 peoples safety being up in the air!? Paige.. where is she? Doc… Is he dying? Jack… will he survive? Oh my heart is broken.” [Sic]

Another said: “I need virgin river season 3, what happened to jack, is he going to be ok? What is wrong with doc? Is paige/michelle deadd?!! You can’t just end a season like this.” [Sic]

The actress has not given anything away as to whether she has left the series for good, so fans will have to wait until more information is revealed.

Thankfully only a few days remain before fans get the answers they have been waiting for.