From Sundance’s New Frontier program to the SXSW Gaming Expo to the sensation that Alejandro González Iñárritu caused in 2017 when he brought VR to the outskirts of Cannes, major film festivals the world over (and/or the organizations that contain them) now consistently offer robust sidebars devoted to interactive media. But when it comes to video games, the Tribeca Film Festival stands alone: No top-tier film fest has done as much to recognize video games’ unique storytelling potential, or been so committed to elevating the medium to its rightful place alongside the more “prestigious” arts.

Perhaps that’s because Tribeca Film Institute co-founder Jane Rosenthal has a longstanding interest in video games (and even compelled Tribeca Interactive to produce one back in the ’90s). Or maybe it has more to do with the fact that Tribeca is the newest of the annual mega-festivals, and came of age at a time when emergent technologies were allowing cinema and gaming to become more entwined than ever before.

Whatever the reason, Tribeca was far ahead of the curve in 2011 when it minted Rockstar Games’ “L.A. Noire” as the first video game ever programmed as an Official Selection at a film festival. What might have seemed like a sly marketing gimmick soon revealed itself to be the start of a sustained effort to bridge the gap between two increasingly overlapping art forms. Subsequent years saw Tribeca showcase a wide array of other “cinematic” games, ranging from the “Myst”-inspired “What Remains of Edith Finch” to immersive epics like Santa Monica Studio’s revered “God of War” reboot and Kojima Production’s “Death Stranding” (an unclassifiable experience that amounts to a full-scale assault on the border that separates movies and video games).

By 2018, the festival’s unrivaled focus on gaming had grown large enough to spawn its own parallel event called Tribeca Games, and now — in a move that “Death Stranding” mastermind Kojima Hideo will surely approve of — Tribeca Film Festival and Tribeca Games are going to be knotting back together in a way that promises to strengthen them both. Starting with the 2021 edition next summer, the Tribeca Film Festival will open submissions for video games to join the program as Official Selections, a move that will effectively sew gaming into the heart of the festival 10 years after “L.A. Noire” launched there as an outlier. 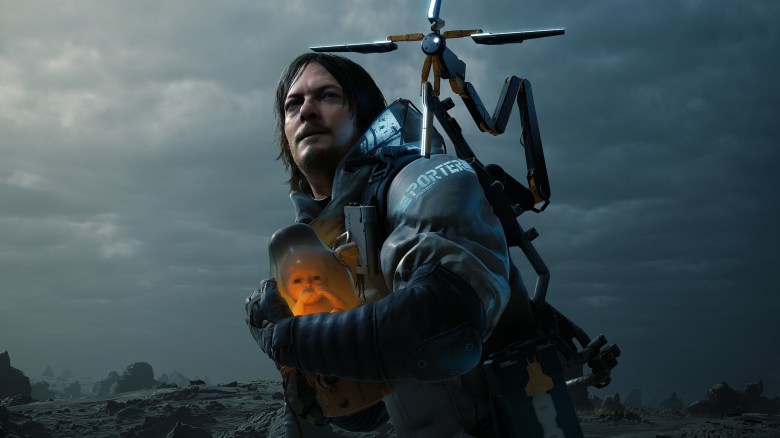 The games programmed (heh) at the fest will be eligible for the inaugural Tribeca Games Award, which will reflect Tribeca’s continuing emphasis on the narrative possibilities of interactive entertainment. As Rosenthal put it in a press release that was put out alongside the announcement: “Where there was once a clear delineation between media, there is now a blurring of the lines — stories have become games and games have become stories. Broad recognition for voices at the forefront of this ever-changing landscape is long overdue, and we intend to be a home for these creators whose incredible work should be celebrated.”

In other words, expect the lineup to look a lot more like “The Last of Us Part II” than “Fortnite.”

Nia DaCosta will help to make sure of that. The “Candyman” director and noted “Last of Us” superfan (she guested on the series’ official podcast prior to the release of its sequel this summer) is one of the seven film and gaming luminaries who’ve been appointed to the newly-formed advisory board that will help weave gaming into the Festival with the seamlessness of a platformer running at 60 frames-per-second.

Joining DaCosta on the advisory board are Jon Favreau (the “Zathura” one, not the podcast one), EA co-founder Bing Gordon, The Game Awards producer Geoff Keighley, Remedy Games creative director Sam Lake, Halo Transmedia & Entertainment head Kiki Wolfkill, and — this is especially exciting — Mr. “Death Stranding” himself Kojima Hideo, whose “Metal Gear Solid” franchise was instrumental in advancing the notion of “cinematic video games” beyond its early roots in the FMV experiments of the ’90s.

Casey Baltes, Vice President of Tribeca Games, offered that “games have proven to be one of the most sophisticated storytelling vehicles today — not only with narrative but also with incredible artistic mastery, the creation of highly immersive worlds, and providing meaningful connections to communities all over the world.”

And while “storytelling” in its purest sense only reflects a portion of what video games have to offer, it’s high time that film institutions formally recognized what the medium is bringing to the table in an age when movies are being coded as much as shot, and video games are playing host to some of the most human screen performances you’ll see in a given year (Ashley Johnson’s work in “The Last of Us Part II” is proof enough of that).

While many of its highlights will now be celebrated alongside the films of the festival’s main slate, Tribeca Games will continue to feature its own events, presentations, and conversations with major figures of the video game industry. In addition to the Tribeca Games Award, the titles showcased will be considered for the NOW Creators Market, which is being billed as “a first-of-its-kind, daylong, private industry market that brings together leading online and immersive storytellers to pitch new projects to distributors, agencies, brands, and more.” And while some AAA console games will surely be in the mix, eligible submissions also include anything created for web, virtual reality, augmented reality, and mobile devices. Submissions are open as of today.