“I can’t wait to get back to bitching about how long a bus ride is or complaining about backstage toilets,” Oscar nominees for “Mank” and “Soul” tell TheWrap 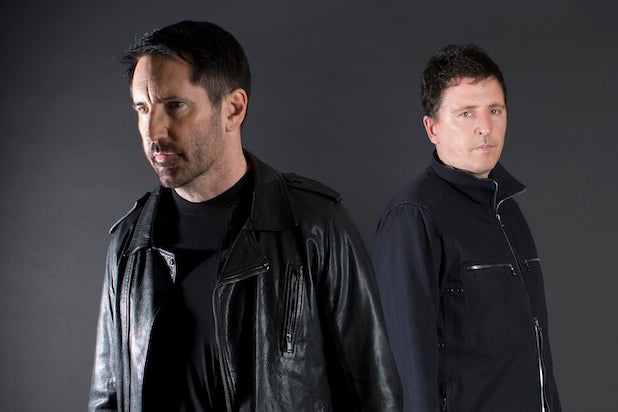 Trent Reznor and Atticus Ross scored not one but two Best Original Score Oscar nominations this morning, for “Mank” and “Soul.” Those films, along with their score for the HBO series “Watchmen,” wrap up a string of “pretty disparate projects” for Reznor and Ross, and while the pair said the nominations are “humbling” and “flattering,” they’re really just itching for one thing: getting back in front of crowds to perform as Nine Inch Nails.

“Usually when we finish a tour, we both have had enough of it,” Reznor told TheWrap on Monday. “Now that I can’t go out, it’s triggered the teenager in me that now desperately needs to go out, and I can’t wait to get back to bitching about how long a bus ride is or complaining about backstage toilets and all those things. God, it sounds good.”

Reznor and Ross are no stranger to the Oscars; in 2010, the pair won in the Best Original Score category for their work on David Fincher’s “The Social Network.” This time around, they contributed spiritual, spacey sounds for Pixar’s animated “Soul” and vintage, big band-inspired music for the period drama “Mank” — but despite the contrast, the scores have more in common thank you might think.

“Whether it’s a synthesizer or an orchestra, they’re tools to deliver the emotion,” Ross said. “I can recognize a certain aesthetic across all the work, just because of their identity, in the way that you are you and you have your own experiences in the way that you communicate. There’s a commonality deep down between just one’s experience in life.”

Reznor added, “The magic, the part that makes us love what we do, is being able to immerse ourselves almost subconsciously into the story, into the character and the feeling, and then tap into that emotion using the tools we’ve already thought about. That feeling of connection is the same thing we’re trying to do when we’re writing a song in Nine Inch Nails, which is to emotionally connect with you, to feel that thing, bring it to life. That was very similar between all of those projects.”

“Soul,” in particular, was a special case for Reznor and Ross, who had been tinkering with the score for years and knew early on that they wanted to collaborate with Jon Batiste (also nominated) on the film’s jazz arrangements.

“Immediately there was a warmth and openness and collaborative generous spirit where, ‘Hey, let’s share everything we do and see if anything motivates or inspires the other and just keep abreast of how this is proceeding,’” Reznor said. “And Jon is such an incredible musician. There’s this innate understanding. That’s rare in people, and if you encounter it, it’s really inspiring — someone innately understands without words what you’re trying to do and can, without even really discussing it, put themselves in a piece of music and bring it to life. You can tell they’re bringing their own experience and skill. Jon really has that and is a pleasure to work with.”

Reznor and Ross said they never go into a project thinking about awards, but they admitted it’s certainly nice to be recognized by their peers — even in a year when it “doesn’t all quite feel real.”

“When we finish these films, we look at each other and go, ‘This is really good, we’re proud of this work, we feel we did the best we can do here and surprised ourselves.’ And that moment, which happens long before anyone sees the film, is what we’ve come to aim for,” Reznor said. “It’s not about the melody or the theme that cleverly pops up. It’s about, you can tell when you get it right because you get goosebumps. Hopefully the director agrees with you, or he’s wrong in that case.”

Tammy Slaton Responds To Rumors She Attacked A Nurse