Home » Too Hot To Handle season 2 cast: Who is Chase DeMoor? Too Hot To Handle season 2 cast: Who is Chase DeMoor?

Too Hot To Handle: Netflix teases second season of show

Too Hot To Handle became an instant hit when its first season was released on Netflix last year. Now, the dating show with a twist is back with 10 more singletons expecting to get lucky on this once-in-a-lifetime summer vacation but little do they know what they have signed themselves up for. Lana, the show’s answer to Alexa, will once again be keeping a watchful eye on all of those tempted to break the rules.

If you didn’t manage to watch series one of Too Hot To Handle, then the concept is pretty simple.

The contestants have been brought to a luxurious location for what they believe is a dating show where they get to spend all their time tanning and hooking up.

However, what they don’t realise is that they are on Too Hot To Handle, a series where it is against the rules to conduct any sexual activities, which is anything from kissing to going all the way.

Their actions do have consequences as the grand prize of £100,000 will decrease every time someone doesn’t do what they are told and keep their hands to themselves. 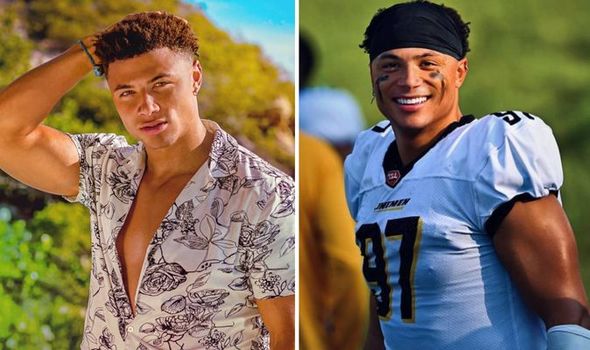 A post shared by Too hot to hande – Chase(@chasedemoor)

Who is Chase DeMoor?

One of the 10 singletons who will be starring in season two of Too Hot To Handle is Chase DeMoor.

The 24-year-old is a professional football athlete who has played for the likes of the Arizona Rattlers and the Houston Linemen.

His position with the Linemen in the Spring League – a professional football development league – is the defensive end.

While the series has only just been released, Chase already has an incredible online following. 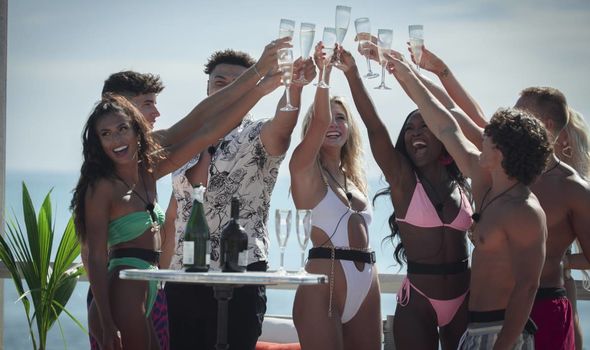 A post shared by Too hot to hande – Chase(@chasedemoor)

Even before the casting announcement, Chase was a star on TikTok with more than one million followers.

In one of his videos, Chase says he has the “best hands on TikTok” for catching footballs in unusual circumstances, including while doing gymnastics.

If this is the case, then it will be interesting to see how the football star gets on in the villa.

The trailer for series two does hint that Chase is looking for an opportunity for self-development while on the beach retreat.

Referring to an unknown incident, he said: “That really brought a lot of emotion that I didn’t even know I had.”

This enlightening moment was brief as a giant bug lands on his face which he then tries to swat off.

The entirety of series two, however, is not yet ready to watch on Netflix.

Only the first four episodes of the dating show have come out on the streaming service today, Wednesday, June 23.

Fans will have to wait a little longer for the remaining six instalments to be dropped.

They are going to be ready to watch on Netflix from next week, Wednesday, June 30.

Too Hot To Handle is available to watch on Netflix.