The Voice 2021 kicked off with a bang on ITV last night as Sir Tom Jones, will.i.am, Olly Murs and new judge Anne Marie put another round of budding singers under the spotlight. And while the coaches and viewers alike were blown away by the talent on show, it was a touching moment towards the end of the episode which had Tom feeling rather emotional. In sweet scenes, will.i.am had surprised the 80-year-old with a clip of Stevie Wonder, leaving barely a dry eye on the judging panel.

Moments after the judges bid farewell to another successful act, the ITV cameras caught a conversation between The Voice stars.

Will.i.am was keen to learn more from his colleague as he probed: “Tom, who were your singers that you looked up to growing up?”

“And when you get a chance to sing with them you think this is tremendous!”

The Black Eyed Peas singer then weighed in with his verdict: “I like the people who can make what’s in their head come to life. Your Princes, I love Stevie (Wonder).” 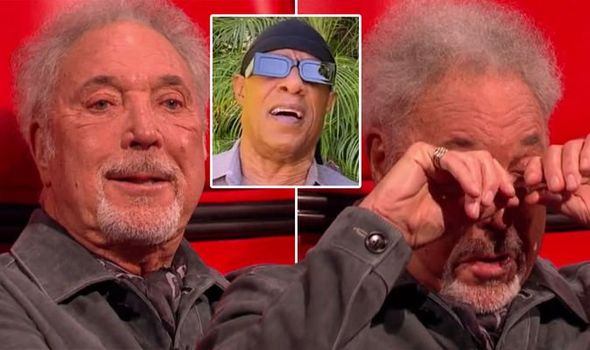 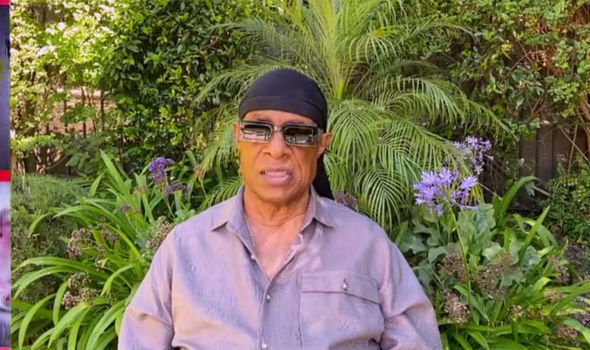 “Have you worked with Stevie Wonder, Tom?” Will.i.am asked – teeing up the surprise he had in store.

An enthusiastic Tom replied: “Yeah, yeah, he was on my TV show. We did a medley of his songs. He’s a great musician. We became friends and he’s a wonderful person.”

Moments later, will.i.am brought up a clip of Stevie playing the harmonica, prompting a stunned reaction from Olly and Anne Marie.

Tom watched on intently as his old friend shared a sweet message to the panel. 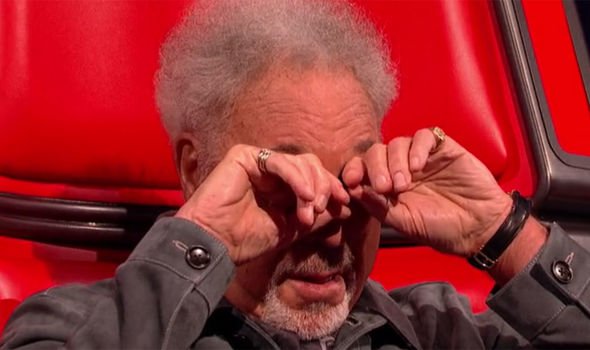 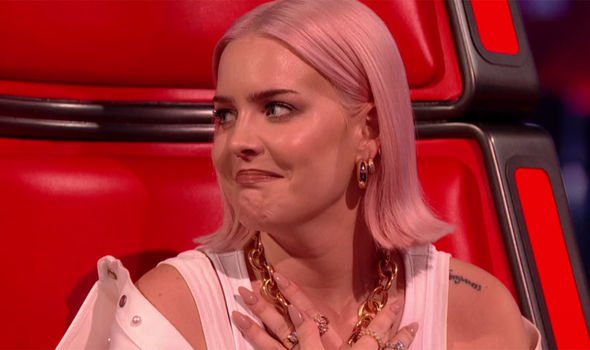 “Gotta get this right,” Stevie began before continuing in a jokey accent. “Because it’s for Sit Tom Jones.”

Stevie continued: “I feel so very happy to congratulate you as you celebrate 80 years on this planet.”

After a quick blow on his harmonica, Stevie then broke out into a rendition of Tom’s classic hit, It’s Not Unusual.

“Wow,” Anne Marie said as she began to well up while Tom beamed with joy watching his friend sing.

DON’T MISS:
The Voice UK: Tom Jones’ regret as no one turns around for contestant
The Masked Singer: Blob ‘unveiled’ as Lenny Henry as fans spot clue
Lorraine Kelly faces harsh criticism as she attempts to defend Piers

Once he’d finished singing, Stevie had plenty more kind words for Tom and it didn’t take long for the emotions to boil over.

“I had the pleasure of not just meeting that person who sang that song, but meeting a new friend,” Stevie said.

He added: “And I know that that friendship will last for a lifetime. So many wonderful moments we’ve shared.”

Stevie then reminisced about the two’s working days together before signing off: “I love you with my whole heart.”

As the cameras returned to the studio, all four judges gave Stevie a round of applause as an emotional Tom tried to regain his composure.

“You got me there, Will,” Tom added as he remained choked up by the touching clip.

The Voice continues Saturday on ITV.

After Nearly Divorcing, Ne-Yo Re-Proposes To His Wife, Crystal Smith