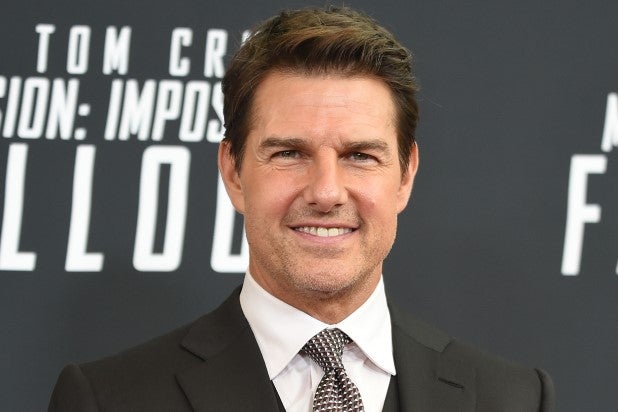 We’re used to Tom Cruise yelling at us from a movie screen, but we’re not exactly used to hearing him yell at people on a film set. And that’s exactly what we heard yesterday, when an audio from the set of “Mission Impossible 7” surfaced that included Cruise screaming at the London-based film crew for breaking COVID-19 protocols. In his tirade, Cruise (who also serves a producer on the film) reminds them that what they’re doing on set is a model that Hollywood is looking up to — and that they better not screw things up.

“They are back there in Hollywood making movies right now because of us, because they believe in us and what we’re doing. We are creating thousands of jobs, you motherf–ers,” he yells in the recording. “I don’t ever want to see it again. Ever! And if you don’t do it, you’re fired, and I see you do it again, you’re f–ing gone.”

Unsurprisingly, it didn’t take long for Cruise’s tantrum to go viral. But even if it’s not a great look to have one of the most well-known actors screaming at people who are making his movie, it’s hard to criticize Cruise for his outburst when he has a valid point. And a lot of Hollywood stands with him.

“If you’ve shot during the pandemic, you know the Herculean effort it is to keep a project going within Covid protocols,” director Ava DuVerney tweeted. “Then some dude doesn’t wanna wear his shield? Nah. Been there. Felt the rage. Also: If I did that on set, I’d be directing icing videos for the local bakery.”

“Tom Cruise was easy on them,” tweeted actor Roger Clark. “The industry is crippled. Anyone lucky enough to be working right now who can’t follow safety guidelines is spitting in the face of ALL the colleagues who have been unemployed since March, had to sell their homes, move back in with their parents etc.”

Paramount had no comment and a rep for Cruise and Skydance did not immediately respond for a request for comment.