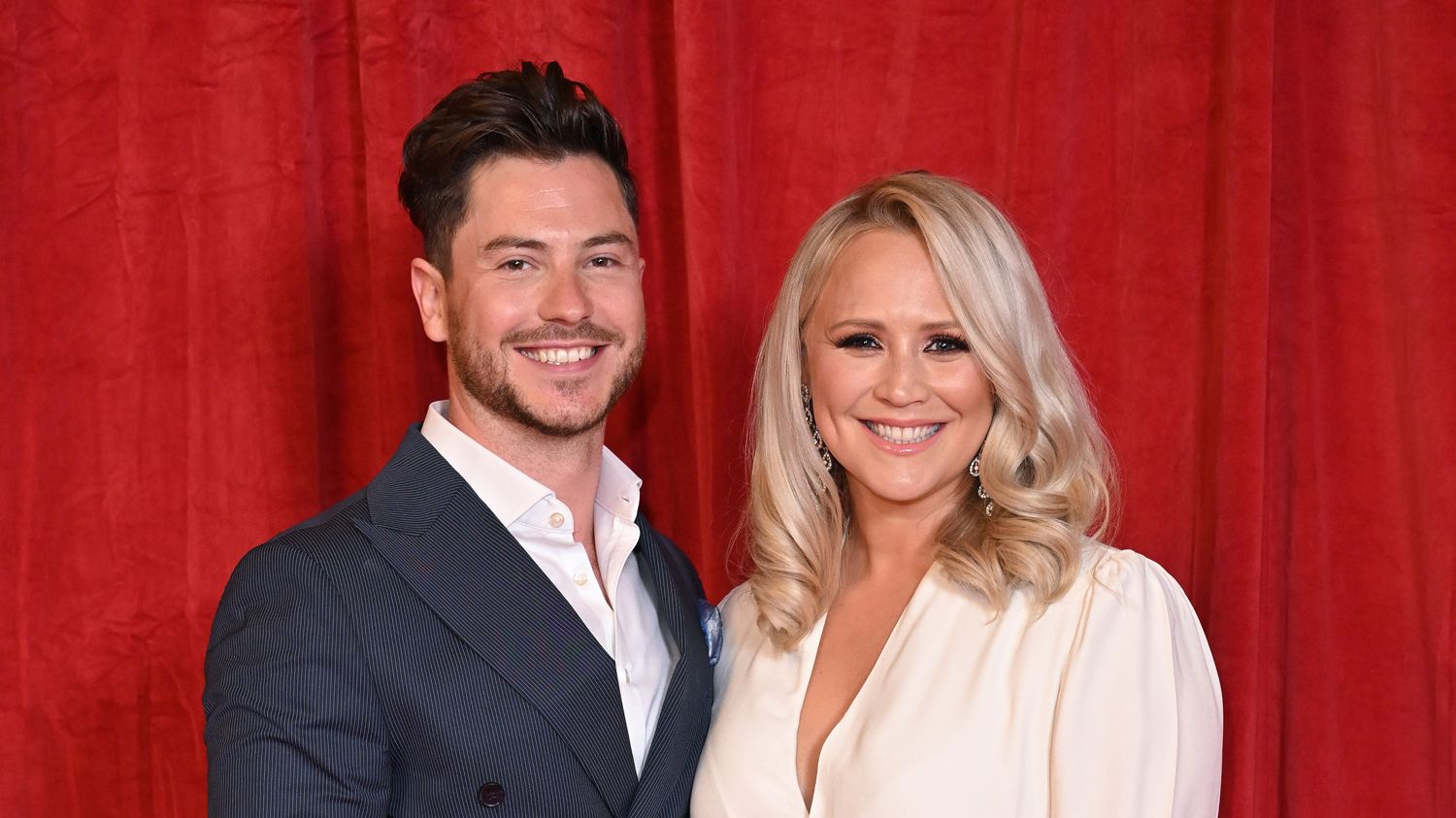 Real life soap couple Toby Alexander-Smith and Amy Walsh, best known for playing EastEnders’ Gray Atkins and Emmerdale’s Tracy Metcalfe, have been reflecting on his marriage proposal and how it almost didn’t happen

Back in August, Amy posted a picture on Instagram of her engagement to Toby: ‘Before. During. After. 💞💎’ she wrote alongside snaps of the two of them in a seafront bar in Ibiza – with Amy showing off her engagement ring in one of the pictures.

Now the couple are thinking about wedding plans, but first they’ve been sharing with OK! magazine details of the proposal.

‘I did it at a beach club overlooking the sea,’ Toby recalled. ‘My plan was to have a few cocktails and walk Amy to the beach and get down on one knee but she kept insisting on staying at the venue because she thought it was so beautiful.

‘At one point I thought I’m going to have to text the family and say “abort mission, it’s not happening!”’

Amy and Toby met when they were seated together in the audience for Strictly Come Dancing in 2019. Two years later they welcomed their first daughter, Bonnie.

Just as Toby began to think his proposal was never going to happen, he said that the conversation ‘naturally’ turned to them spending the rest of their lives together.

‘I seized the opportunity,’ he said.

Amy took up the story, adding: ‘We were being gushy about how crazy it was that we only met three years ago and how we sat next to each other that night at Strictly. He told me he wanted to spend the rest of his life with me and then he pulled out the ring at the table.

‘I was in disbelief!’ she continued. ‘I thought he wouldn’t be on that page, as we were so all-consumed by Bonnie.

‘I was so happy and obviously said yes and just picked the ring out of the box and put it on myself! I asked Toby if anyone else knew and when he said he’d told my family I burst into tears.

‘It was that feeling of them all knowing it was about to happen and how thoughtful he’d been. Time stood still.’

And Toby, who’s obviously not at all like the nasty character he played in EastEnders, added, ‘I had a lump in my throat – any time Amy cries, I cry.’

The romantic beach-front proposal has made Amy think that she would like a similar location for the wedding.

‘We’d love to get married where we got engaged or somewhere similar. We’re definitely thinking abroad, just not sure where yet!’ she said.

‘We want Bonnie to be at an easier age where she’ll be handed over and fine, so we might do it in 2024.’