THIS Morning reporter Josie Gibson tumbled screaming into a lake live on the show today.

Viewers then watched on in horror as she was hauled out by a nearby man – with her bum filling the screen. 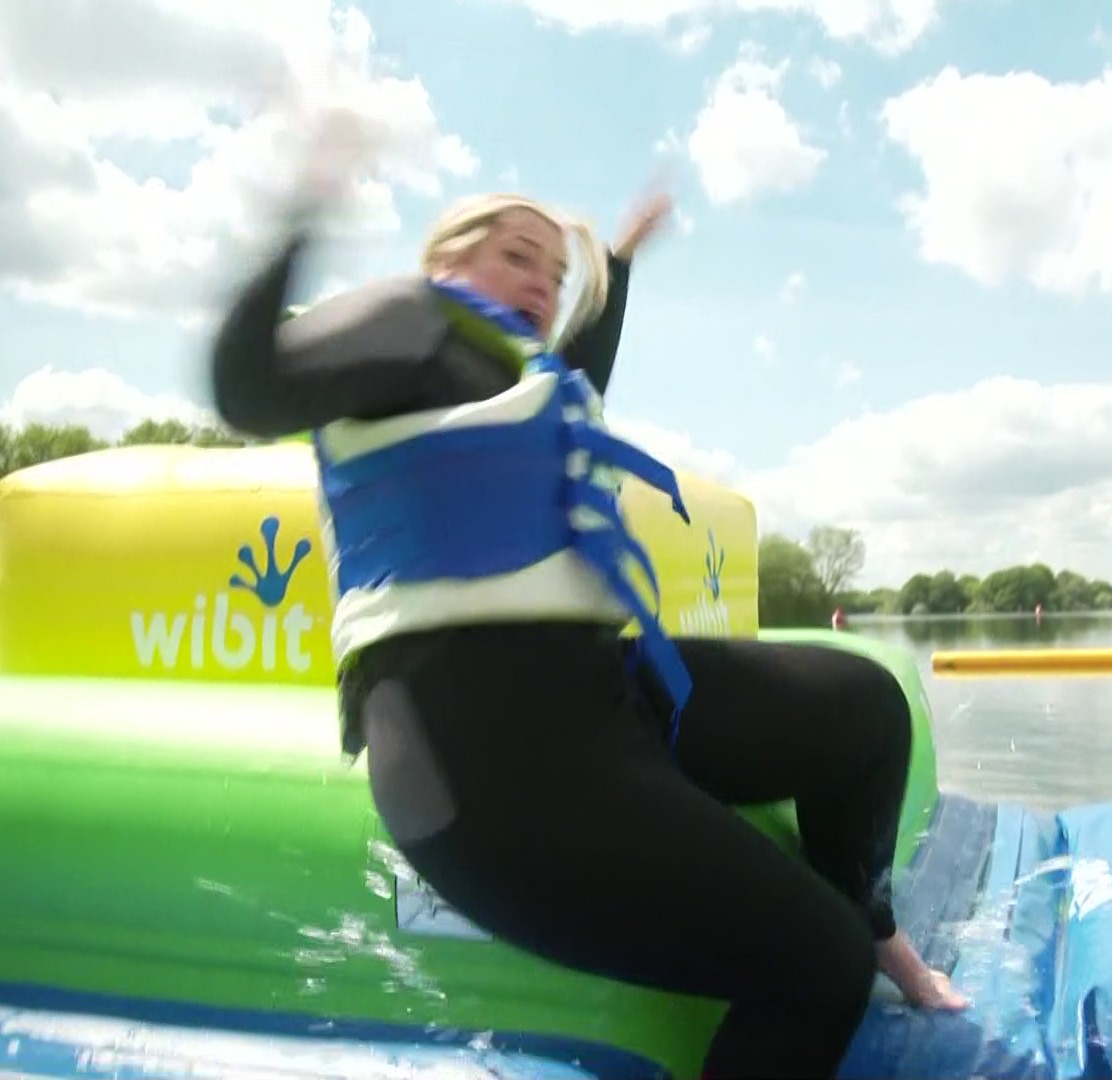 The bungling 36-year-old ran the risk of wrecking a host of costly sound recording equipment when she toppled off a floating obstacle course today.

She yelled: "That wasn't mean to happen! My mic is really expensive."

But things went from bad to worse as she was hauled out of the water with her bum looming into the camera.

She had been attempting to jump between floats in a life jacket while presenting a live competition in Berkshire. 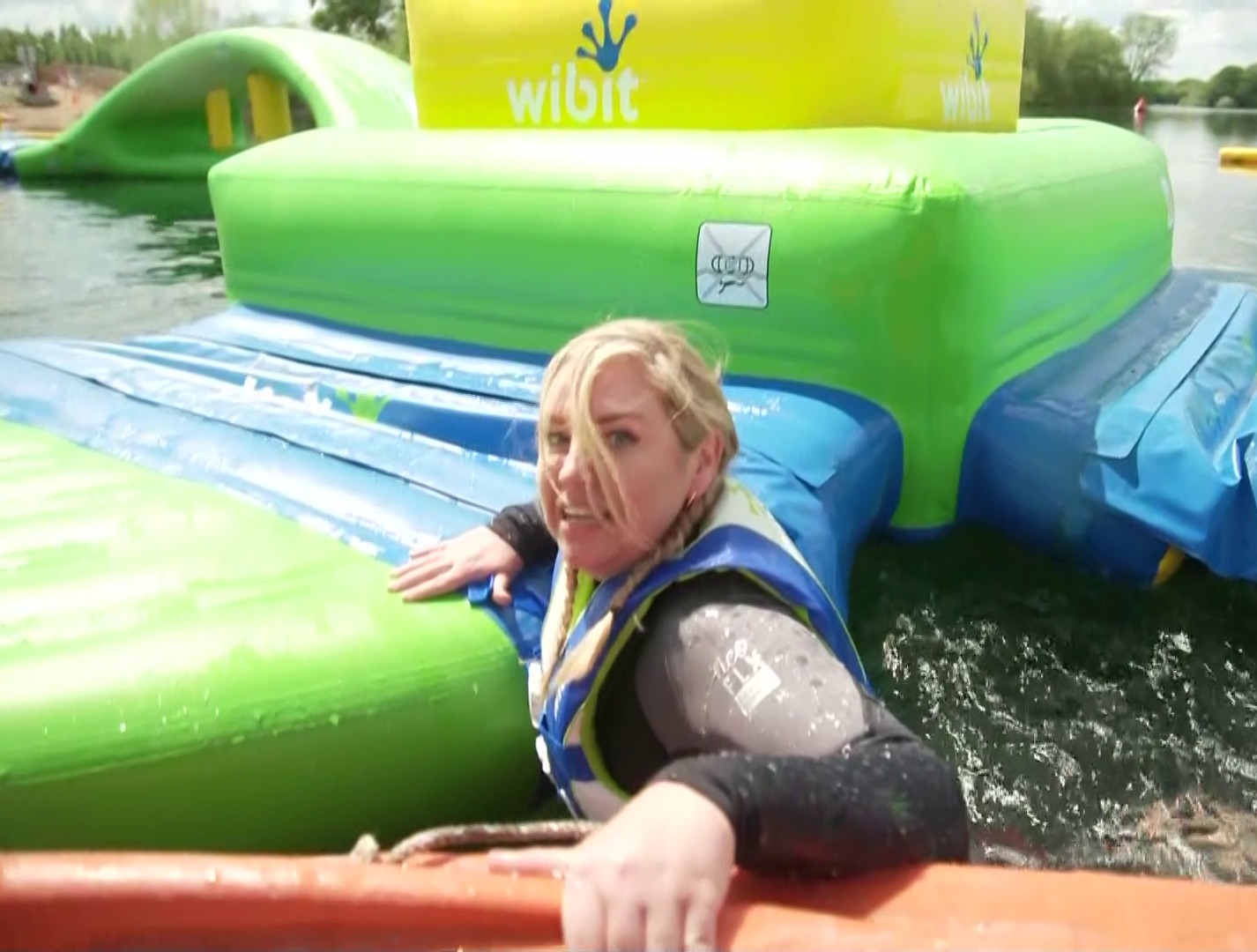 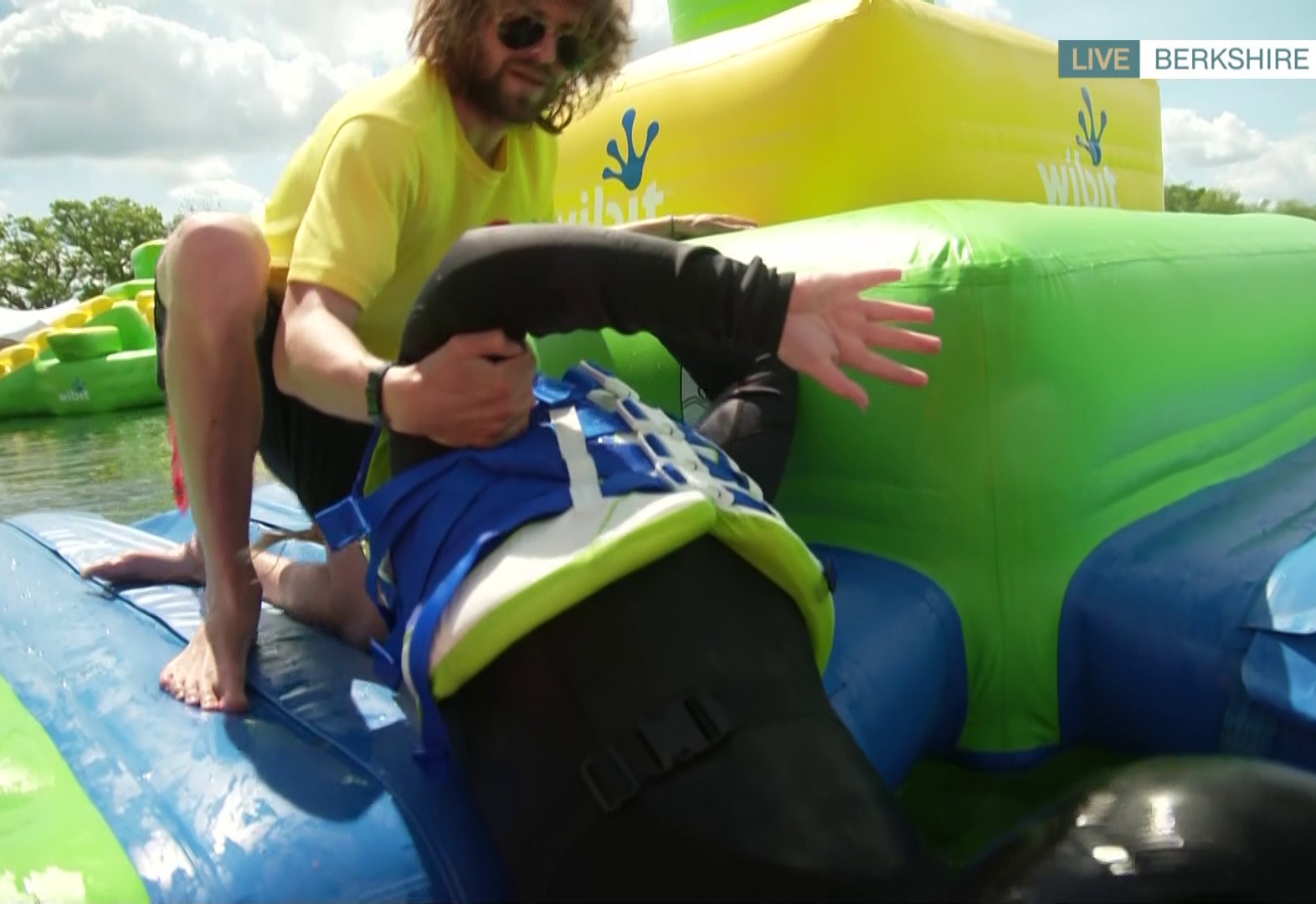 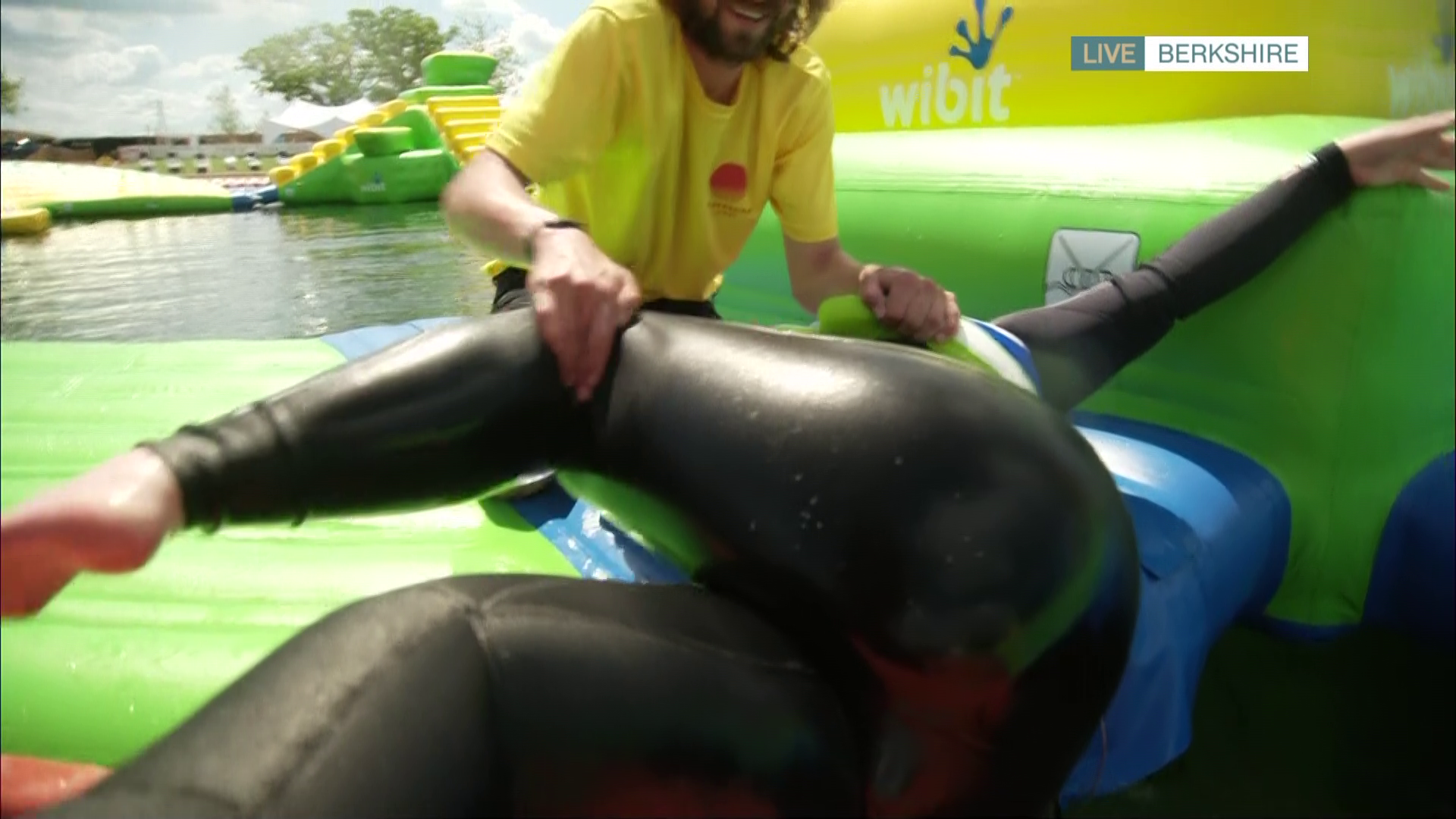 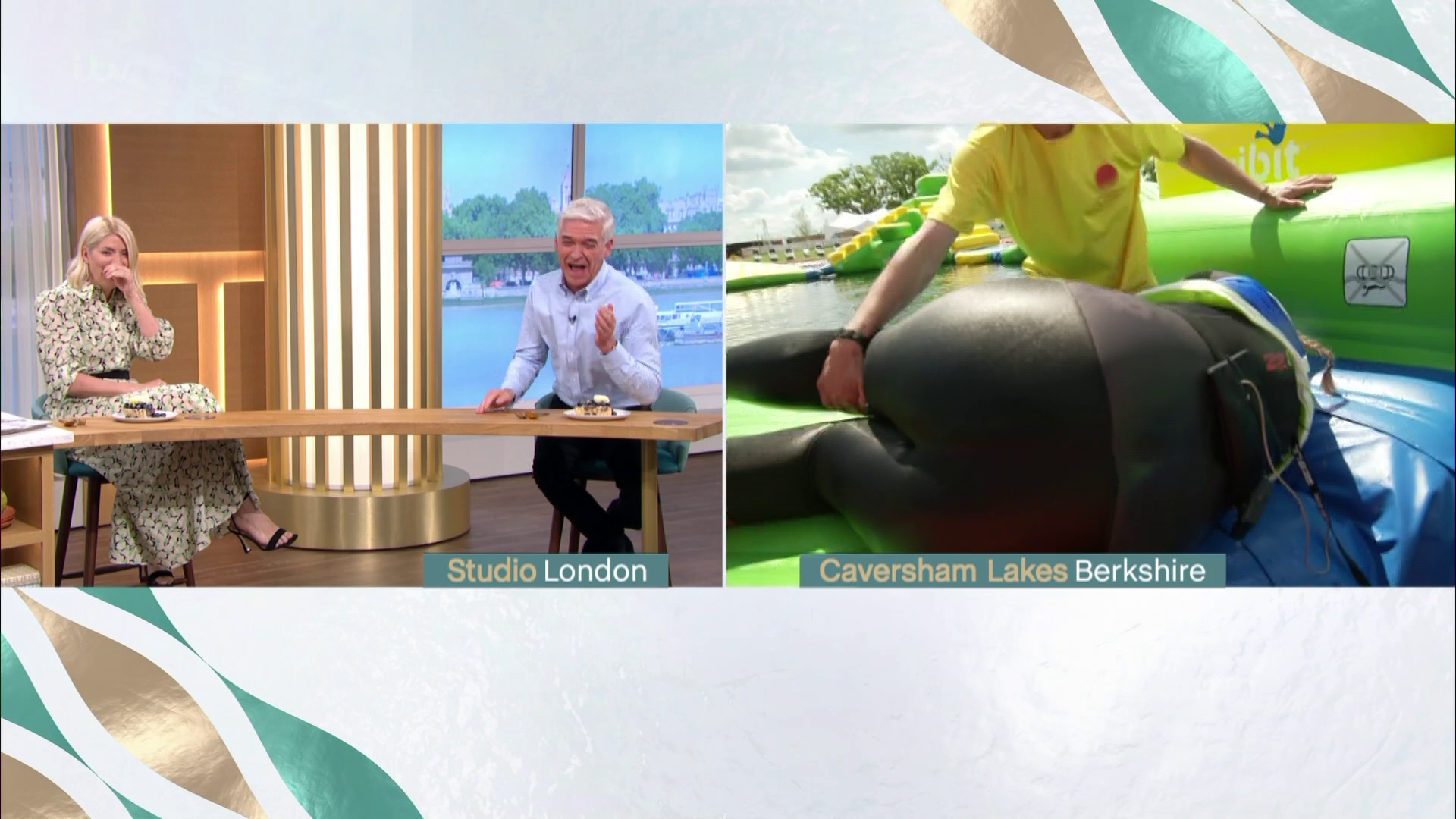 Back in the studio host Holly Willoughby, 40, was in hysterics at the unfolding mayhem.

However, once recovered she asked kindly: "Josie, are you all right?" while Phillip joked that the scenes were "not the most dignified".

Once out of the water Josie explained: "I am so sorry, my sound man is so angry with me, very expensive piece of kit on my back.

Viewers were equally amused, with one writing: "It was bound to happen at some point, Josie is the gift that keeps on giving 😭😂." 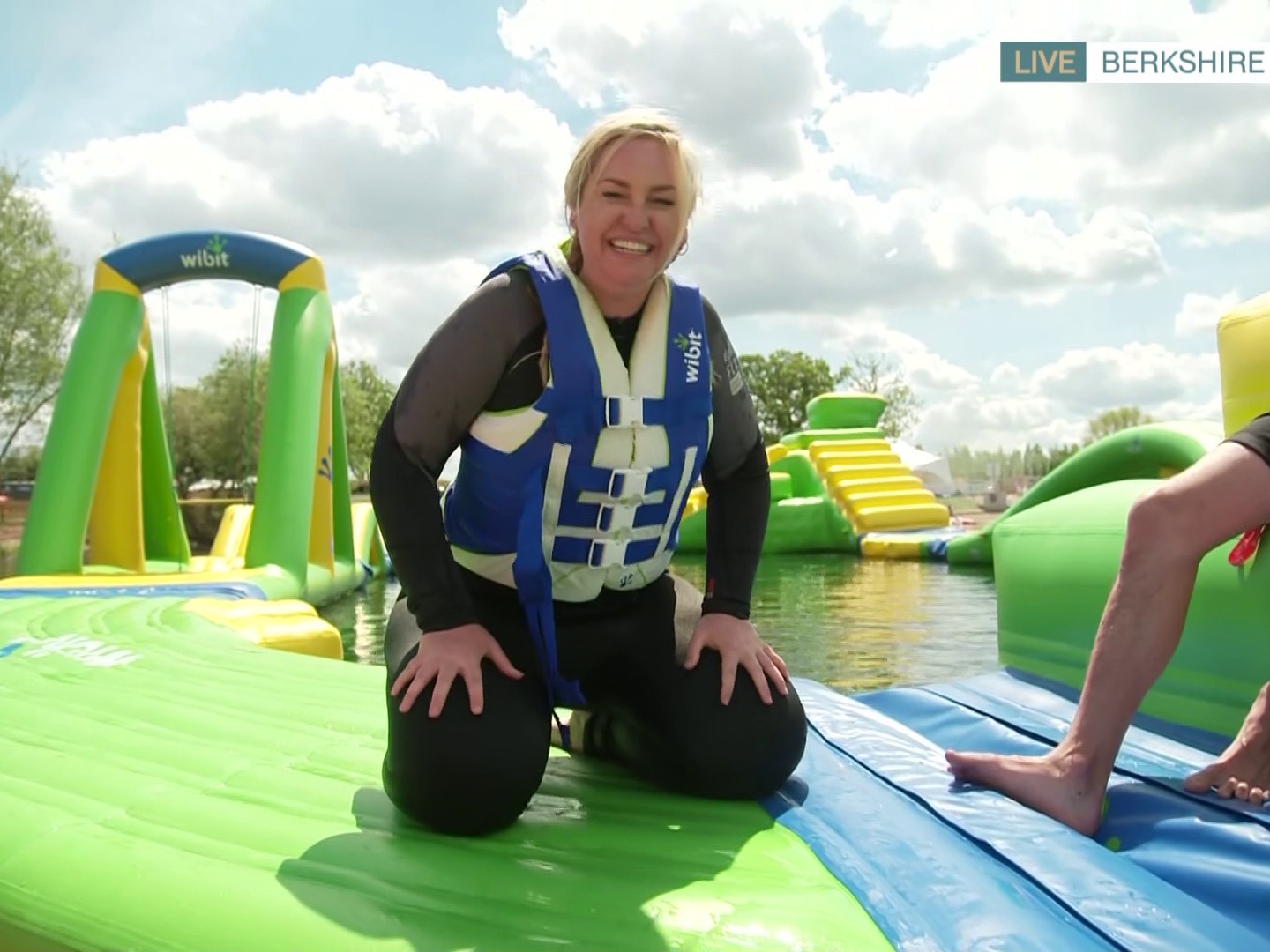 Several others compared her to fictional reporter Bridget Jones, who also ended up with her bum filling the screen after a live TV mishap.

The Truth About Chris Hemsworth And Liam Hemsworth’s Relationship