This Morning viewers were left baffled during today’s show as Martina Big made a comeback to the sofa.

The 26-year-old German model appeared on the show previously to talk about how she was born white but has changed her skin colour to black.

And Martina is back to shock hosts Holly Willoughby and Phillip Schofield once more.

Martina came on the daytime telly hit to explain why she is on a mission to get the biggest boobs in the world and how she is managing to do it.

A confused Phillip quizzed Martina on why she was “putting herself through it”.

Martina explained: “My doctor is very good and we are doing it gradually and safely. Me extreme, but safety first.

“When I’m really old, I’m pretty sure I’ll go a little bit down, but now I’m going bigger, bigger and bigger. I like big breasts.”

After already undergoing around £50,000 worth of plastic and cosmetic surgery, Martina told the hosts how she is aiming for her boobs to be filled with 20 litres of saline per breast. 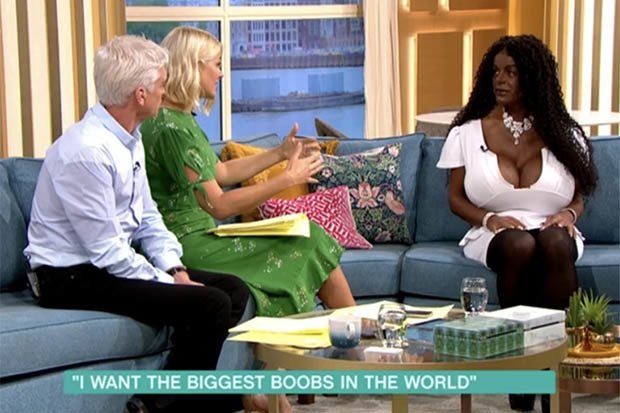 To express just how heavy that will make her breasts Phillip told her how producers had gone out and found two items which weighed the same to prove to her how hard it will be.

Getting up of the sofa, Phillip encourage Martina to follow him as he took her over to two large water cooler units and urged her to pick them up.

Struggling to lift them in her high heels, fans couldn’t contain themselves and rushed to Twitter to comment on how Martina could barely lift the bottles. 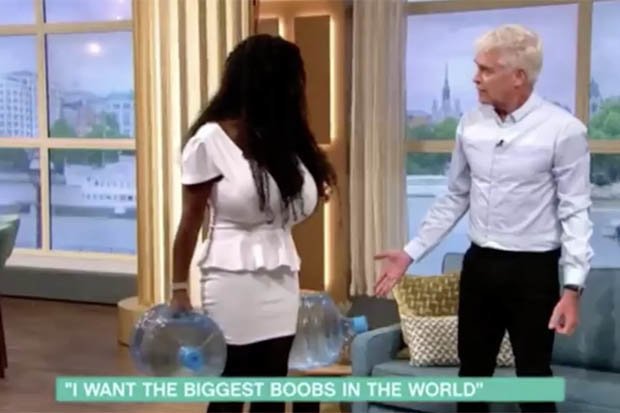 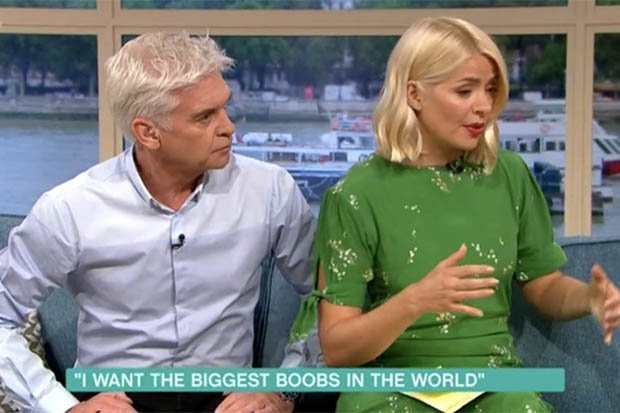 “I can see my boobs fill up in front of me”

One user wrote: “This woman on This Morning can’t even lift the water cooler units lol.”

Another tweeted: “Can not believe the boobs I’ve just seem on This Morning.”

A third wrote: “The way her heels wobbled when she picked up the water.”