Home » ‘This Is Us’ Season 5 Finale: Dan Fogelman On Tonight’s Jolting Twist & “Ambitious” Final Season Which Will Tie Up All Loose Ends

‘This Is Us’ Season 5 Finale: Dan Fogelman On Tonight’s Jolting Twist & “Ambitious” Final Season Which Will Tie Up All Loose Ends

Warning: The following coverage of NBC/Fox’s This Is Us episode 516 “The Adirondacks” contains spoilers.

During an early flashback in tonight’s This Is Us season 5 finale, Mandy Moore’s Rebecca Pearson settles down to watch the wedding season finale of ABC’s Dynasty.

“OK, Dynasty, let’s kill some friggin’ wedding guests!” she exclaims with her wine, popcorn and M&Ms set out before her. 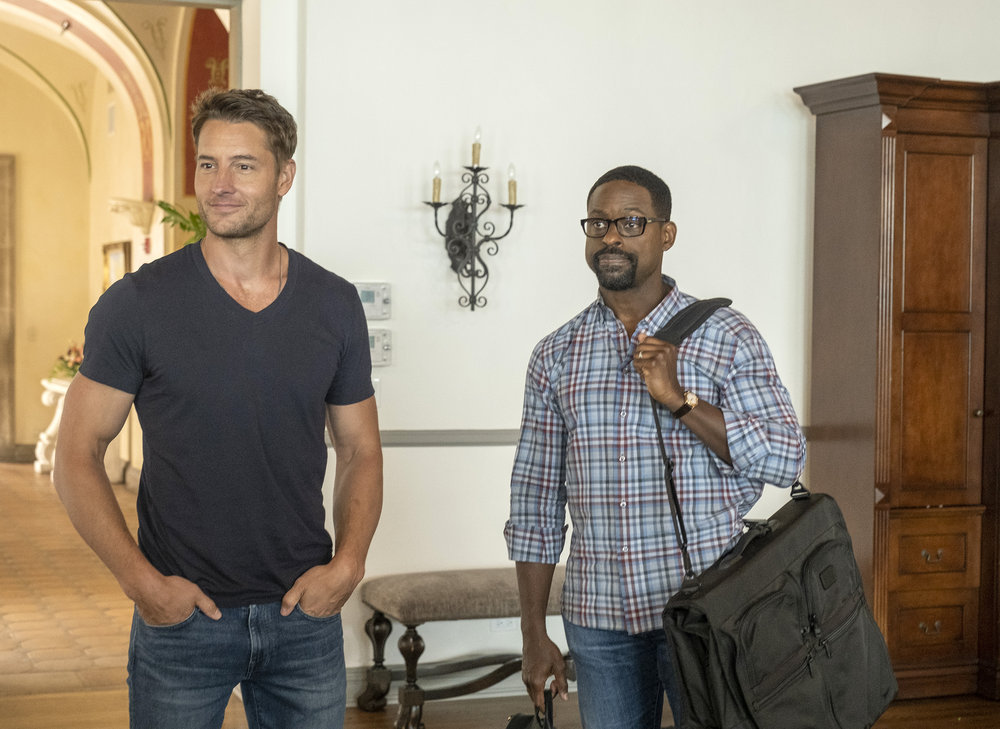 Unbeknown to Rebecca, she’s foreshadowing what’s to come tonight. While there aren’t any wedding guests who are killed, two marriages fall apart. In present day, it’s Kevin and Madison (Justin Hartley and Caitlin Thompson) who decide not to tie the knot. However, we also learn in a flash-forward that Kate (Chrissy Metz) and Toby (Chris Sullivan) don’t work out. Read on.

After a season which saw some of Kevin’s old girlfriends coming back into his life, casting dark clouds over his future with Madison, the mother of his children; it’s she who mustered up the courage tonight to give her star husband a come-to-Jesus on their relationship. In her bones, Madison always knew Kevin wasn’t in love with her.

She unloads her feelings to him four hours before the wedding, clenching the earrings that her mother left to her before she left the family.

“She left me with a father who gave me nothing, who literally told me not to expect life to have magical sparks,” Madison tells Kevin, “I have stumbled through a life gratefully accepting whatever scraps of affection anyone would give me.”

“Your family has given me the first family I’ve ever had, and it would be so easy for me to tip-toe around the fact that you may not be in love with me,” she continues, “I can’t marry someone who is not in love with me…you know it.”

All of this raises the question whether Kevin will ever get married in the remaining episodes of This Is Us. 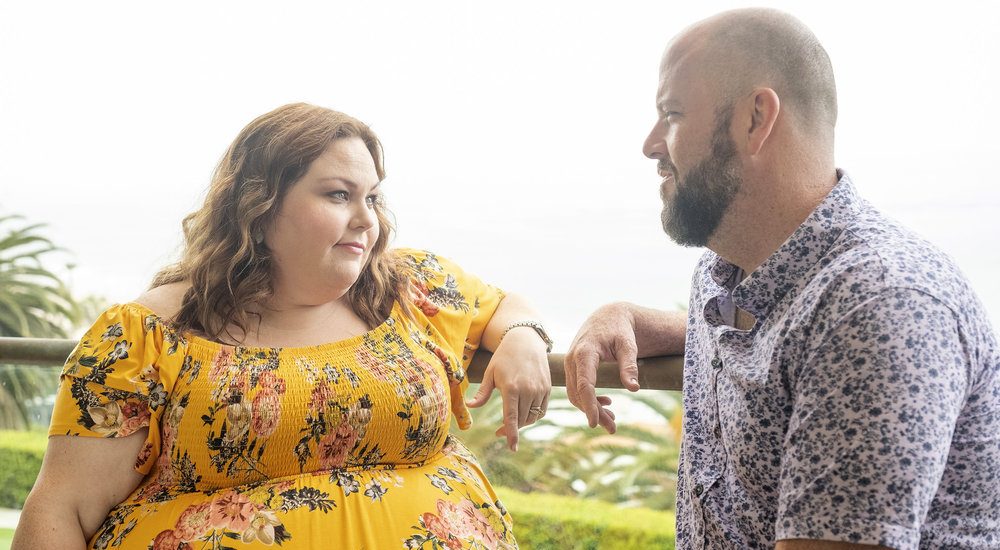 But the break-up of Kevin and Madison was hardly the biggest surprise tonight. With This Is Us finales, it’s the flash-forward final moments which are the biggest jaw droppers. The set-up for tonight’s final twist is planted in the opening shot: We see Kevin looking in a mirror, rehearsing what sounds like are his wedding vows; he’s even cribbing lines from Peter Cook’s hysterical marriage speech from The Princess Bride. Toward the end of the episode we return to this moment of Kevin before the mirror, all gussied up for the wedding.

But, wait, didn’t Madison just call off the wedding? Turns out we’re seeing Kevin four years in the future. Who’s wedding is this? Kevin’s? It’s Kate’s second! And the groom? Why, it’s Phillip (Chris Geere), Kate’s nasty boss. He was the guy who mentioned he’d never hire her as a music teacher. 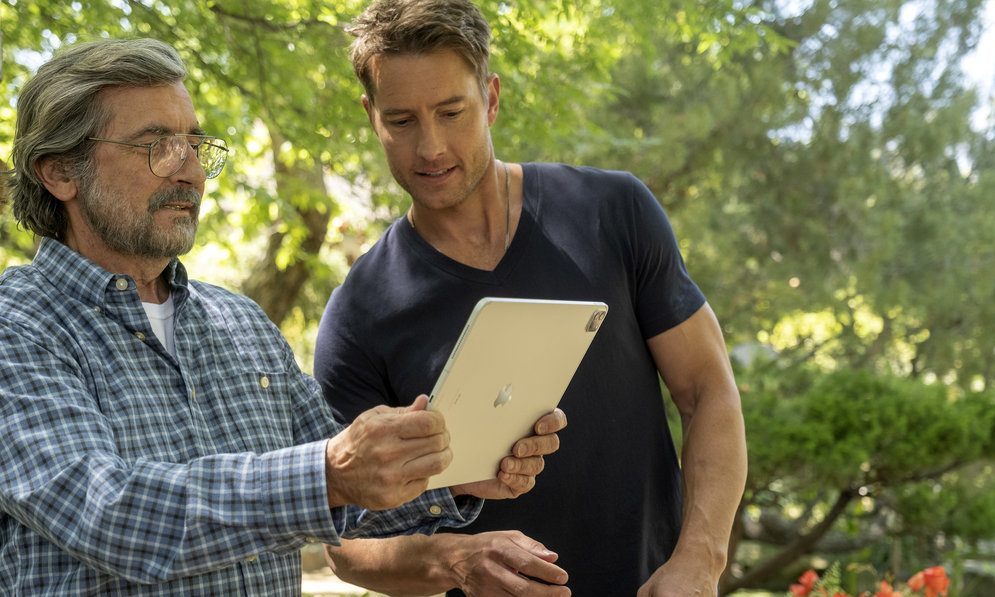 In the flash-forward, Kevin makes his way out of the bathroom where he’s been doing his speech. On the bed stand we catch a glimpse of an open New Yorker profile on his brother Randall (Sterling K. Brown) entitled “Rising Star”. He walks out of the room. Nicky comes around the corner with Randall. Before Kevin can say anything, Nicky exclaims, “I know, I know, I’m getting dressed, but the wife wanted stockings, what the hell else am I suppose to do?” Boom. Right there, we learn that Nicky eventually gets married. Is it possibly to Rebecca? We’ll have to wait and see. Kevin has an exchange with Randall about how much he loved the New Yorker article.

Kevin then heads to the hotel room where Beth (Susan Kelechi Watson) and Madison are, dressed as bridesmaids. Given their playful exchanges, it looks like all is great with Kevin and Madison years after they broke up. There’s so playful though, it makes us wonder if they eventually rekindle, even though Madison pulled the plug on tonight’s wedding. We then see Kate, head to toe in a wedding gown. “This is the last time I’m doing this,” says Kate.

Kevin leaves Beth and Madison’s room and turns, encountering Phillip in the hallway. Kevin asks Phillip about his wedding speech: “Hey, listen, you’re OK if I do some British jokes at your expense, right?” 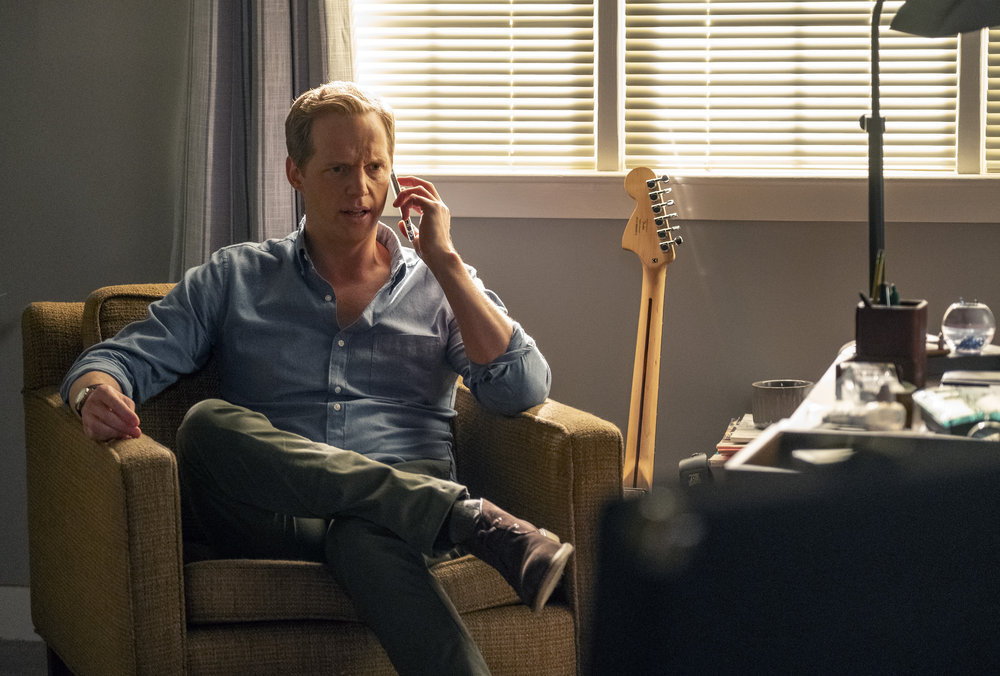 Earlier in the episode we learn that Toby landed the job with the start-up company, which will have him in San Francisco three days a week. He needs to take the job: not only are Kate and him struggling financially, but he’s eager to get back to work. Meanwhile, it puts her in a position where she has to quit the job she loves, and stay home with the kids. Kate phones Phillip and gives her resignation.

Phillip tells Kate, “I didn’t want to hire you. I got stuck with you. An inexperienced aid with no qualifications or skill set…and yet, you ended up being great. The students love you. You’re talented, you’re useful and on rare occasions, your jokes are funny. So, no, I do not accept your resignation.”

Addressing the whole bombshell of Kate winding up with Phillip, Fogelman said, “Chris (Geere) is going to be a big part of the show next year” in what looks to be a series regular role.

“This is an actor we’ve been following for a while and are big fans on the show, which is obviously a plot point we’ve known that was coming for quite some time –Kate’s second wedding – and we knew it would be revealed at the end of this season,” the EP added.

If you remember, in the season 3 finale, we saw Toby, without a wedding ring on his finger, arriving to Kevin’s house for what appeared to be a family gathering.

“Obviously we’ve hinted that many times in the deeper future that something is not normal between Chrissy and Sully,” said Fogelman.

“Ultimately it’s an optimistic show,” Fogelman said, “Despite two reveals of marriages not quite working out, when you cut to that period in the future, everyone feels good. At first viewing, you’re registering the twist and shock of what you’re seeing, but on second viewing, you can see the feeling and the smiles that exist in that moment.”

As far as the rising star Randall eventually becomes, Fogelman says “I can’t say much”, but in the final season “Randall and Beth have careers to build.” Unlike season one when Randall was at odds with himself as he tried to make connections with his original father, next season audiences will find “a more centered and balanced Randall” added Fogelman.

“All of these timelines will be brought to conclusion and explained,” promised Fogelman about the last season, “There will be no looming questions when we get through next season. Everything will be resolved.”

This includes the flash forward we’ve seen in the past where Rebecca is lying in a hospital bed with Nicky (Griffin Dunne) by her side, sans Miguel (Jon Huertas). Per Fogelman “the courtship, and coming together and ultimate separation, and then coming back together of Rebecca and Miguel” is a big part of the final season.

“Mandy is going to have a tremendously ambitious season next year as an actress,” the creator said, “As you’re traversing these timelines into the future and have a character battling Alzheimer’s, it’s going to be quite a showcase for a young woman who is doing something extraordinary on television.”

Not just Moore, but the cast overall per Fogleman “is going to have some really meaty stuff to dig into next year. I think like everything on our show, we’re going to be able to find something difficult and find something beautiful inside it.”

“You can’t always claim that 100% of the audience is going to like every single decision you make for the characters, but I don’t think anything will be left on the table,” added the EP, “So all the locations you’ve been to, all the future timelines you’ve been to, they will all get resolution.” 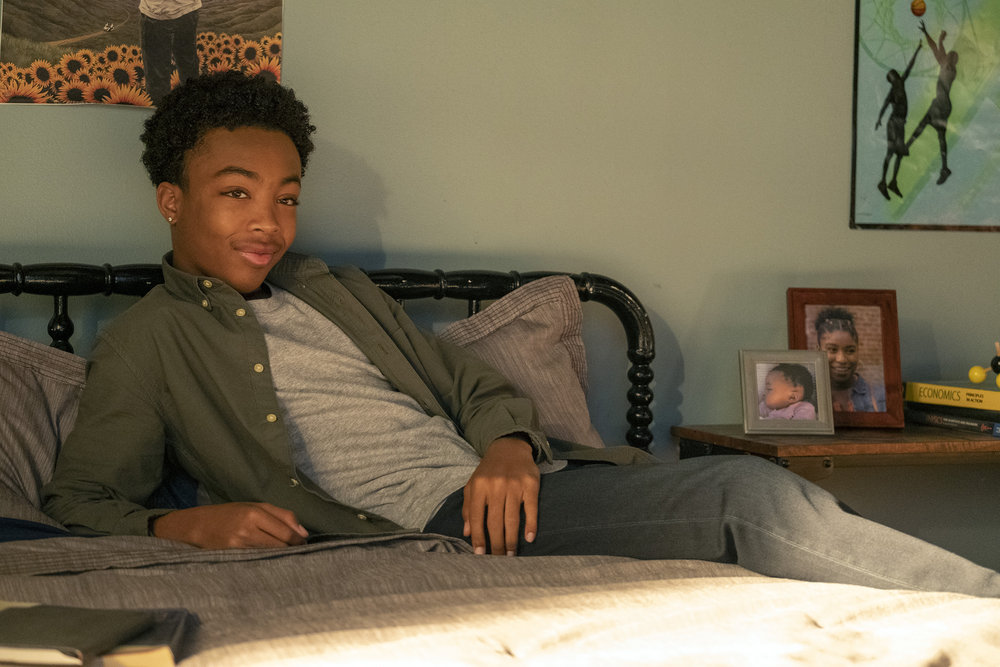 Additionally, we’ll get some resolution on Deja and Malik’s relationship, too. There was flash forward from some time ago which showed Deja pregnant. We learned tonight Malik got accepted to Harvard. That means a long-distance relationship between the couple.

Said Fogelman, “We always knew that season 6 would be ambitious in the way it jumps times, and even more ambitious than other seasons. Because our audience has been so devoted, and I think because hopefully we smartly set-up the contained areas where these future timelines live, I think you’re going to have a real sense of resolution and completion for this family.”

Jinger Duggar Shocks Fans, Flashes Thigh In Most Revealing Pic of Her Career!