The Walking Dead has not been exactly the same since the exit of both Rick (played by Andrew Lincoln) and Carl Grimes (Chandler Riggs).

The show isn’t afraid of taking risks and getting rid of characters throughout some of the event’s tougher scenes – including the death of Glenn Rhee (Steven Yeun), and Abraham Ford (Michael Cudlitz).

Viewers have found themselves missing some of the bigger characters after their exit, and it seems they aren’t the only ones.

Since Rick’s exit Aaron (Ross Marquand) has taken a lot of the group’s responsibility on his shoulders in order to keep everyone happy and safe.

Although this was a great progression for his character, Aaron’s actor Ross would be eager to see the return of the Grimes family.

He said: “See, I wish — I mean, obviously, the show deviates — I just wish Rick and Carl were still around.”

Rick and Aaron got on very well, and Rick himself was a huge driving force for the group when he was in charge.

Despite this, Ross is aware of Rick’s upcoming three TV movies, which will presumably conclude the ongoing story for the sheriff.

Ross continued: “I think everyone knows at this point if you’re a fan of the show, and they’ve announced, that there’s gonna be more with Rick. 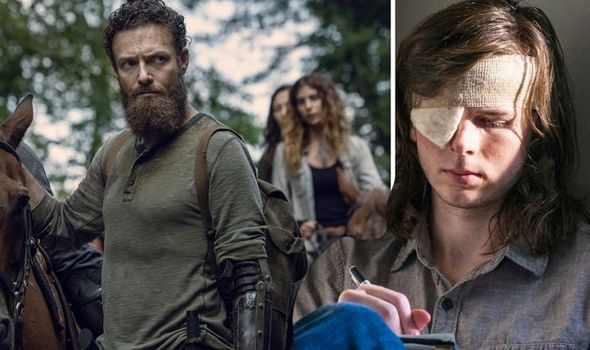 I just wish Rick and Carl were still around

“So you know he’s not really dead. But Carl, I think in the comic books Carl goes on to be the next hero – the next big saviour of everything.”

Unfortunately for Rick and Carl, it looks like neither of them will be back in the upcoming comic books but could they return to television screens in the future or as part of a flashback scene?

Recently the latest edition of The Walking Dead comic book was released, but it arrived with a twist.

The final pages of the comic book revealed the franchise has brought the story to an end.

In a heartfelt letter to fans, Robert Kirkman – the comic book’s creator – wrote: “This is the end of The Walking Dead. 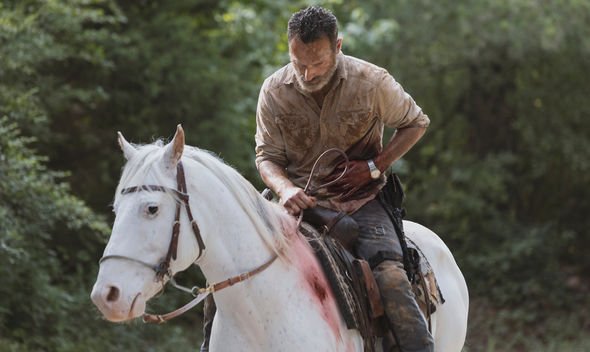 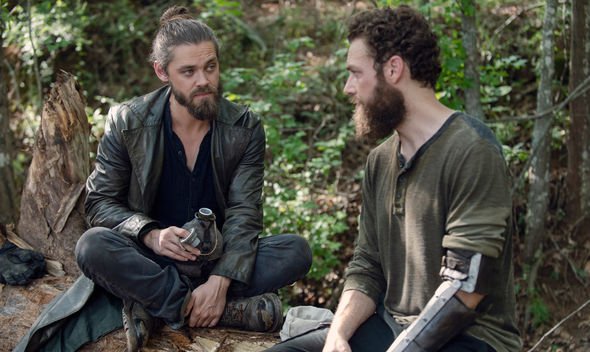 “That’s it… it’s over… we’re done. I’m sure you have a million questions… and I’m sure you feel as emotional about all this as we do… if not more so.

“I’m completely willing to bet some of you are angry over this. I get it… I do. I mean… WHY didn’t we announce this so that fans would have some time to prepare? Well… personally… I hate knowing what’s coming.

“As a fan, I hate it when I realise I’m in the third act of a movie and the story is winding down. I hate that I can count commercial breaks and know I’m nearing the end of a TV show.

“I hate that you can FEEL when you’re getting to the end of a book, or a graphic novel.”

The Walking Dead is expected to return to AMC later this year.