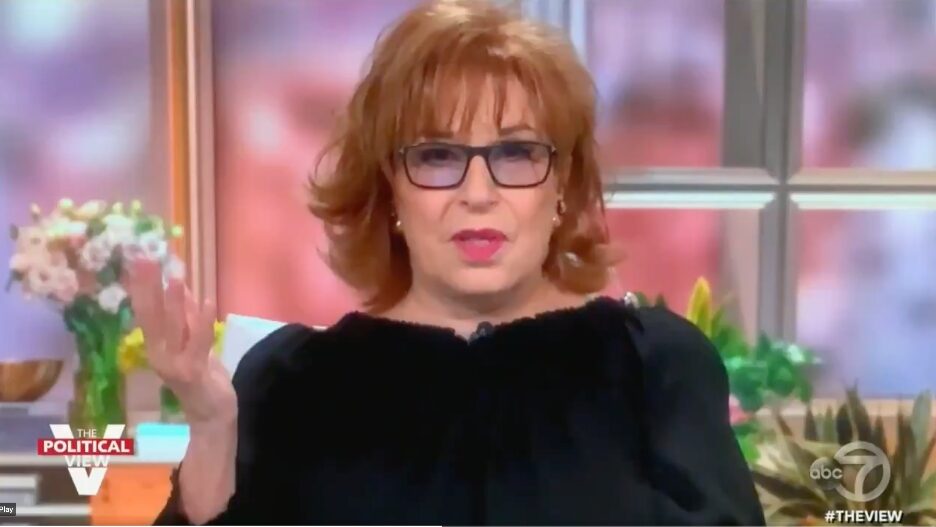 On Friday’s episode of “The View,” co-host Joy Behar found herself in hot water when she misgendered Caitlyn Jenner multiple times while talking about Jenner’s announcement to run for California governor. After the show took a commercial break, Behar returned with an apology, seemingly realizing her mistake and blaming it on a lack of sleep.

“So first of all let me apologize for my pronoun mixup. I think I just didn’t get enough sleep last night,” Behar said. “I had no intention of mixing them up, and I tried to correct it immediately, but whatever, it just came out. So I’m sorry if anybody was upset by that.”

Behar referred to Jenner, who identifies as trans and transitioned over six years ago, as a “he” multiple times during Friday’s show. She used the wrong pronoun twice in one sentence before correcting herself as she talked about his campaign announcement, saying “he’s got this guy Brad Parscale running his campaign–her campaign, rather.”

Despite Behar’s quick apology, it didn’t take long for her mistake to make the rounds on Twitter, with journalist Yashar Ali among those who unapologetically called out the co-host.

“I don’t know why Joy misgendered her but it’s an important reminder that we don’t misgender people even if we don’t like their politics,” he tweeted.

Watch the apology below.