Home » The Truth About Lloyd Spencer From Below Deck Med The Truth About Lloyd Spencer From Below Deck Med

Bravo’s “Below Deck” franchise is one of the network’s most popular. And one of the aspects of the show that rakes in viewers, besides the picturesque locations and scenery, is the drama between the crew members aboard the chartered yachts. “Below Deck” would definitely be a different show if it weren’t for the numerous personalities that live and interact with each other for weeks at a time. From the captains to the chefs to the deckhands, the “Below Deck” cast always knows how to deliver feuds and all the tension in order to keep audiences tuning in to the show week after week.

The “Below Deck Mediterranean” spinoff, which premiered in 2016, per The Futon Critic, is no different from the original show. With crew members like Captain Sandy Yawn, chief stewardess Hannah Farrier, bosun Malia White, and several others, the shenanigans are always occurring and make the yacht chartering season oh so binge-worthy.

Keep reading to learn about one of the new “Below Deck Med” stars, Lloyd Spencer. 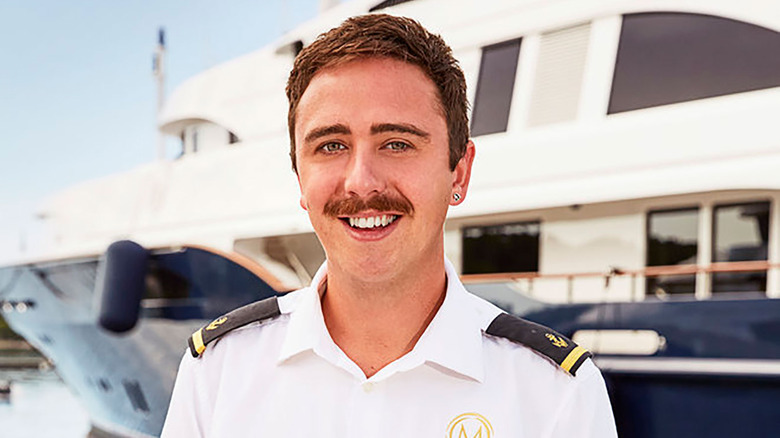 “Below Deck Mediterranean” season 6 is set to premiere on Bravo on June 28, and audiences can’t wait for the yacht drama to begin. For the new season, there are several newbies aboard the Lady Michelle. Lloyd Spencer is joining the show as one of the newest crew members on Captain Sandy Yawn’s team.

From his social media presence, it’s clear that Lloyd is an avid traveler with photography from scenic locales like the Canary Islands, Malta, and Moscow. According to Bravo, Lloyd is an Englishman who “was drawn to adventure and adrenaline-filled activities from an early age.” Following a motorcycle accident, Lloyd pivoted his career goals to managing group tours and sailing excursions around Europe. He was eventually led towards a life at sea, which is how he got into working yacht charters. Now, Lloyd is part of an all-new crew as a deckhand on “Below Deck Mediterranean,” where he shows that he is “a joy to be around and a hard worker who is determined to prove his skills both on deck and in engineering.”

We can’t wait to see Lloyd’s sailing talent — and any antics he brings to the latest season.