Home » TV & Movies » The Three Couples Who Get Engaged on 'Bachelor in Paradise' Are…. The Three Couples Who Get Engaged on 'Bachelor in Paradise' Are….

At this point you’ve invested six full hours of your life into the chaos that is Bachelor in Paradise, and perhaps you’re ready to cut to the chase. As in: who actually ends up together at the end of this mess? Thanks to Reality Steve, we know exactly who, so buckle up because this is officially a spoiler dump.

According to Steve, who’s almost always right when it comes to Bachelor Nation spoilers, not one, not two, but three couples end up engaged at the end of this thing. That’d be:

Are they still together? Unclear, but considering the show only wrapped up filming a moment ago, I’m going to go with a tentative yes? Two couples who are almost definitely together and didn’t get engaged, though? That’d be Becca Kufrin and Thomas Jacobs, as well as Brendan Morais and Pieper James.

While Reality Steve reports that Becca and Thomas broke up before overnights happened, Bachelor Nation sleuths have found evidence that they’ve been hanging out post show. Like, the veining on these marble counters (care of @bachelorettewindmill) don’t lie, okay?! 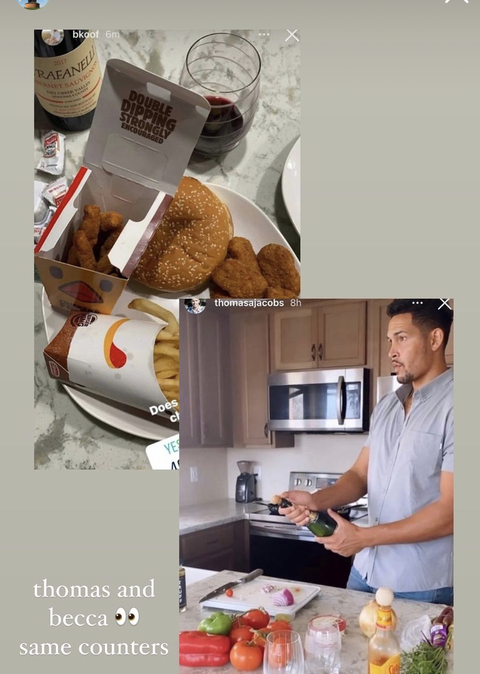 Meanwhile, Brendan and Pieper didn’t get engaged, but they did leave the show as a couple. Which tracks if you’ve been paying attention to their whole thing. These two actually started dating before Paradise—to the point where a source gushed about them to Us Weekly, saying “Pieper and Brendan have been dating for a few weeks now. Either he’ll fly to New York and hang with her, or she’ll fly to Boston to hang with him. She was most recently in Boston over Memorial Day weekend and they were even spotted out in public together. They’re keeping their relationship under wraps since they’re trying to make it work long-distance and it’s still new. They both are super into each other and are getting to know each other and are just having fun going on dates.”

How Do You Write Down a Scratching, Crunching Violin ‘Chop’?