When Peter Riegert arrived on the set of The Sopranos, he was coming on a highly successful show in its third season. Riegert knew that well. Prior to landing the role of Assemblyman Ronald Zellman, Riegert had auditioned for the role of Eliot Kupferberg, psychiatrist to Dr. Melfi (Lorraine Bracco).

The second time around, the casting was a perfect match, as audiences saw for three episodes of season 3 (2001). But things took a turn at the end of Zellman’s character arc in season 4. The last we saw of him, Tony Soprano (James Gandolfini) was savagely beating Zellman with a belt.

It could have been worse. As Riegert recalled it, Chase’s original script had an even more humiliating end for the assemblyman. Riegert refused to go through with it as Chase had written it.

Assemblyman Zellman was stripped naked in his final ‘Sopranos’ script 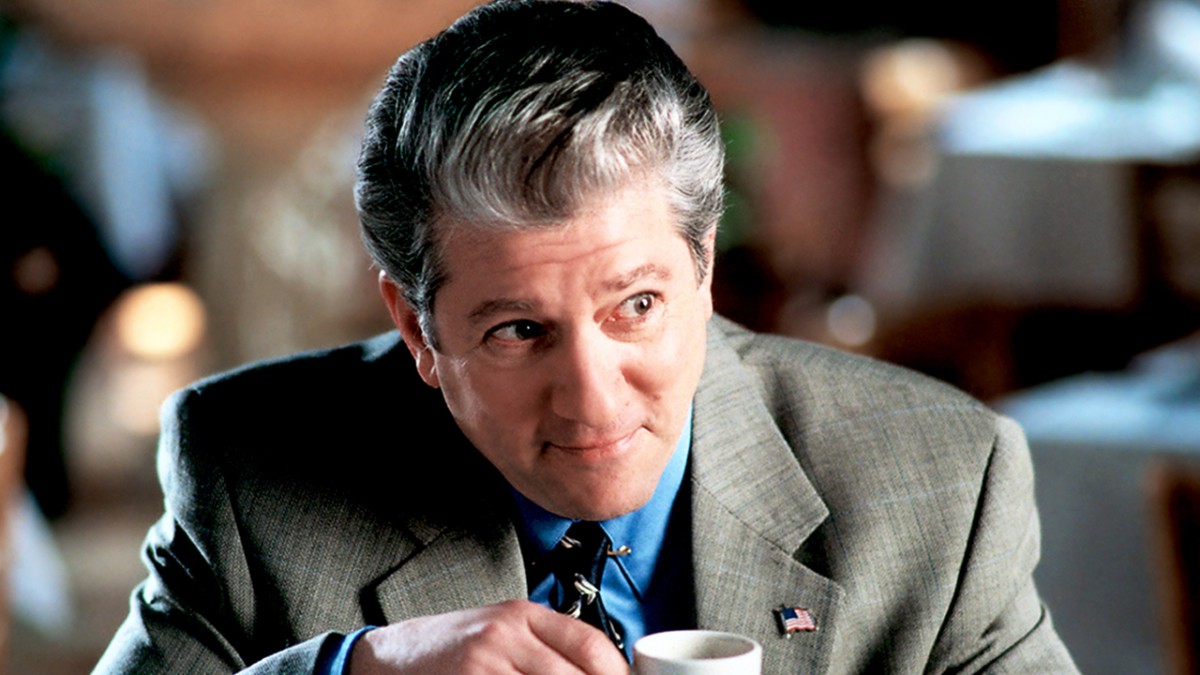 On the Talking Sopranos podcast, Riegert looked back on his final scenes, which came in “Watching Too Much Television” (season 4 episode 7, 2002). As Chase originally conceived it, Tony (Gandolfini) was going to mortify Zelleman (Riegert) by stripping him nude.

In the episode, Tony becomes enraged that Zellman had begun seeing his former goomar Irina. Late one night, Tony pays Zellman and Irina a visit. At that point, Tony was to rip off Zellman’s underwear. Right away, at the episode’s read-through, Riegert knew it was a problem.

“As far as I’m concerned, I would have liked a heads-up,” Riegert said. “That one really caught me off-guard.” Gandolfini noticed Riegert lingering after the read-through and asked him what he felt about it; Riegert said he wasn’t happy about it.

So Gandolfini brought Chase over to talk about it. Riegert didn’t see the creator/showrunner bending on the script. “That’s the way I wrote it,” he recalled Chase telling him. And the conversation ended at a bit of a stand-off. But Gandolfini told Riegert he’d back the actor no matter what he decided to do.

The bottom line was Riegert didn’t see the need to humiliate the actor to humiliate his character Zellman. That’s how he phrased it to Chase. “I said, ‘David, I promise you the audience will be horrified by what they see. But you don’t have to humiliate me for me to get this across.’”

While Riegert risked getting fired for defying the showrunner, he had Sopranos star Gandolfini on his side him. That meant everything. “Whatever you decide to do, I’ll back you,” he recalled Gandolfini telling him. And so Riegert went into that final scene knowing Gandolfini would respect his wishes.

Before the cameras rolled, Riegert found a Styrofoam belt in the prop department he thought they could use for the scene. After getting the prop master to hit him with it, he realized Tony hitting Zellman with it could be a substitute humiliation. And that’s what Gandolfini did (convincingly so). It all worked out in the end.

Who is in the cast of The Circle 2021?
Recent Posts