But showrunner Georgia Pritchett argues his side is well represented in the Apple TV+ series: ”I know that he feels that he’s done nothing wrong“ 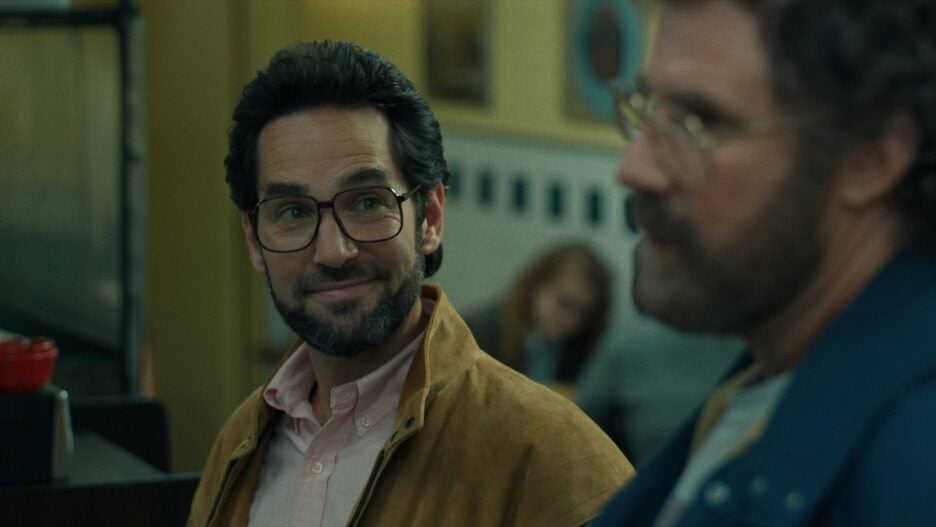 Although Apple TV+’s “The Shrink Next Door” is based on the real-life story of the insidious relationship between Marty Markowitz and his therapist, Dr. Isaac Herschkopf, the show’s producers only spoke to half of that duo.

Like the “Wondery” podcast it’s based off of, the TV version features input from the real Marty, as well as his sister Phyllis, played by Will Ferrell and Kathryn Hahn, respectively. But unlike the podcast, the limited series promises to feature more of Herschkopf’s (played by Paul Rudd) perspective.

“We were advised against that,” showrunner Georgia Pritchett told TheWrap about reaching out to Herschkopf. “I’ve seen footage of Ike, and I’ve read lots of letters from him. And I know that he feels that he’s done nothing wrong, that he is the injured party in the story. So that in itself was really useful and kind of informed my decision to — unlike the podcast, which is Marty’s version of events — kind of tell a story where both men are kind of the heroes of their own stories, and both men feel wronged by the other person.”

Rudd himself said he’d be “curious” to see what Ike’s take on the show would be, but that “there was never really an option” to speak with him. “We have the podcast and the scripts, we have Joe Nocera who had done the podcast who spent a lot of time with Ike and certainly Marty. We had this show based on this story as told by Joe and Marty, and we learned a lot from them.”

Without spoiling too much of the eight-episode limited series, which debuts with its first three episodes on Friday, “The Shrink Next Door” details the three-decades long relationship between Ferrell’s Marty and Rudd’s Dr. Ike, which shattered the lines between doctor-patient relationships. Over the course of some 30 years, Ike inserts himself more and more into Marty’s life, convincing him to cut off contact with his sister, move into his family home in the Hamptons and even get Marty to name him president of the family business (that’s not a spoiler, this all actually happened).

The end result, in least in the real world, was that Herschkopf was ordered in April to surrender his license to practice in New York after a State Health Department committee found him guilty of multiple professional violations. In an interview with the New York Times, Herschkopf said he was appealing the ruling.

Rudd added he tried to find something “sympathetic” about Herschkopf. “I think that’s the most essential part of playing somebody who does some quote-unquote villainous things; to find what it is that’s broken within them.”