All eight episodes of The Serpent are available to stream and download on the BBC iPlayer and Netflix now. The gripping drama tells the harrowing true story of French serial killer Charles Sobhraj (played by Tahar Rahim) and the attempts made by Dutch junior diplomat Herman Knippenberg (Billy Howle) to catch him. Ajay Chowdhury (Amesh Edireweera) is portrayed as one of Sobhraj’s main accomplices in the series but was he a real person? Express.co.uk has everything you need to know.

Is Ajay in The Serpent based on a real person?

While the dialogue in The Serpent is imagined and some names and circumstances have been changed, the people behind the story were very much real.

Charles Sobhraj is a French serial killer, thief and fraudster of Vietnamese and Indian origin.

In 1976, Sobhraj is believed to have killed 10 travellers on the hippie trail through Nepal, Thailand and India alongisde his accomplice Ajay Chowdhury.

They preyed mainly on Western tourists, primarily beatniks, travelling the Hippie Trail of Southeast Asia through Nepal, Thailand and India.

READ MORE The Serpent: Did Charles Sobhraj really get back with his girlfriend? 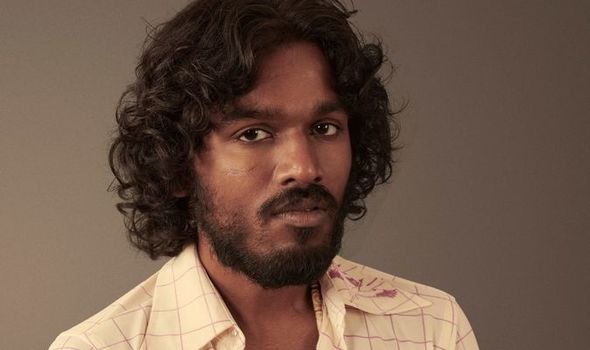 Today, Charles Sobhraj, 76, is serving out a life sentence in Kathmandu prison, Nepal for the murders of Connie Bronzich and Laurent Carrière.

As seen in The Serpent, Chowdhury and Sobhraj’s first known murder victim was American tourist Teresa Knowlton (Alice Englert), who was found drowned in a tidal pool in the Gulf of Thailand.

The pair met in Thailand and Ajay, a fellow criminal, became a loyal follower of Charles.

The real Charles and Ajay are believed to have carried out their first known murders in 1975 and before then had committed a string of robberies by drugging their victims.

Chowdhury is suspected of burning victims’ bodies to prevent quick identification, according to Nepal police and Interpol.

After committing the double murder of American backpacker Connie Jo Bronzich and Canadian Laurent Carrière in Nepal in 1975, the police were able to track down Chowdhury.

Bishwa Lal Shrestha, the police officer investigating the case in 1975 told The Hindustan Times: “After the discovery of the bodies, we traced Chowdhury to a hotel in Kathmandu – Monumental Lodge near the historic royal palace in Basantapur.

“But he gave us the slip. When we reached the lodge, we found he had slipped out minutes before.”

Describing Ajay to the BBC, actor Amesh Edireweera who plays him in the series shared: “Ajay is from Mumbai and comes from nothing.

“He meets Charles, and in the chase for the high life becomes his right-hand man. This leads him to make choices that propel him to a much darker side of himself.

“There is a duality to playing Ajay – on the one hand, portraying someone so violent was at times very challenging and often harrowing.

“It’s difficult to like a character who does such unspeakable things. But on the other hand, there is something fascinating about playing a human being who makes a series of terrible decisions at an impressionable time.”

Sobhraj, Marie-Andree Leclerc (Jenna Coleman) and Chowdhury had travelled to Malaysia using fake identities, so it was very difficult for authorities to track their movements.

According to the Telegraph, Chowdhury was sent by Sobhraj to collect gems from a mining town in Malaysia in 1976.

The last reported sighting of Chowdhury was in West Germany in late 1976, but he has never been located.

Some believe Ajay was murdered by Sobhraj before he and Marie-Andree Lecerlc travelled to Geneva, but his remains have never been found.

The Interpol file on Chowdhury remains open today and Sobhraj has denied ever killing his former friend.

If Chowdhury is alive today, he would be in his early 70s and most likely using a new identity.

In his final moment on-screen in The Serpent, Chowdhury was driven by Sobhraj to an empty space of land and left at the side of the road.

Sobhraj had decided to take Leclerc with him to Paris, despite Chowdhurry’s attempts to convince him otherwise.

His disappearance was not addressed in the final two episodes of the series.

Speaking about taking on the role of Ajay, actor Amesh Edireweera said: “I mean, the whole story is completely mental.

“So, all of it was a real shock. Ajay, in particular, is interesting because there are no direct accounts of him – just some evidence from other people speaking about him.

“For me, the greatest shock was hearing his parents talk about him.

“There was a tape I listened to from Richard Neville who interviewed Ajay’s family.

“They described him as such a good boy and clever. In the interview, I listened to Ajay’s mother talk about ‘her boy’ and felt connected to the love that she still showed for him in spite of everything that has happened.

“I felt a real sense of sorrow for the family.”

The Serpent is streaming on Netflix and the BBC iPlayer now