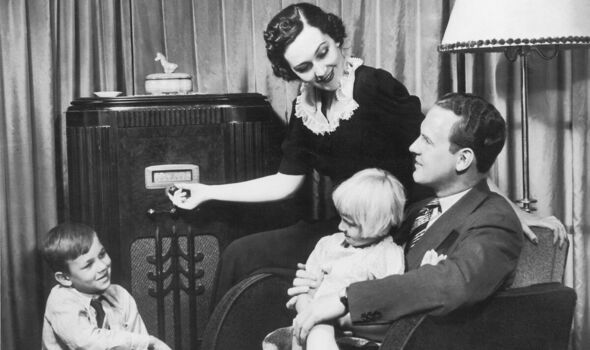 On January 8, 1923, the British Broadcasting Company made its first outside radio broadcast – a National Opera production of Mozart’s The Magic Flute from the Royal Opera House in London’s Covent Garden. But two months earlier regional offshoots in Manchester and Birmingham had begun broadcasting news and weather reports, as well as music hall revues and children’s programmes.

The battle between high and low-brow broadcasting had begun.

With radio sets costing an average monthly salary, initially, just 30,000 domestic licences were issued. But by the end of the decade, it was at least seven million.

A generation grew up tuning in to the jazz and swing bands which would lead to rock’n’roll – and listening to the news became part of a family’s daily routine.

The first news bulletin included a court report from the Old Bailey, details of London fog disruption and billiards scores.

Other regional companies took off, largely in the North, with the London transmitter 2LO networked to new transmitters in Manchester, Birmingham and Newcastle.

At the end of 1926 the BBC was nationalised and became the British Broadcasting Corporation with John Reith, a Scottish engineer, as its director general.

Under his influence, the BBC set out its mission to “inform, educate and entertain”.

News was the bedrock of BBC programming, although to begin with news programmes went out only in the evening as a concession to the newspapers, who feared losing their customers.

Music, drama and comedy provided the entertainment, but Reith decreed that the BBC did not broadcast on Sunday before 12.30pm, to give listeners time to attend church.

And for the rest of that day, it must broadcast only religious services, classical music and other non-frivolous programming.

Meanwhile, at a time when US, Australian and Canadian stations drew huge audiences for local teams with the broadcast of baseball, rugby and hockey, the BBC emphasised service for a national, rather than a regional audience.

Boat races, tennis and horse racing were well covered, but the BBC was reluctant to spend its air time on football or cricket games, regardless of their popularity.

In 1936, Reith directly oversaw the abdication broadcast of Edward VIII, who had stood down to marry the American divorcee Wallis Simpson. But by 1938,

Reith had become bored with his role as the structures he had built up left him little work to do day to day. He left to become chairman of Imperial Airways.

While the BBC Home Service broadcast to listeners on the home front, throughout the Second World War the Empire Service spread Britain’s point of view around the world.

That contributed massively to victory, but on the Home Front the culture wars continued.

War-battered families needed cheering up and former music hall comics like Tommy Trinder provided the laughs, often with digs at the upper class. Another comic, Tommy Handley, starred in It’s That Man Again which ran for 12 series from 1939 to 1949.

Handley played a fast-talking figure who targeted jobsworth officials. A BBC internal memo sniffed that such material might undermine respect for authority.

But such concerns were outweighed by its boost to national morale in the darkest of times.

Post-war the influx of military veterans produced such irreverent broadcasts as The Goon Show, but Reithian prudishness soon reared its head again. The near the-knuckle radio star Max Wall was blacklisted by the BBC for 15 years after his messy marital break-up and for slipping a blue joke into a broadcast.

Jokes about solicitors and miners were also off-limits.

All could be found in the BBC’s variety policy guide for writers and producers – the “green book” – in the 40s and 50s.