‘The Lion King’ vs. ‘Aida:’ Did Disney Choose the Wrong Elton John and Tim Rice Musical for a 2019 Film?

As reviews for the live-action remake of The Lion King keep surfacing – mostly panning the film for its lack of originality and emphasis on beauty over narrative – Disney’s big-budget summer blockbuster may turn out to be a big-budget bomb. Though fans will undoubtedly flock to hear Beyoncé’s Nala and James Earl Jones’ iconic Mufasa, the movie will not receive the adulation those at Disney likely hoped for. 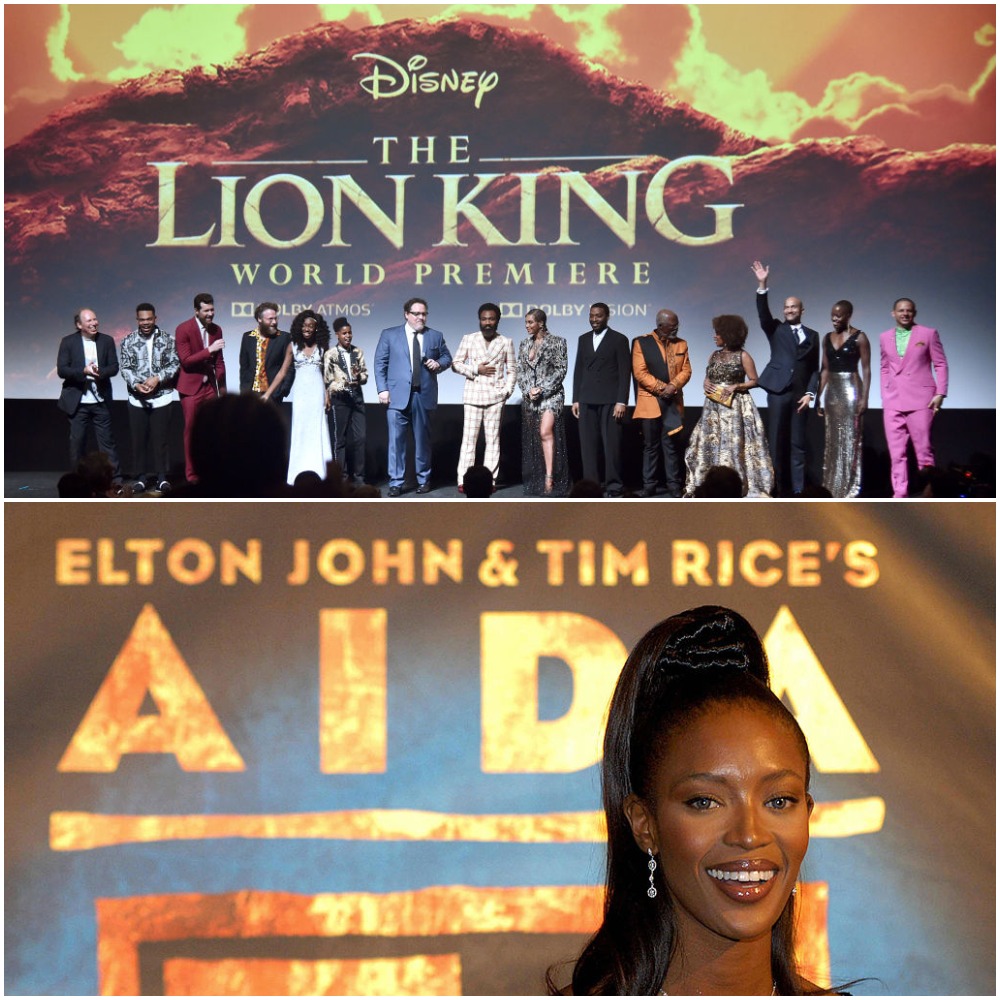 Already deemed a word-for-word replica of the original, Disney’s remake of The Lion King lacks a modernized vision; thus, the risk-aversive strategy becomes painfully evident. Not to mention, the photo-realistic lions feel like they belong to a nature documentary – lacking the exaggerated emotions inherent to the animated original. Don’t expect to see Simba strike an innocent grin or Scar raise an eyebrow in condescension. A real lion can’t emote in such human ways, so neither can our beloved characters.

With all the backlash The Lion King is receiving, one question seems to lurk beneath the surface: did Disney choose the wrong Elton John and Tim Rice musical? Should they have gone for a different Disney stage production to turn into a movie? When The Lion King movie first premiered, Aida did not yet exist. However, a few years later, Aida hit the Broadway stage under Walt Disney Theatrical’s flagship, taking home the Tony Awards for Best Original Score and Best Musical.

Why remake a classic Disney tale – that has already received its fair share of exposure – when you can bring to life an acclaimed Broadway show that has never seen the silver screen?

Concerning The Lion King, the odds were already stacked against Jon Favreau; fans and critics would not accept anything less than perfection, especially for a film that defined the childhoods of many currently employed critics. On the other hand, Aida would have presented an opportunity for greatness – unencumbered by a previous famous film.

There was likely a great deal of fear running rampant across the creative minds behind The Lion King – CGI makeover edition. If the writers and director strayed too far from the original, the film would have lost its nostalgiac pull. However, change too little and the film gets tagged uninspired. Walking that tightrope is no easy task and, unfortunately, those behind The Lion King tripped over their tails and fell from a great height (of expectations).

Based on the lack of originality, the absence of emotive ability inherent to photo-realism, and the new opportunities Aida would have created for greatness, Disney should have funded an Aida movie instead.

Starting with the basics, the only people familiar with Aida are those who have seen the Broadway show, or some other stage production of the musical. Meaning, the group of people with high expectations would be drastically reduced.

With Disney’s name backing Aida, box-office success would not have been an issue, regardless of the story; however, the story is a classic one revamped. Based on the original opera by the same name, Elton John and Tim Rice’s Aida takes the age-old love story and adds a contemporary, rock-ballad infused twist. The music and lyrics are intricate, clever, and intoxicating.

Given that Aida demands intense vocal capabilities, the casting would have been bound to include some of today’s most talented singers and actors, as anyone who can’t nail a belt that vibrates the walls can’t handle this musical.

Aida would have been another story that kids and parents can both enjoy; though the vocabulary used in Aida may supersede the average kid’s lexicon, children would have been able to pick up the underlying themes and rock out to the fun numbers.

Veronica Mars: Here's Why Hulu Would Not Allow Kristen Bell to Say That Word