Home » TV & Movies » The Lion King UK release date, film trailer and who is in the cast with Beyonce? The Lion King UK release date, film trailer and who is in the cast with Beyonce?

THE Lion King has finally entered cinemas across the UK, and given that the film is an absolute Disney classic, screening rooms are bound to be packed.

Fans have been teased about the live-action flick for over two years, so we've gathered everything there is to know about the new film and its cast. Here's the lowdown… 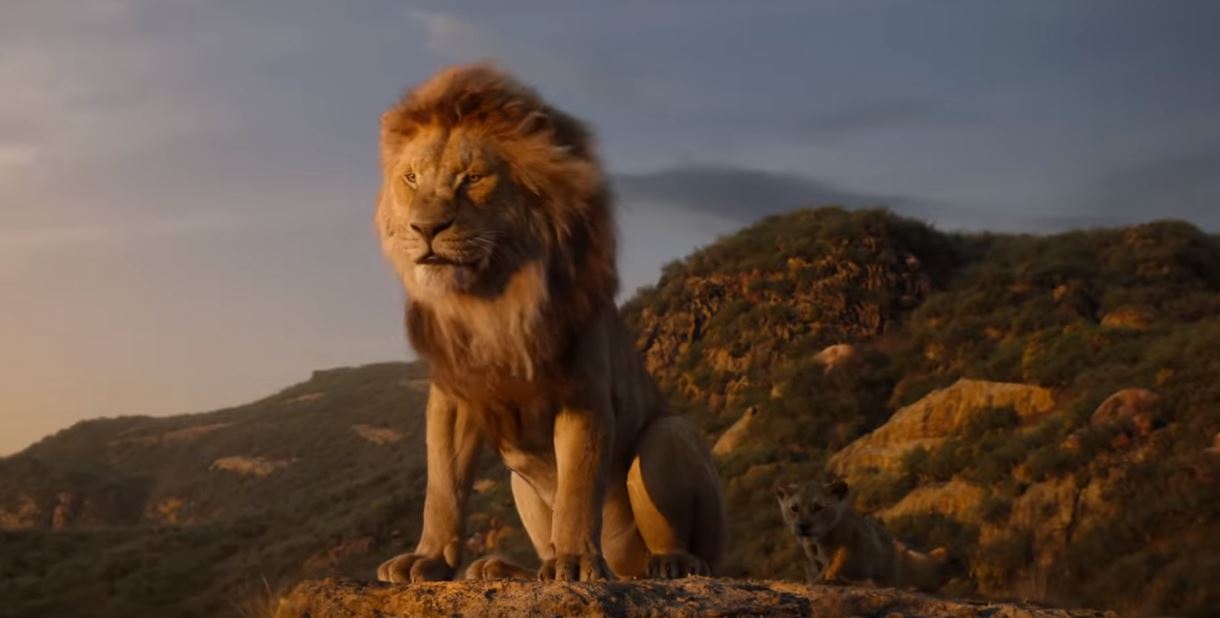 When is The Lion King remake out in the UK?

If you've been patiently waiting for this film to enter cinemas, you won't have to wait any longer.

The movie hit cinema screens across the UK on July 19.

The motion picture was confirmed back in 2016 and Disney had "fast-tracked" it in order to meet the 2019 release date.

In November 2018 director Jon Favreau said that he would be using more of the same virtual reality technology used in The Jungle Book. 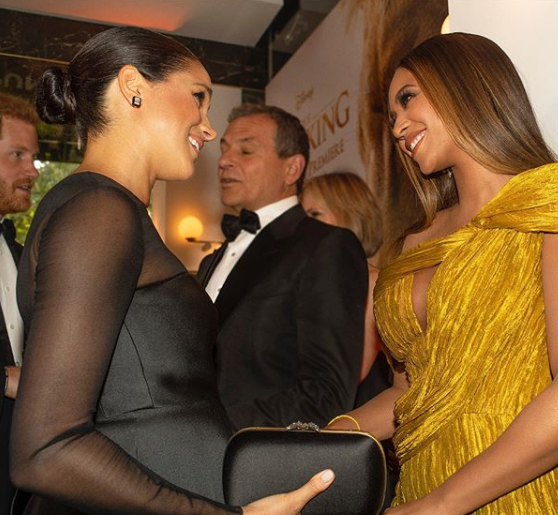 Did Meghan Markle and Prince Harry chat with Beyonce and Jay-Z at the UK premiere?

Yes – Meghan and Harry made an appearance at the premiere in London on July 14, 2019.

The Duke and Duchess of Sussex arrived on the red carpet holding hands before they watched the updated Disney classic in Leicester Square.

The royal couple warmly greeted Beyonce and Jay-Z before chatting with Elton John, who briefly whispered in Meghan's ear.

Beyonce gushed over baby Archie as the two power couples met for the first time tonight.

The Drunk In Love singer told Meghan: "We love you guys. Your baby is so beautiful."

Meghan and Harry reportedly talked about parenthood with the pair, who have three children of their own – two-year-old twins Rumi and Sir Carter, and seven-year-old Blue Ivy.

Jay-Z gave the new parents the advice of "always find time for yourself". 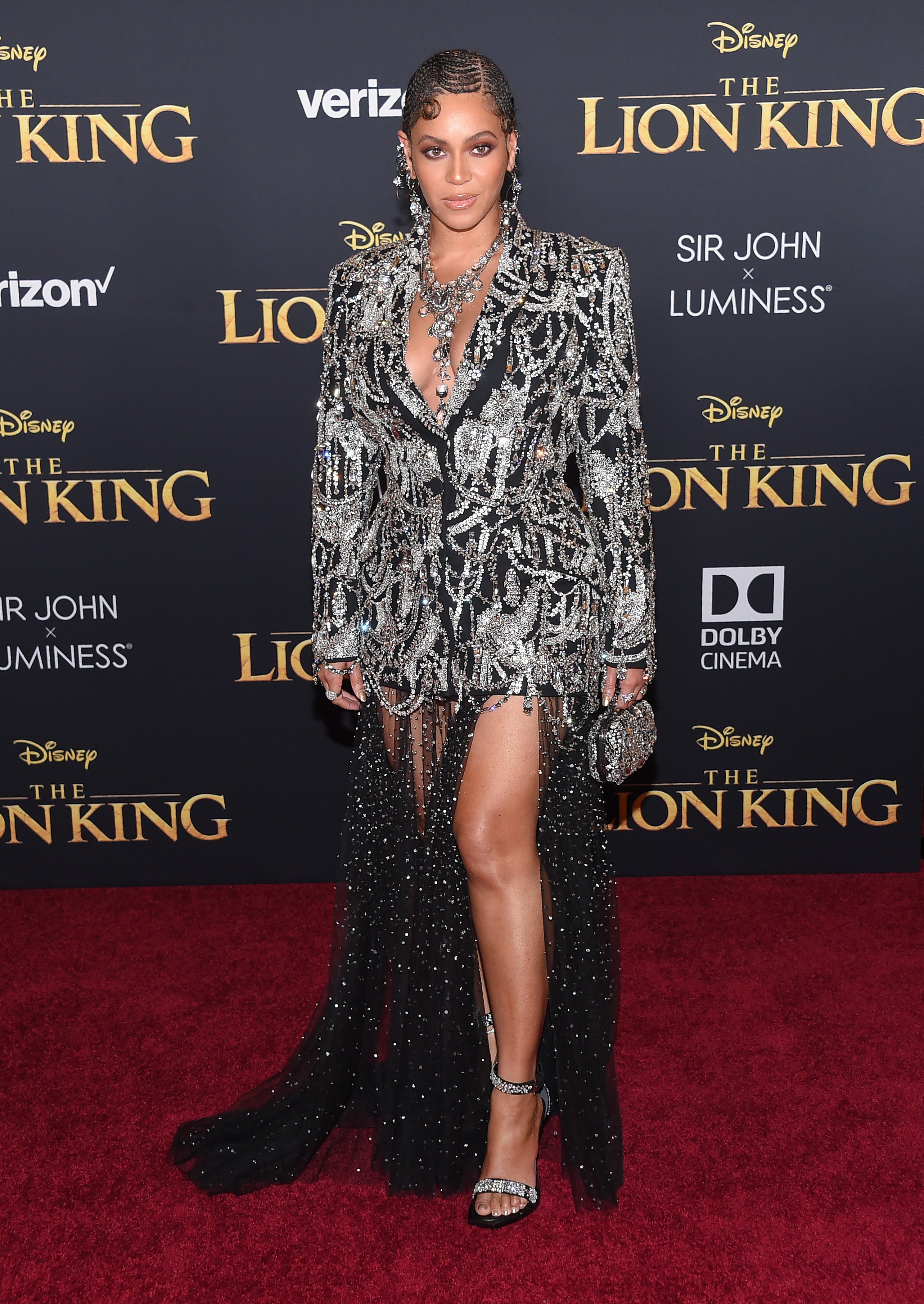 Who is in the cast of The Lion King remake?

It's been a while since Beyonce has lent her acting skills in a blockbuster film – the last time was when she starred as Queen Tara in 2013's Epic.

But it seemed as if the Crazy in Love singer couldn't refuse the offer to star alongside an A-list roster in a Disney classic as big as The Lion King.

Beyonce voices the character of Nala and is also believed to have recorded original music for the upcoming soundtrack.

Nala is Simba's childhood friend, and after helping him enter the elephant graveyard, she has to be saved by Mufasa when the vicious hyenas attack them. 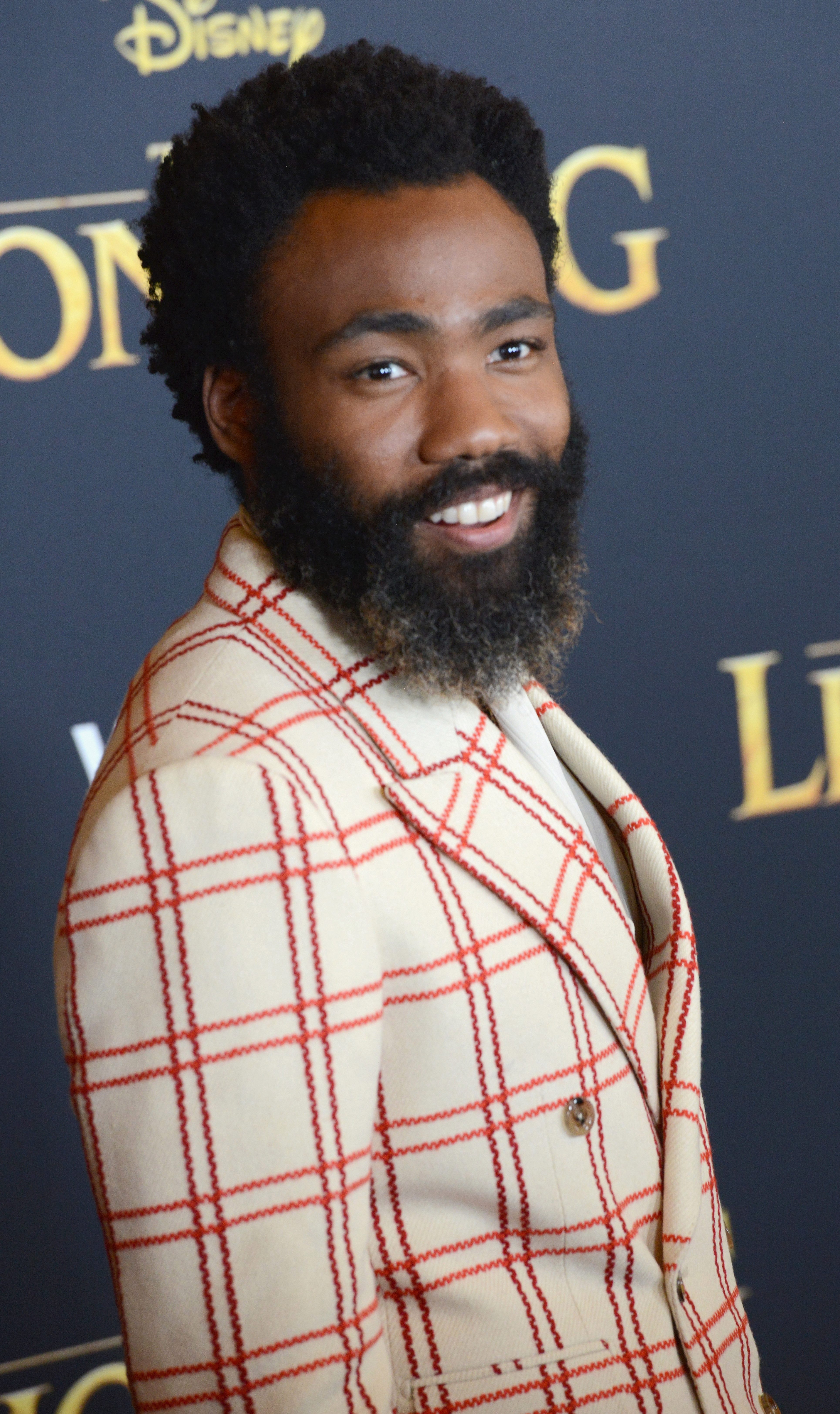 Not only is he a successful musician, but Donald Glover has also proven himself to be an exceptional actor.

Following his success with the hit show Atlanta, having also played significant roles in movies such as The Martian and Solo: A Star Wars Story, the 35-year-old seemed a perfect fit for the upcoming children's movie.

In The Lion King, Donald plays Simba, the son of Mufasa and Sarabi, who is also Scar's nephew and Nala's friend. 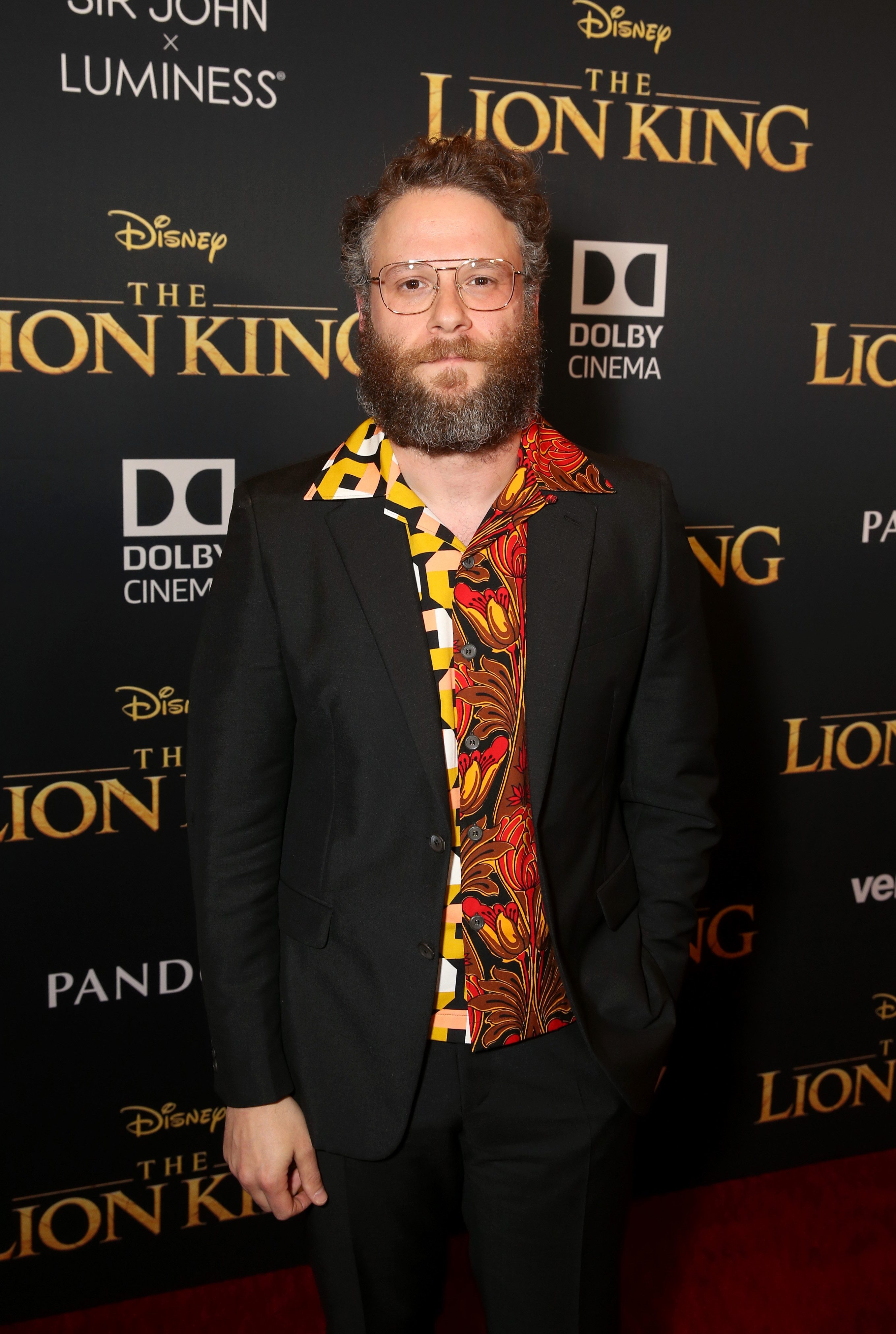 While this may have been seen as an odd choice, when you really think about it, Seth Rogen is perfect for this movie – once you find out which character he plays.

The comedian and actor, most known for starring in movies such as Neighbors, Superbad and Knocked Up – landed himself the part of Pumbaa.

Pumbaa, as fans know, is one of the most beloved characters in the Disney universe, mainly because of his funny antics and close bond with Simba – teaching him the basics of life in the jungle. 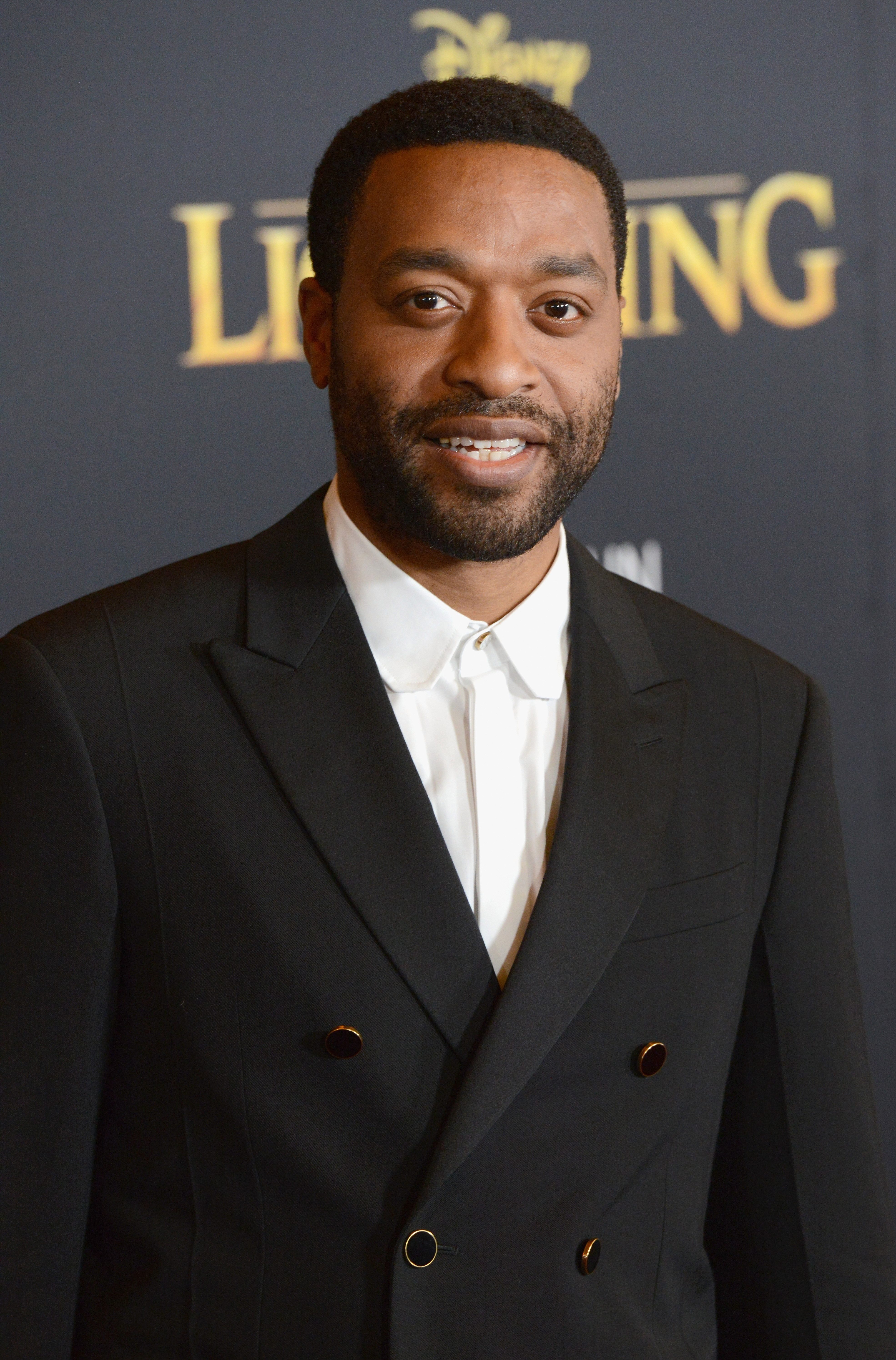 12 Years a Slave appeared to have helped open up so many doors for Chiwetel Ejiofor.

The actor has featured in so many movies as of late, it's hard to keep up with his list of credentials in the film industry.

Chiwetel voices Scar, the main antagonist in The Lion King, who shockingly murdered Mufasa and subsequently became King of the Pride Lands. 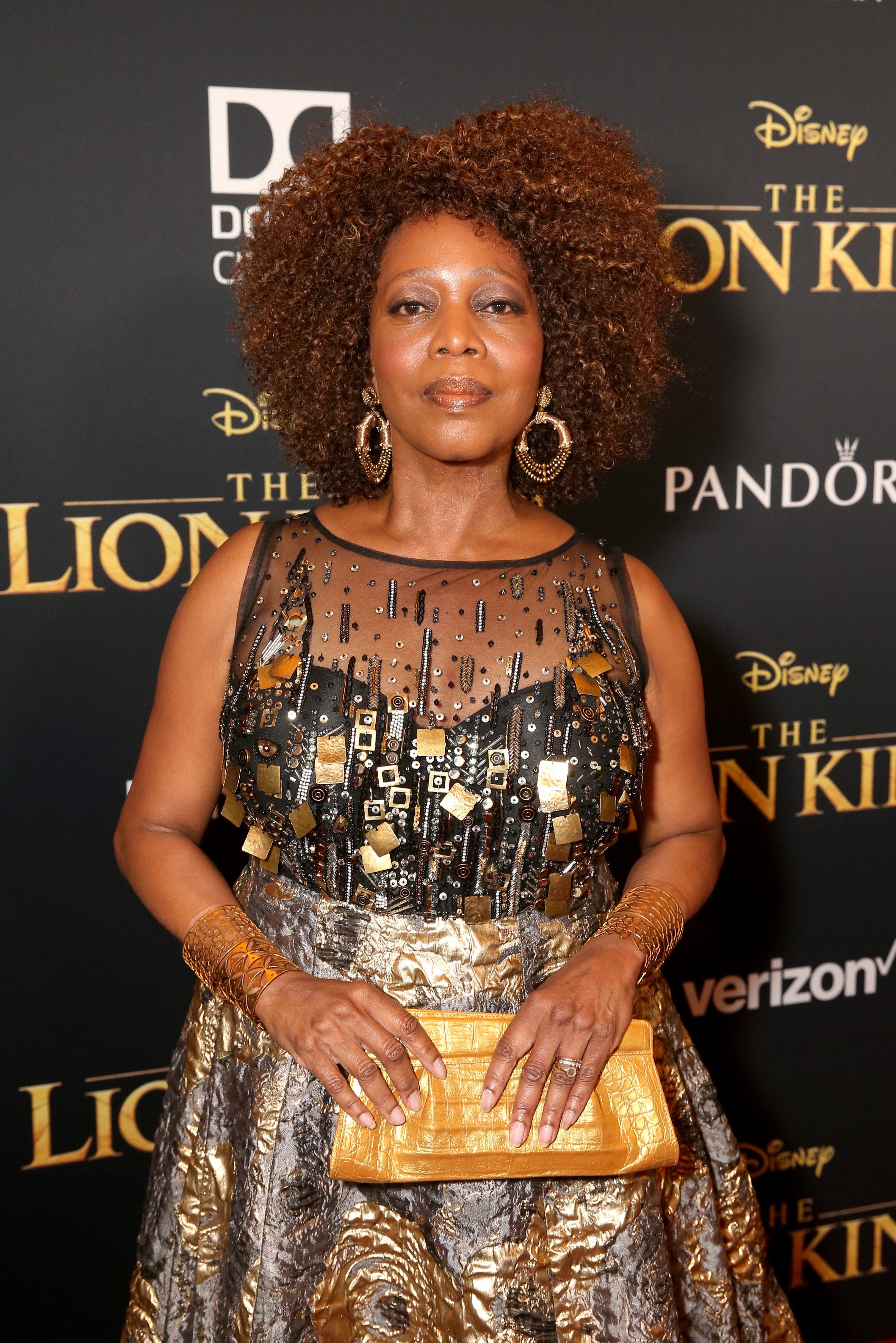 Alfre Woodard is probably best known for her role as Betty Applewhite in Desperate Housewives – a character she played for 26 episodes on the show.

But, it looks as if Alfre is showing some diversity, having taken on the role of Sarabi in the Disney classic, and if you're familiar with the original film, you'd probably agree in saying this part is perfect for her.

Sarabi, who is Mufasa's wife and Simba's mother, is also known as the Queen of Pride Rock, helping Simba fight against Scar and his hyenas at the film's close.

She doesn't reappear in the sequel, so we don't actually ever know what happened to her after The Lion King, so there's no indication as to whether she lived to see the birth of her grandchildren. 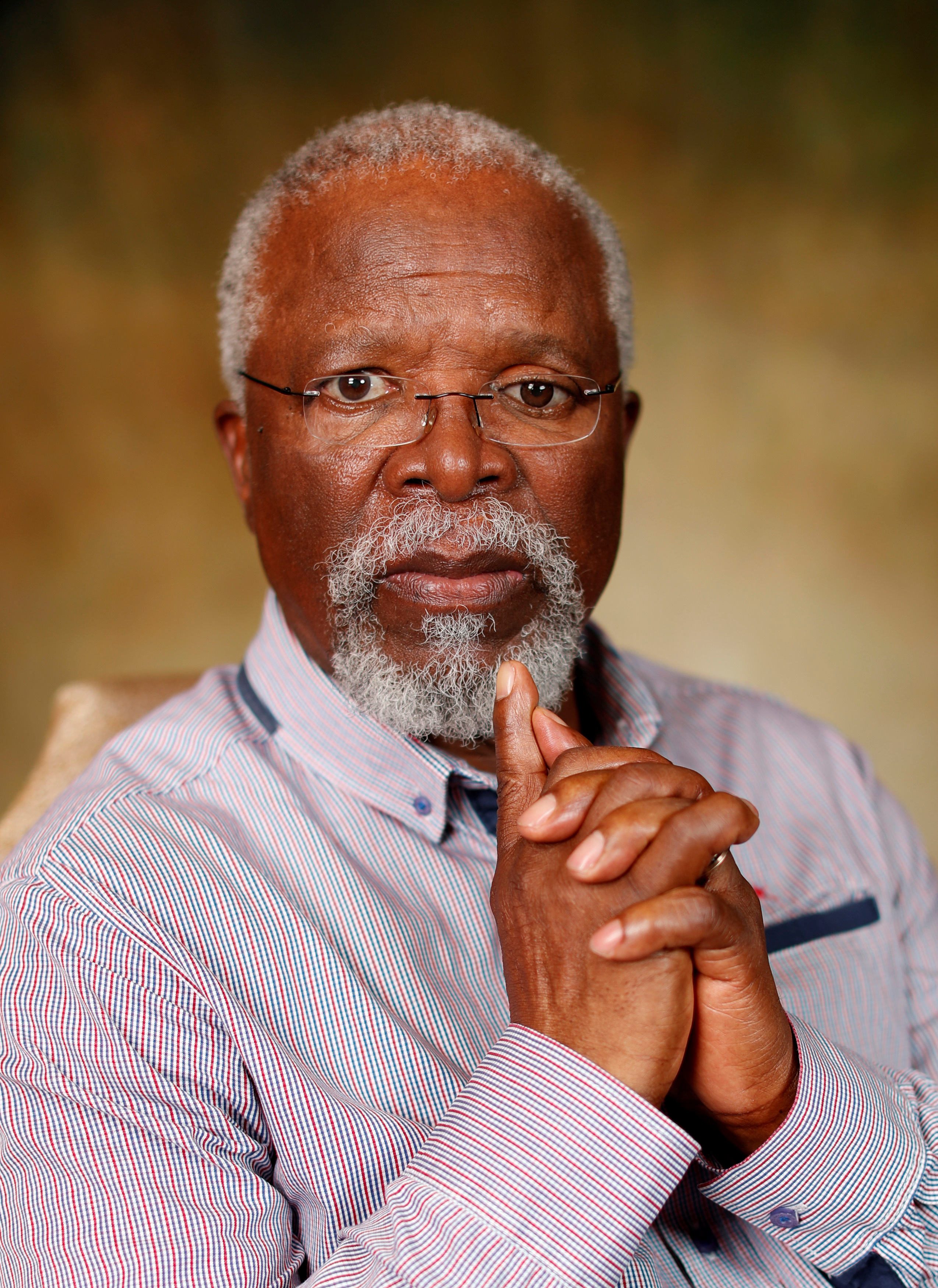 John Kani, who has been in movies such as Black Panther, Captain America: Civil War and Murder Mystery, stars as Rafiki in the live-action movie.

In the original film, Rafiki travelled to the jungle and teaches Simba about lessons from the past.

He also saved Simba from Banzai by hilariously whacking him with his stick in the midst of fighting with the other hyenas.

By the end of the movie, he presented Simba and Nala's newborn cub, which made for quite the beautiful conclusion.

What are the film reviews for The Lion King?

The wizardry of CGI has certainly impressed some critics, as the live-action version of The Lion King has been hailed a "visual delight" by The Independent.

Meanwhile, the BBC has enthused about the computer-generated flick and said the film "feels more life-like than Disney's many recent live-action remakes".

However, Evening Times Online gave the Disney classic a mediocre three out of five stars, although the critic did rave about the "attention to detail on the animals".

But Rolling Stone's Pete Travers was critical of the Disney remake and stated it lacked "heart, soul and the faintest hint of originality", while giving it a measly two and a half stars out of five.

Despite the mixed reviews, the much-anticipated movie has a star cast, including Beyonce, and the music and storyline are still as tear-jerking as they were 25-years-ago.

One major difference, of course, is that it is no longer a cartoon format, yet that is the beauty of it – some would argue – as the realism of Academy-award-winning movie evokes deep emotion and adheres to a new generation of film watchers.

Matt Damon to Star in ‘Stillwater’ From Director Tom McCarthy