Many fans of The Last Kingdom know the news by now. The series will conclude with season 5. Although the upcoming season will be its last, there is still one more season to go before it’s all really over. 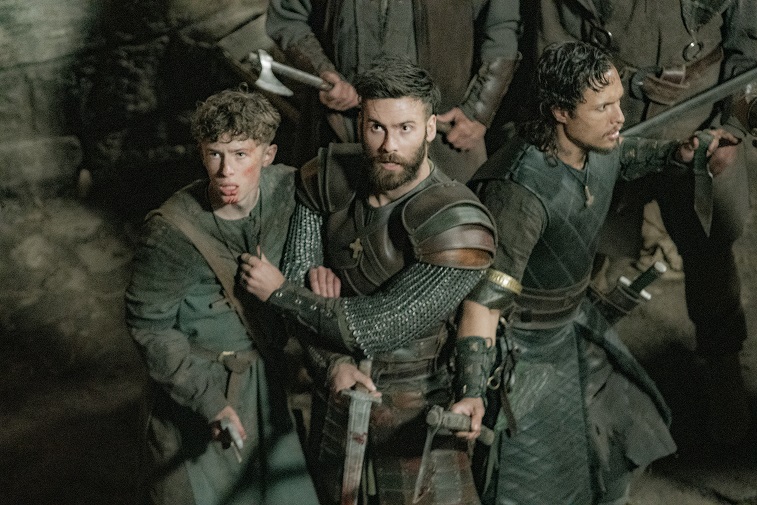 Season 5 of ‘The Last Kingdom’ is back in production, but it will be its last

Fans recently learned that the series is back in production in Hungary. On April 30, 2021, a video was posted on the official social media channels featuring Alexander Dreymon, who plays Uhtred, announcing the news that the series is currently in production. Many of our favorite actors can be seen in the video, including Rowley and Fedaravicius.

But unfortunately, that same day ahead of the production news fans learned about the show’s sad end. The story is being cut short, and season 5 will be the final season. Deadline announced the news of the conclusion of the series with season 5, verifying the news with Netflix and Carnival Films.

On June 4, 2021, Rowley posted an image of himself. He’s wearing headphones with his mouth open while wearing a white shirt, and nearby is what looks like equipment. Rowley mentions being in “the studio” and “singing” in the post. He also tags Fedaravicius in the photo and in the caption as well. He could be recording for the show, which is exciting to see.

Rowley captioned the post on Instagram: “Warmed up the studio before @arnasfederman took over! Team Uhtred… Singing about the good old days in Winchester….” Over 15,000 people liked the post, and over 200 people commented on it.

Finan and Sihtric in ‘The Last Kingdom’

Finan and Sihtric are some of the main character, Uhtred’s best friends. They are always by his side and fight for him on many different occasions.

Finan is a warrior originally from Ireland. He and Uhtred were slaves when they first crossed paths, but they are eventually freed, going through quite a bit together over the years.

Sihtric is the son of Kjartan (Alexandre Willaume), born out of wedlock. He’s a warrior sworn to Uhtred, and alongside Finan, the three are as close as can be.

Rowley shared an image with Fedaravicius on horses

On March 17, Rowley shared an image on Instagram of himself and Fedaravicius on horses. In it, they are both dressed as their on-screen counterparts. Finan crosses his arms while holding onto the reins as he looks off. Fedaravicius is by his side on his own horse as the two are captured in the shot while outside with a bright blue sky and greenery around them. Rowley tagged Fedaravicius in the post and included a funny caption as well.

Rowley captioned the post: “Waiting in line to get our takeaway pints of Guinness to celebrate #stpatricksday 🇮🇪

Sihtric: ‘If only we could fly over to Dublin on a big bird like structure.’

Finan: ‘I had a dream about that. They called it a plane…’

Sihtric: ‘That will never happen! Next you will be saying we can move around in metal machines generated by energy from the sun’… #pubchat #season4.”

It’s always nice to see posts like this. Hopefully, we’ll see even more before season 5 of The Last Kingdom drops.