The Handmaid’s Tale has thrown fans into confusion with the recent series and many are trying to work out whether or not subtle hints are being dropped in order to predict the outcome.

More recently, a scene was shown whereby Fred Waterford (played by Joseph Fiennes) and Serena Joy (Yvonne Strahovski) were dancing with one another.

And a few eagle-eyed fans were quick to notice the music change from a Waltz to one of their constantly reoccurring Tango’s.

Dance balls are not unusual in Washington DC, the place in which Commander Waterford and his wife are living, but they are however out of place in Gilead.

Noting this difference, one The Handmaid’s Tale fan took to Reddit and asked ‘what do you think the change in music means?’ to find out alternative views on the matter and whether something was being foreshadowed.

A user named pauz43 replied with their opinion and said: “I thought Serena was imagining what “should” have happened, not what really happened.

“Neither Serena nor Fred are sufficiently talented dancers to have people standing in an admiring circle applauding their skills.

“Fred is a small fish from a small pond and Serena has only nine fingers (it’s common knowledge why) — they’re nobodies in DC, even though the High Commanders seem to want them there,” they continued.

“I don’t think either one of them is smart enough to be playing power games at that level, because neither of them seems to realise they’re being manipulated and used. 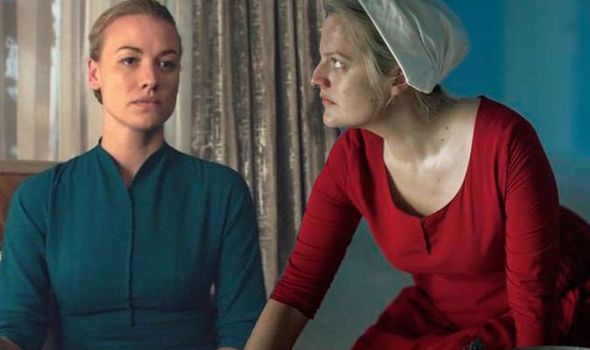 pauz43 concluded: “Serena is a true believer who still thinks she can influence Gilead in some meaningful way. Fred is a naive cynic who is sure that as other commanders get away with “ungodly” behaviour, so can he.

“Those two idiots will end up in the colonies before the series is over.”

Someone else named ftojenn suggested Serena was “reestablishing herself as a privileged member of Gilead”.

Cleanclock argued: “I think the change in music echoed the shift in the Waterford’s behaviour – from, up until that point, they had always consistently acted extremely prim and conservative, to this sultry and sexy dance.

“It was a clear break from their typical decorum and very obvious a break from Gilead standards.” 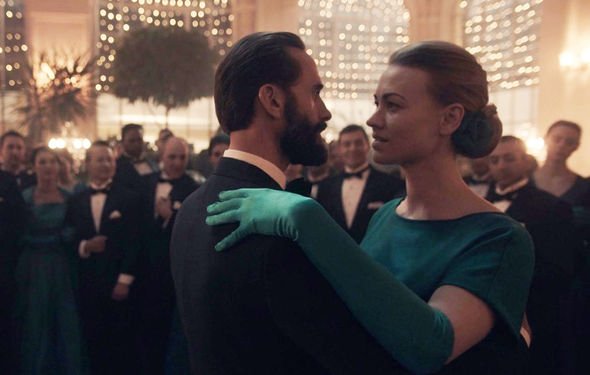 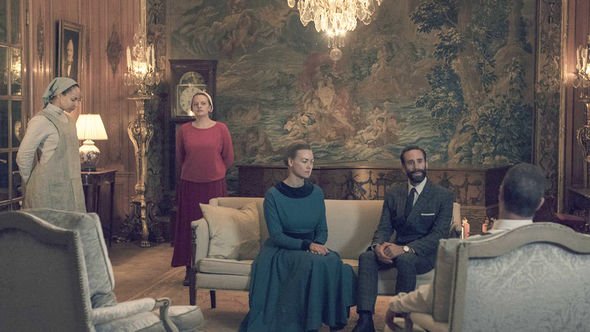 What do you think the change in music means?

Therefore, with all these theories flying around, is Gilead under threat? Or is Serena playing a game?

It comes after Commander Winslow’s (Chris Meloni) secret identity was potentially exposed by a clue.

In a previous scene of the show, the DC Commander was playing Billiards with Commander Waterford and those watching at home were convinced that Commander Winslow was using his sexuality to get what he wants.

Playfully tapping Fred with his pool stick, as well as caressing his shoulder, Commander Waterford did all that while holding a teasing conversation about his potential future in the city.

The Handmaid’s Tale season 3 drops weekly on Hulu on Wednesdays and airs on Channel 4 in the UK every Sunday at 9pm.