For some reason Warner Bros isn’t dropping any of their film footage from their upcoming movies at DC FanDome on social today, except for Black Adam. 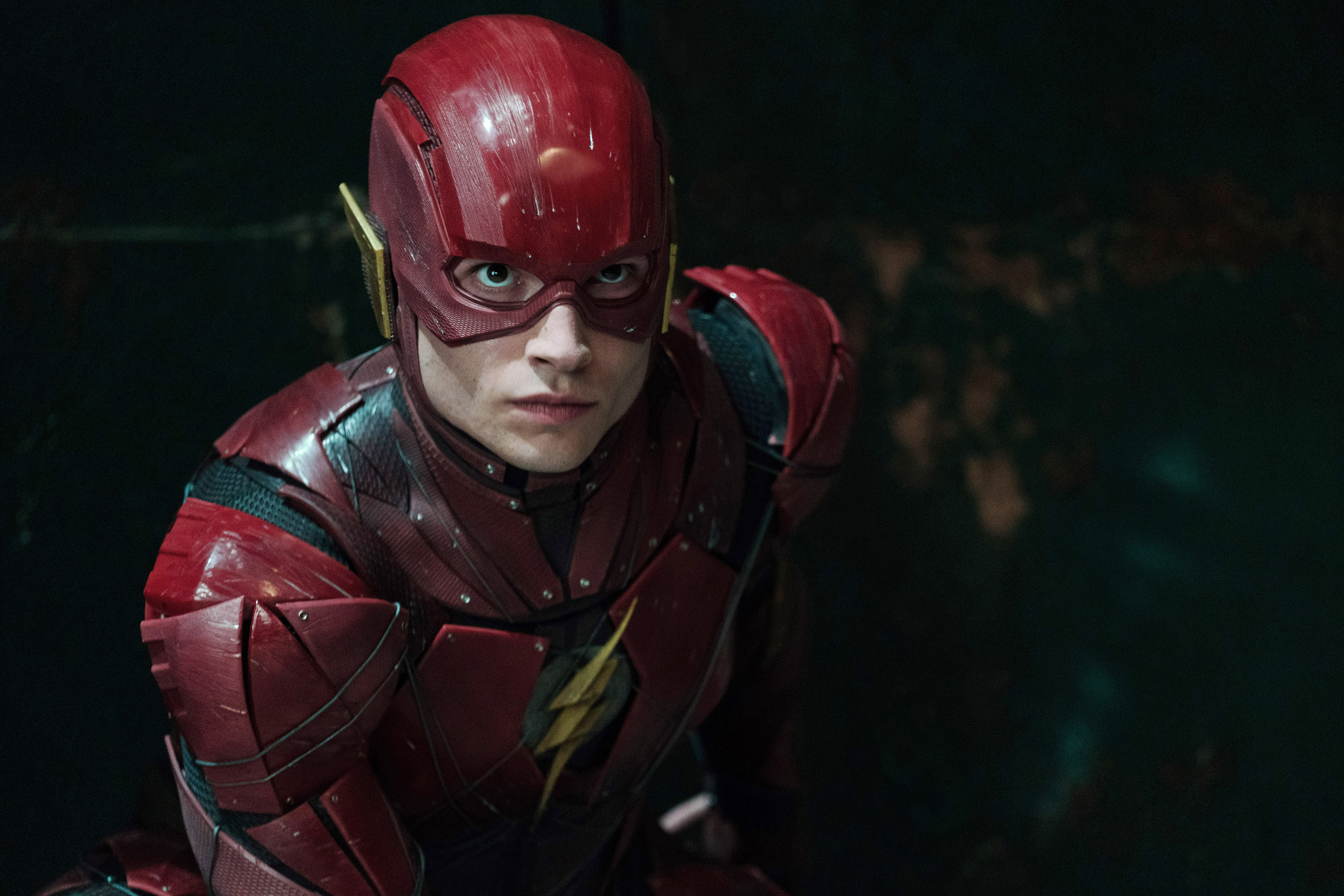 There was a snippet of The Flash star Ezra Miller talking from the set saying they’re in production and don’t have enough to show off a teaser, but he came armed with more than he promised.

In the sneak peek which opens in the fog, a taxi arrives. We’re inside an empty mansion and we’re given the impression that Flash can go to any timeline; it appears his past with his Mom. There’s than a moment when Miller approaches Batman (who we see from behind — not clear if it’s Michael Keaton’s version, which has been promised), and Miller’s Flash says “Are you in?”. The clip ends with Miller pulling a sheet off of what we can assume is The Batmobile.

Miller’s motion picture Flash was introduced in Zach Snyder’s Justice League. The pic is shooting over in London. The Flash hits theaters on Nov. 4, 2022.