Hosted by Kal Penn, the virtual ceremony contained exclusively pre-taped material — which made for a succinct if slightly airless event — and it was one that did little to disrupt the current narrative with regards to Emmy favorites. Which is to say that “Ted Lasso” lasso’d and “The Crown” crown’d and everything was copacetic.

Setting aside the series awards momentarily, let’s look at a few categories that didn’t have locked-in frontrunners and see what kind of insight they’ve brought to the Emmy conversations.

Oh. Almost none. In truth, a bundle of Sunday night’s awards went to winners that have already been through last year’s Emmy cycle, making them ineligible next year, and thereby for the most part lame duck winners.

But that doesn’t make them worthless. Many of the WGA Awards presented tonight went to competitors that, for whatever reason, didn’t make as much of a splash as they deserved to. Hulu’s “Mrs. America” had the unenviable task of competing directly with HBO’s dominant limited series “Watchmen” at the Emmys, and seeing its writing staff earn accolades from the WGA was immensely satisfying. The same goes for the animation win for an episode from the final season of Netflix’s “BoJack Horseman.” Written by Nick Adams, “Xerox of a Xerox” was released on January 31, 2020, a lifetime ago as far as awards go, but left a strong enough impression — not unlike the series itself — that it was celebrated nearly 14 months later.

Meanwhile, Netflix’s “Ozark” took home its first ever WGA win for “Fire Pink,” an episode penned by Miki Johnson, which is certainly cold comfort after a difficult Emmy season, but reason to celebrate all the same.

But let’s turn to next year’s movers and shakers. As we discussed on Friday, the smart money in comedy and drama series was to go with the favorites, a strategy that would not have led you astray. 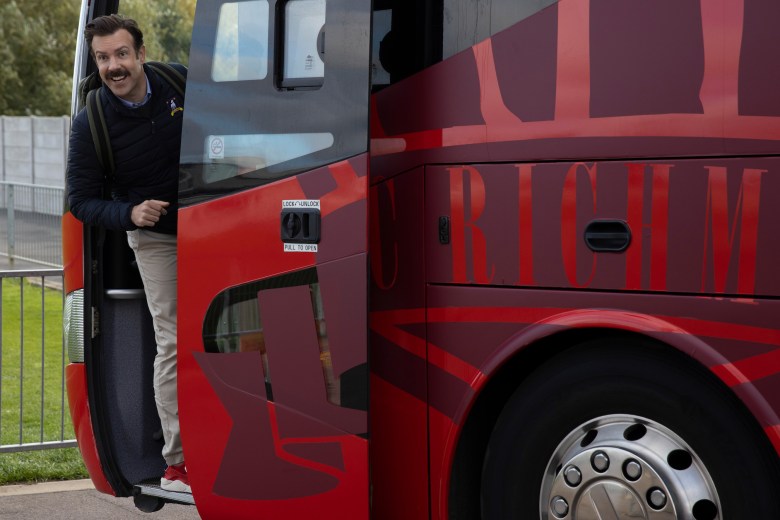 As expected, Netflix’s “The Crown” took home the drama series prize, while Apple TV+’s golden boy “Ted Lasso” landing on top for both comedy series and new series, again confirming perhaps the one sure thing to come out of the pandemic: People frickin’ love “Ted Lasso.”

The series did not, however, take home a third WGA honor in episodic comedy, where it was edged out by Hulu’s royal comedy “The Great” — though, to be fair, I warned you that it was a show that was definitely in play when it came to the comedy categories.

Something to keep in mind as the year progresses is what exactly is happening with regards to Season 2 of “The Great.” Currently in production, the first season of the series appeared to be a late bloomer in the summer of 2020, which resulted in it nabbing a few lucrative Emmy nominations. If Hulu can manage to rush production of the second season and release it before the May 31 eligibility deadline, the comedy race would get a much needed adrenaline boost. That said, don’t hold your breath.

Over in adapted long form, Netflix’s “The Queen’s Gambit” took home the trophy, suggesting that perhaps the chess-based limited series is ready to take the next step and solidify its place next to “The Crown” and “Ted Lasso” at the frontrunner’s table.

The producers are next up on the awards docket, so look for more analysis on Wednesday night after the conclusion of the Producers Guild of America awards.