The Best 65 Inch TVs to Get Right Now

This article is a part of RS Recommends, an editorial series reviewing products in music and entertainment. Items are independently selected; Penske Media may earn a commission from purchases made from our links.

While we would agree the size of your television depends on your space constraints and personal preferences, we’re big fans of a 65-inch screen. The reason? It’s big but not obscene. Anything bigger than a 65” and you may as well pick up a projector. Perhaps your setup is different, but most of us don’t have wall space for a 75” or 80” television. And yet, as the focal point of a living room or den, a 50” seems too small.

So, if you can afford the space, here are our favorite 65” TVs on Amazon right now. We rounded up 6 televisions in assorted prices to give you the full spectrum of what, we think, is the Goldilocks of TVs. These TVs do well for gamers, film buffs and Netflix addicts, alike.

One thing to note, as you peruse our list, you may notice most of the TVs listed are from 2018. While TV technology does improve slightly year over year, it’s generally nothing major. And while some always prefer to get the latest and greatest, you can score big savings on a 2018 model that looks just as good as the 2019. 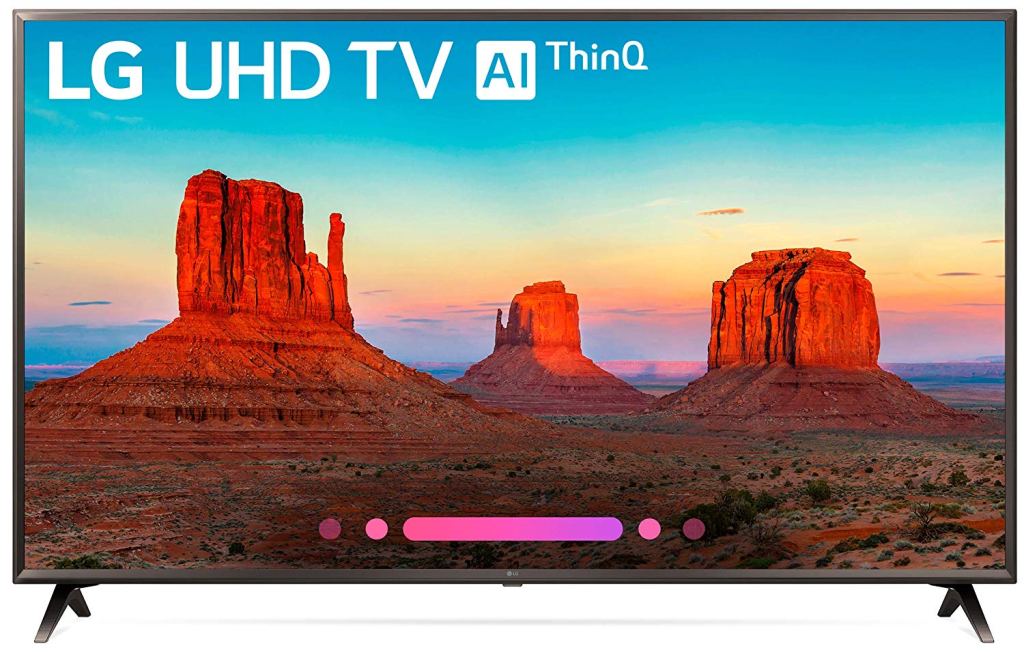 LG’S UK6300PUE model from 2018 comes as a solid buy for anyone looking to purchase a high-quality smart TV at a discounted rate. For $746.99 on Amazon, you can get a top of the line LED TV with smart capabilities, Amazon Alexa and Google Virtual Assistant support (sold separately) and features like built-in Wi-Fi, Bluetooth and 4K resolution. Furthermore, this TV packs LG’s scene by scene optimization technologies, HDR10 and HLG. These technologies will actually adjust pictures on a frame by frame basis, making any standard shots look as if they were filmed in HD.

The UK6300PUE also comes with LG’s Magic Remote, which allows for voice control through LG’s system to do anything from selecting a film to asking information about a director. While this is TV is great, we should note it’s not an OLED TV, but rather an LED. This means that the picture will be crisp, but it will lack the darker blacks and brighter whites of an OLED TV. Purchase: $746.99 on Amazon. 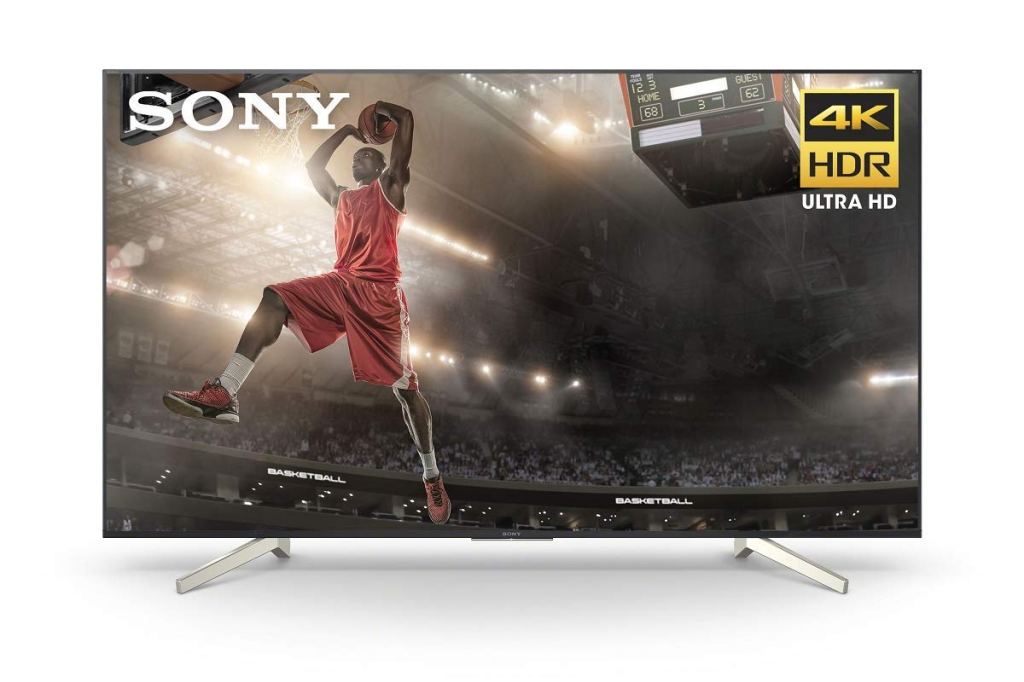 The 850F series from Sony offers an Ultra HD Smart LED TV with 4K capabilities. Though it’s not the top of the line for Sony (that would be the 900F), users felt that this TV had a more realistic picture than the 900F. Thanks to Sony’s X1 processor and Dynamic Contrast Enhancer, this TV will update color and picture details on a frame by frame basis. Another perk of the 850F series is it packs a refresh rate of 120 Hz. For all intents and purposes, this is about the highest refresh rate the casual viewer would need, due to the fact that most recording equipment out today can’t support anything higher.

All of this is to say the 850F delivers a quality LED TV with top of the line specs. And with streaming services starting to offer 4K Ultra HD content, now is a perfect time to get behind this technology. Purchase: $1,094.00 on Amazon. 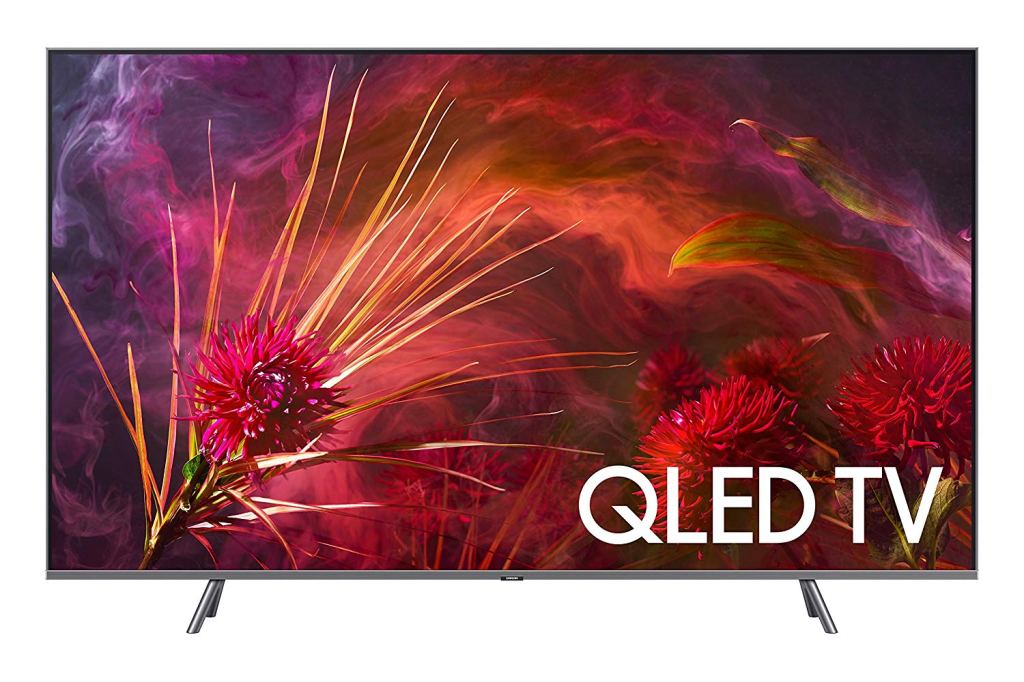 Seamlessness stands as the biggest draw for Samsung’s QLED 8 Series TV. As the priciest TV on our list, we’d expect nothing but the best, and the 8 Series delivers on that promise.

Using Samsung’s Q Color technology, this 8 Series packs over one billion colors to make sure your picture is as bright and beautiful as it can possible. On top of that, Q Color delivers 100% color volume, so nothing looks washed out, even at its absolute brightest.

Aside from the above, what stands out the most with Samsung’s 8 Series is its ability to blend into your home. The screen itself is nearly bezel-less, and it even comes with a feature Samsung dubs as their “clean cable solution,” which is a nice way of saying they’ve engineered their plugs and outlets to look as invisible as possible. If your TV is set up as the focal point of your living room, this is the one you want. Purchase: $1,598.00 on Amazon. 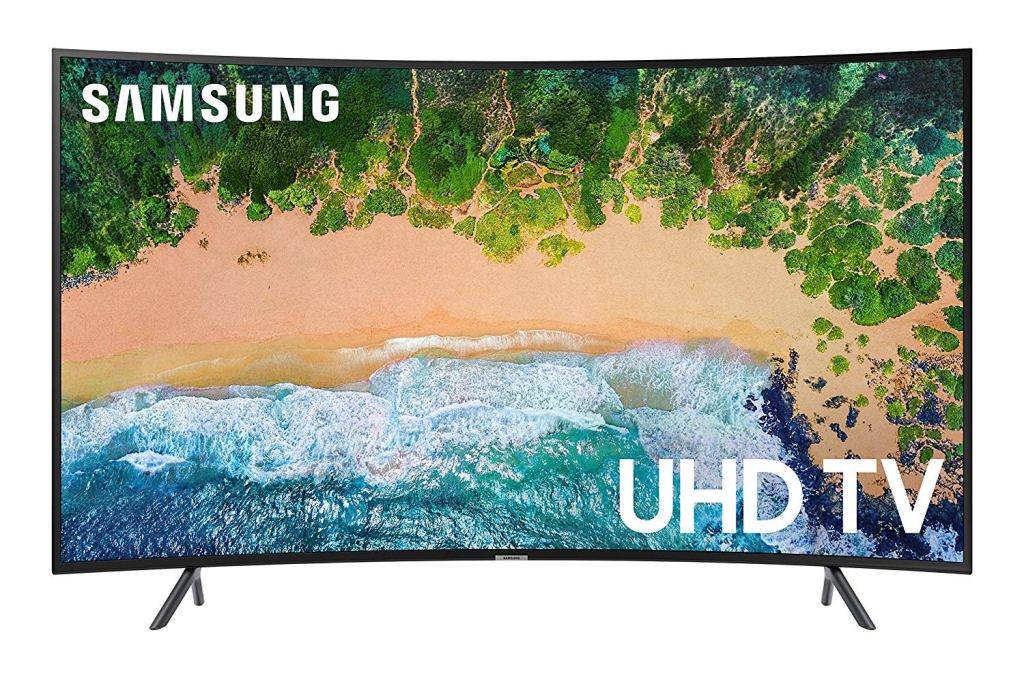 Samsung’s Curved Series 7 from 2018 offers a fantastic way to grab their sleek looking Curved TV for a great price. But the Series 7 is more than just striking design. Under the hood you’ll find Samsung’s PurColor tech, which employs millions of shades of color to ensure you get the most vivid picture possible. The biggest draw, however, for the Curved Series 7 is their UHD engine. This feature will enhance any non-4K program to near 4K quality automatically, which, as cable still isn’t filmed in 4K, is a killer feature to have on your set. And while there is debate whether or not a curved screen is worth the extra price, the curved angles of this Samsung give added depth to your programs, and at $699.99, we’d call it a solid buy. Purchase: $699.99 on Amazon. 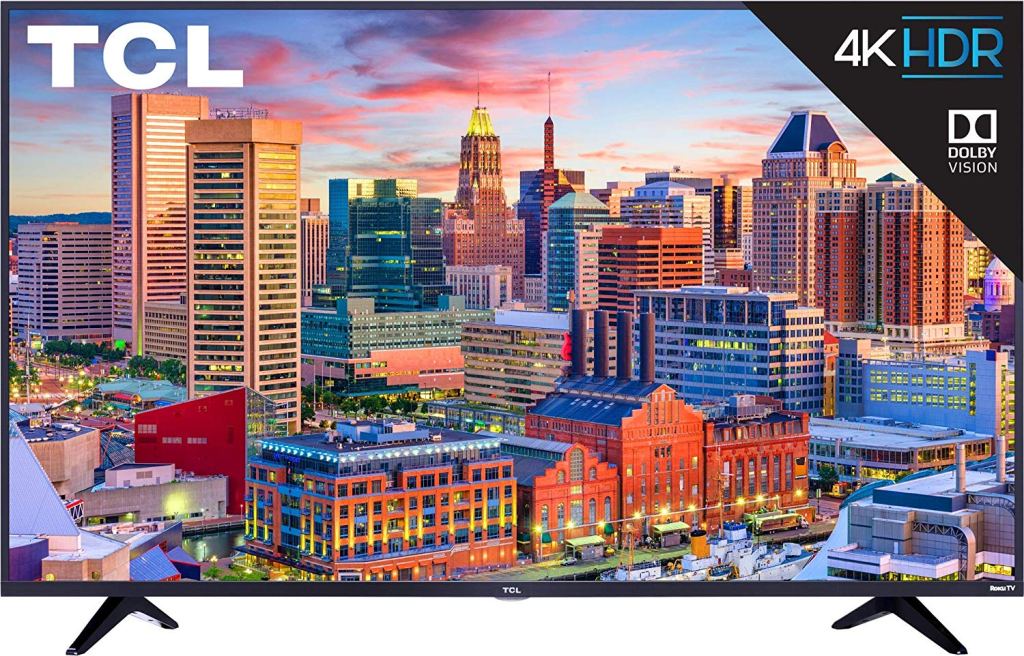 The 6 Series Ultra HD LED TV from TCL offers a premium television with built-in Roku capabilities at a relatively inexpensive price. Though $599.99 is far from cheap, with features like Dolby Vision HDR imaging and TLC’s own Photon technology giving you sharp colors and edges, you couldn’t expect it any cheaper. Furthermore, the 6 Series features CCZ or Contrast Control Zones which allow TCL to deliver the blackest blacks and whitest whites out of an LED TV, which is no small feat.

From a design standpoint, the 6 Series is fairly minimal. The screen itself pushes to the very edge of the TV, with the bezel being barely visible around the top and side edges. However, our favorite feature of this TV is the Roku integration. With its user-friendly navigation, Roku is a fan favorite for cord cutters, and having a TV that comes pre-set with this feature makes the unboxing and installing of this TV a breeze. Purchase: $599.99 on Amazon.