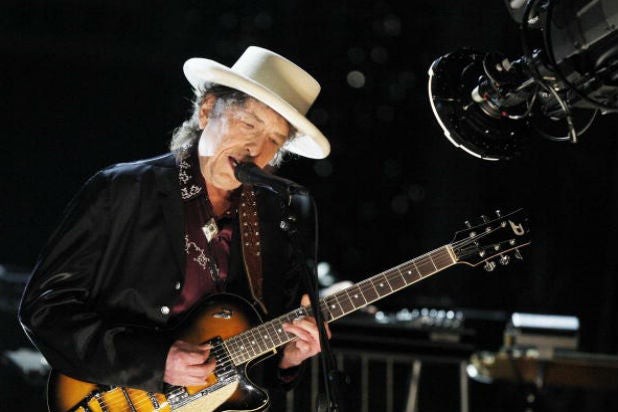 Universal Music Group announced Monday that it had acquired Bob Dylan’s entire catalog of songs in a deal that the New York Times estimated to be worth north of $300 million.

“It’s no secret that the art of songwriting is the fundamental key to all great music, nor is it a secret that Bob is one of the very greatest practitioners of that art,” Lucian Grainge, the CEO of the Universal Music Group, said in a statement.

A pioneer in the folk-rock movement of the 1960s, Dylan in 2016 memorably became the first songwriter in history to win the Nobel Prize in Literature. The Swedish Academy cited his work “for having created new poetic expressions within the great American song tradition.”

“To represent the body of work of one of the greatest songwriters of all time — whose cultural importance can’t be overstated — is both a privilege and a responsibility,” Universal Music Publishing Group Chairman & CEO Jody Gerson said in a statement. “We look forward to working with Bob and the team in ensuring his artistry continues to reach and inspire generations of fans, recording artists and songwriters around the world.”

The deal caps a song catalog acquisition spree within the music industry this year. Last week, the independent Primary Wave Music paid an estimated $80 million for a majority stake in former Fleetwood Mac frontwoman Stevie Nicks’ back catalog. And according to the Times, the U.K.-based Hipgnosis Songs Fund has spent at least $670 million this year accumulating 44,000 songs by Barry Manilow, Chrissie Hynde of the Pretenders, Blondie and other artists.