Paul Ritter portrayed the character of Martin Goodman in every episode of Friday Night Dinner’s six-season run on Channel 4. Sadly, the actor died in April this year at the age of 54 after suffering from a brain tumour. And paying tribute to her co-star at the opening of Friday’s documentary looking back at the sitcom, titled Friday Night Dinner: 10 Years and a Lovely Bit of Squirrel, actor Tamsin Greig delivered a tearful monologue in honour of her on-screen other half.

“I’m Tamsin Grieg, welcome to the show,” she said to the camera as the Friday Night Dinner special kicked off.

She added: “It is difficult to believe it is 10 years since the transmission of the very first episode of Friday Night Dinner,

“But to celebrate that momentous occasion, myself, members of the cast and a few surprise guests have come together to make this documentary.”

Greig moved onto Paul and described her Channel 4 sitcom co-star as a “most cherished” friend. 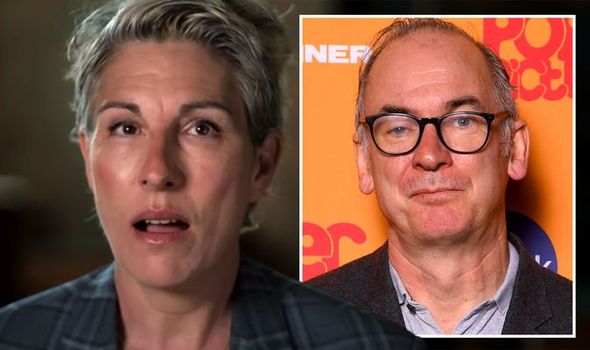 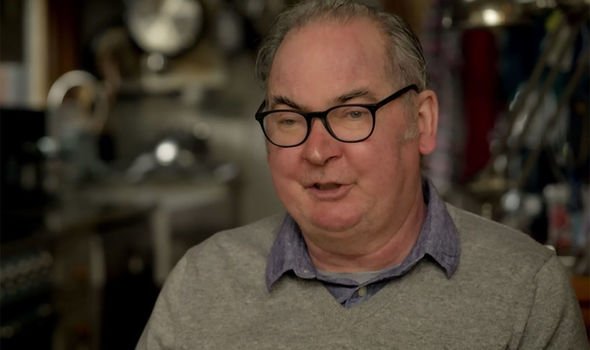 She continued: “I’m sure you know that very recently we lost our dear and most cherished friend Paul Ritter who plays Martin Goodman in Friday Night Dinner.”

Struggling to keep her composure, Greig took a deep breath as the emotions began to take hold.

“We all miss him terribly,” she added. “An incredible actor, a true friend and a lovely human being.”

Greig then revealed that despite being unwell at the time the documentary was recorded, Ritter was determined to be a part of the 10-year special. 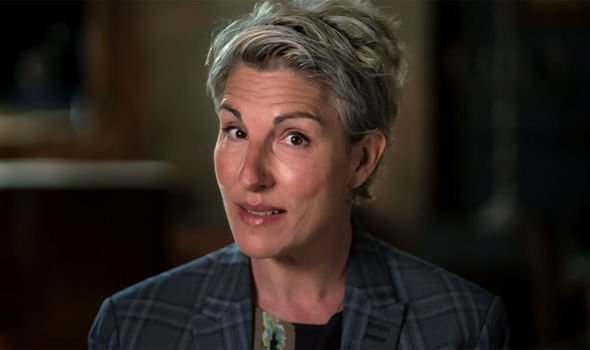 Greig said: “Sadly at the time of making the documentary Paul was pretty unwell.

“To be honest and don’t tell the producers this, I did try to persuade him not to do the interview [laughs].

“But it is testament to Paul’s courage, and generosity, and dignity and complete lack of vanity that he did want to participate in the documentary to do an interview and to really celebrate this little world that he’s been a part of and that he enjoyed so much over the years.”

Signing off her opening monologue, Greig concluded: “I know Paul would want us all to sit back and laugh and enjoy this celebration of the FND universe.

As the special episode unfolded, fans got to relive some of their favourite moments from Ritter’s Martin.

And, despite Greig’s pleas for him not to participate, Ritter provided commentary of his own, explaining just how much the role meant to him.

“I’d be nothing without him seriously,” Ritter told the Channel 4 cameras. “It was the great career gift, in terms of interesting parts. He’s been everything to me,

“And I loved playing him and I loved all the extraordinary scenes we do.”

Fans at home were in tears watching the tribute and seeing Ritter take part, with one saying on Twitter: “Heartbreaking to think we’ll never get to see the brilliance of Paul Ritter on our screens again. Honestly sat sobbing hearing him talking about how much he loved Friday Night Dinner.”

“Seeing paul ritter look so ill genuinely breaks my heart. he wanted so badly to take part in the documentary, about a show he loved so much. rest easy Paul, we’ll always remember you #FridayNightDinner,” a second added.

While a third commented: “I’m already in tears at Tamsin Greig talking about Paul Ritter #FridayNightDinner.”

Friday Night Dinner: 10 Years and a Lovely Bit of Squirrel is available on All 4 now.

‘Sex and the City’: How Sarah Jessica Parker Would Channel Carrie Bradshaw if She and Matthew Broderick Have Another Wedding
Recent Posts