SYLVESTER Stallone's wife has filed for divorce after 25 years of marriage.

The actor's spouse, Jennifer Flavin, has accused him of moving assets from their shared marital funds. 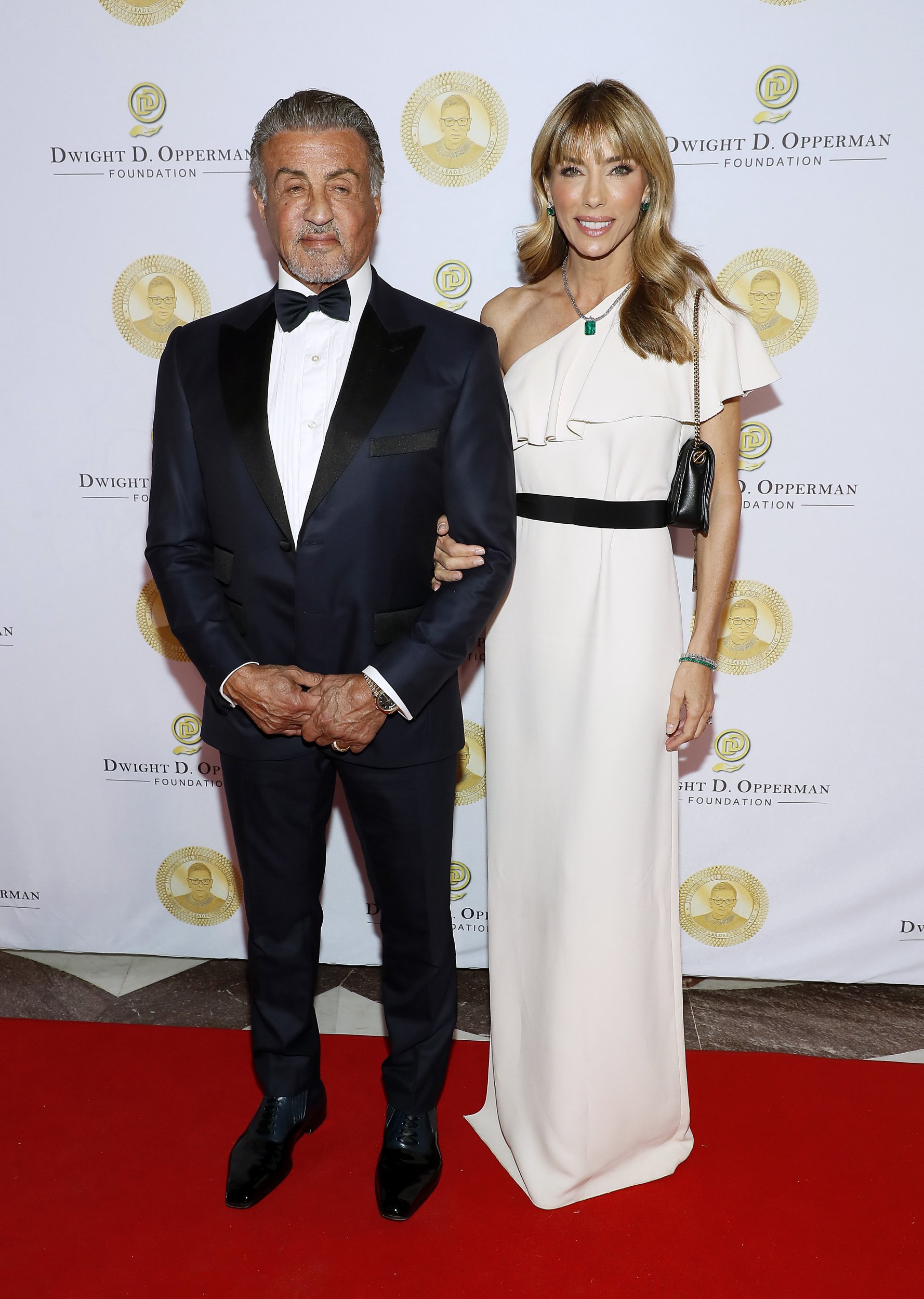 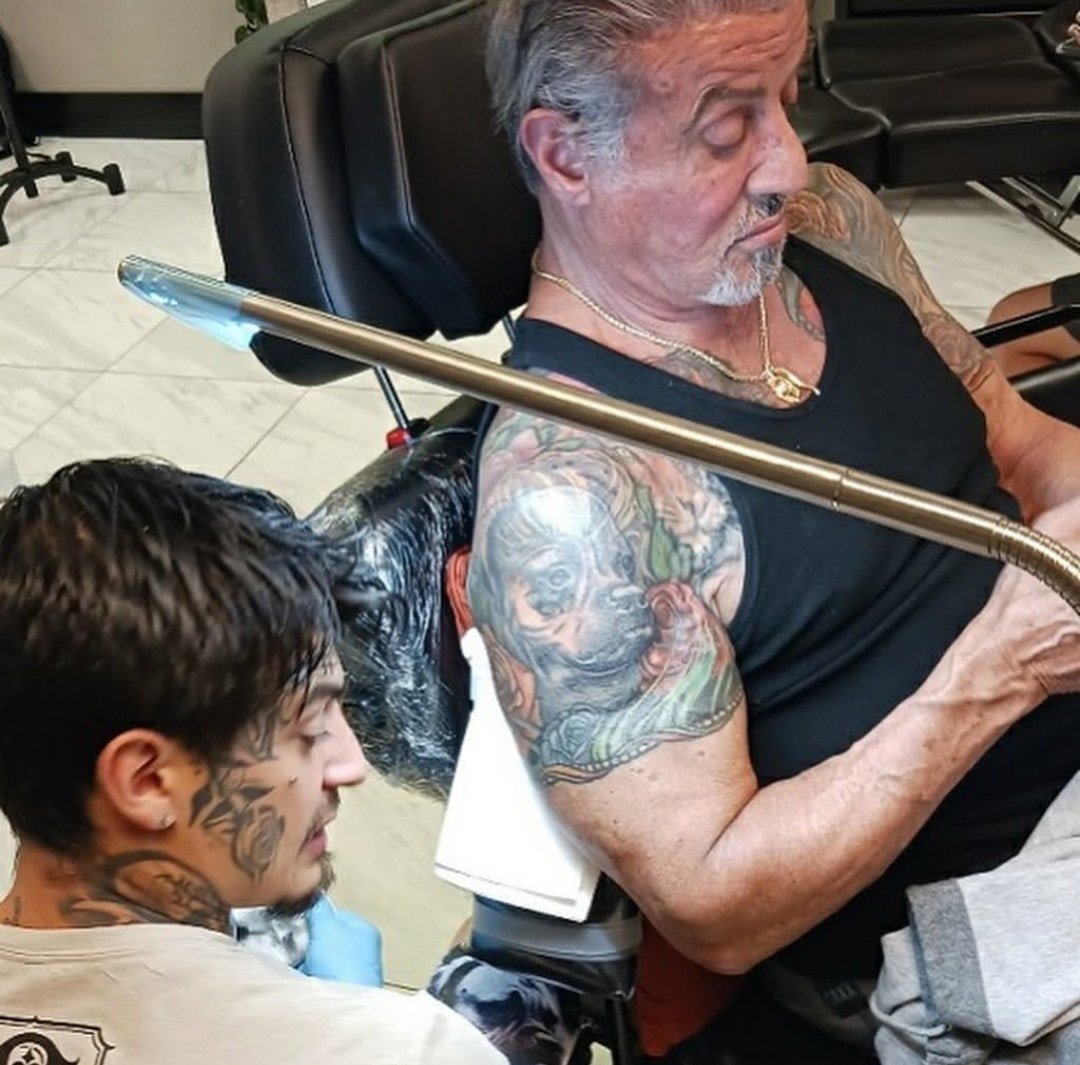 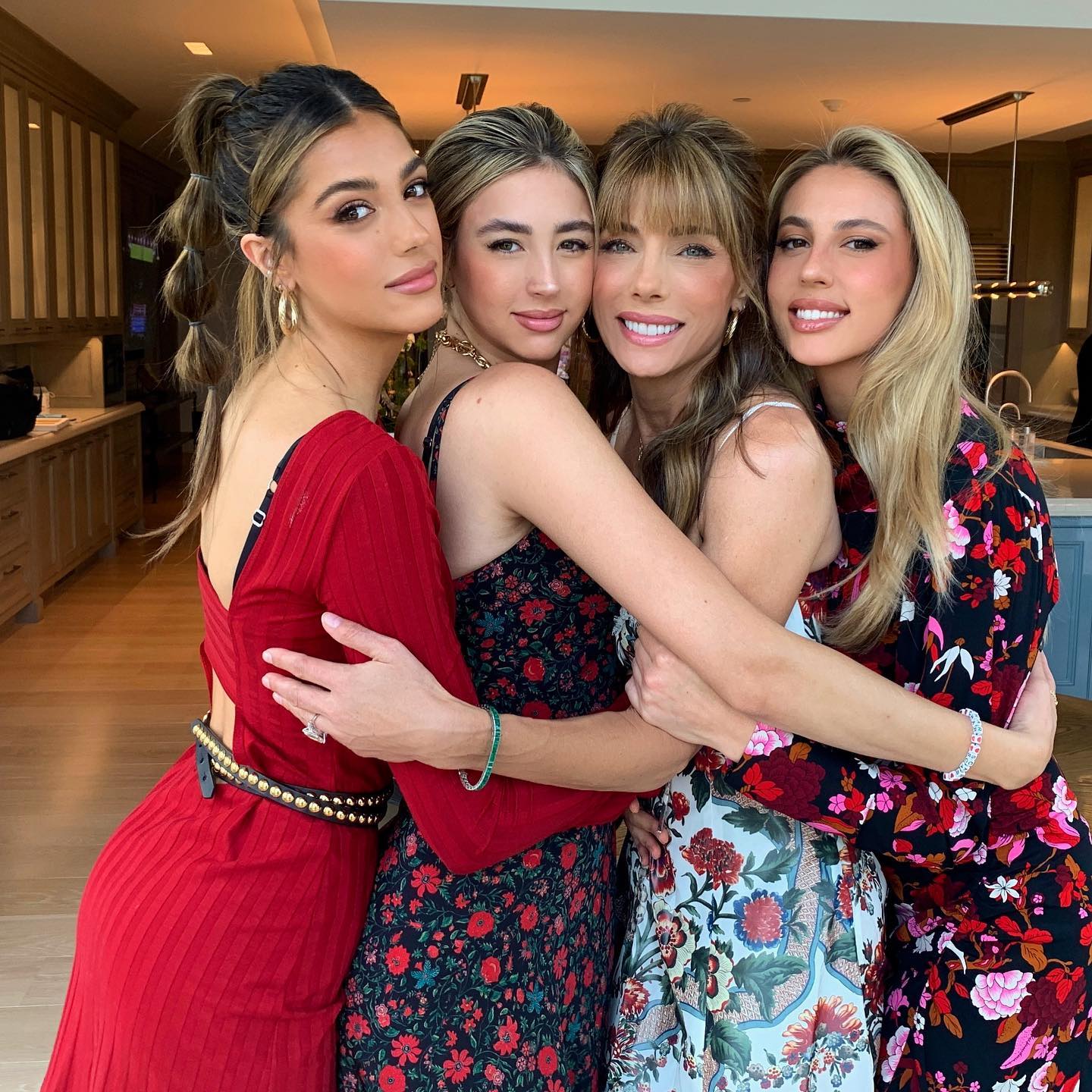 The former model filed divorce documents in Florida on Friday, according to TMZ.

She has requested sole domain over their home in Palm Beach as the court begins work on their divorce proceedings.

In the divorce papers, obtained by TMZ, Jennifer asserted that Sylvester, 76, has been hiding assets.

The documents read: "Upon information and belief, the Husband has engaged in the intentional dissipation, depletion and/or waste of marital assets which has had an adverse economic impact on the marital estate.

"Pursuant to Section 61.075, Florida Statues, equity dictates that the Wife be compensated and made whole by receiving an unequal distribution of the marital assets in her favor.

"Moreover, the Husband should be enjoined from, selling, transferring, assigning, encumbering, or dissipating any assets during the pendency of proceedings."

Jennifer has also requested that the court return her former last name, Flavin and that they put a stop to Stallone moving further assets from their shared accounts.

Earlier this week, Sylvester sparked rumors that his marriage was on the rocks by getting a tattoo of his wife covered with Butkus the dog from Rocky.

Sly previously had a large color portrait of Jennifer inked over his right shoulder, framed by red roses.

He was showing it off on Instagram as recently as August 7.

But just nine days later on August 16, a new post by tattoo artist Zach Perez showed him covering it with the bull mastiff.

That came after Jennifer's pointed post on August 10, showing her embracing daughters Sophia, 25, Sistine, 24, and Scarlet, 20.

She captioned it: "These girls are my priority, nothing else matters. The four of us forever. #truth #family #forever."

On Monday Stallone's publicist, Michelle Bega denied any problems in the marriage, according to DailyMail.com.

She said: "Mr Stallone intended to refresh the tattoo image of his wife Jennifer however the results were unsatisfactory and, unfortunately, unfixable.

"As a result, he had to cover the original image with a tattoo of his dog from Rocky, Butkus.

"Mr Stallone loves his family. The Stallones are presently filming a reality show together which will debut on Paramount+."

Jennifer was only 19 when she met the twice-divorced star who at the time was aged 42.

The pair met at a Beverly Hills restaurant in 1988, then dated for six years before splitting in 1994 when he reportedly broke up with her by post.

At the time the model told People magazine: "He sent me a six-page handwritten letter. It was pretty sloppy."

She later found out he had been having an affair with model Janice Dickinson.

Sylvester then dated 22-year-old model Andrea Wieser and was hit by accusations from Richard Gere he was trying to romance his wife Cindy Crawford.

However, Jennifer and Sylvester reconciled in 1995, before tying the knot in London in 1997.

Their three daughters have followed them into celebrity life, pursuing careers in modeling and acting.

Sly also had two sons from his previous marriage to Sasha Czack. 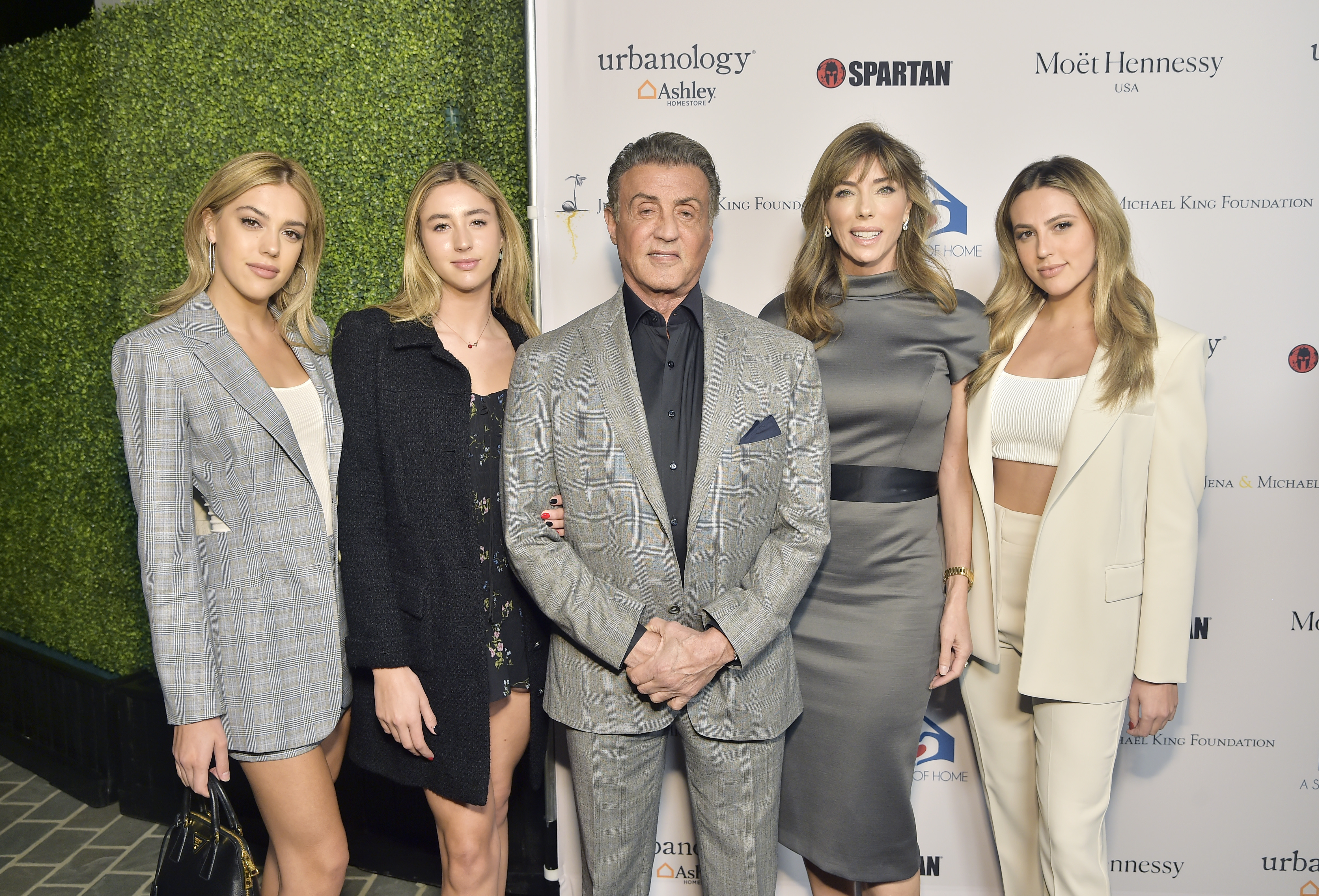 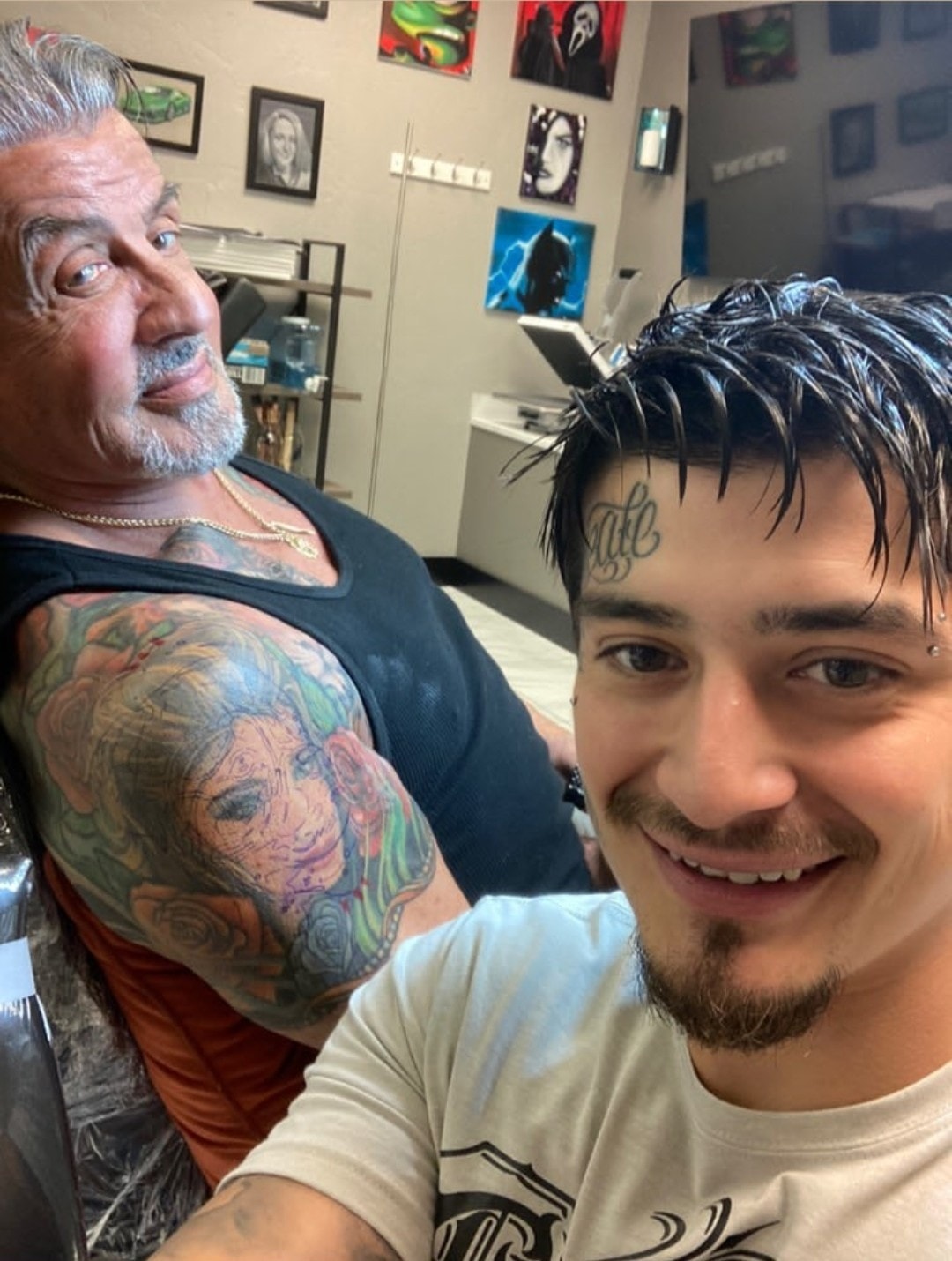