It has been a busy week for Sylvester Stallone.

It was recently reported that Sly’s wife, Jennifer Flavin, filed for divorce after 25 years of marriage. The actor told PEOPLE in a statement: “I love my family. We are amicably and privately addressing these personal issues.”

Just before that, however, one of his most iconic Rocky moments was brought back to life to show off just how popular the star’s legacy is in the sporting world.

WATCH THE ROCKY ADVERT AT THE TOP OF THIS ARTICLE

Leading bookmaker Ladbrokes have brought back Rocky Balboa for an inspiring and nostalgic campaign.

Not only does it show off Rocky in his legendary moment, running through the streets of Philadelphia, but it introduces a collection of new runners along the way.

By the time Rocky hits the top of the stairs at the Philadelphia Museum of Art, he is joined by sportspeople, rockers, drag queens, jockeys, and F1 drivers from around the world – whose own stories no doubt parallel the bruiser’s in their own way.

This incredible piece of movie history was altered by “a team of movie specialists who used VFX to adapt the original film scene”. 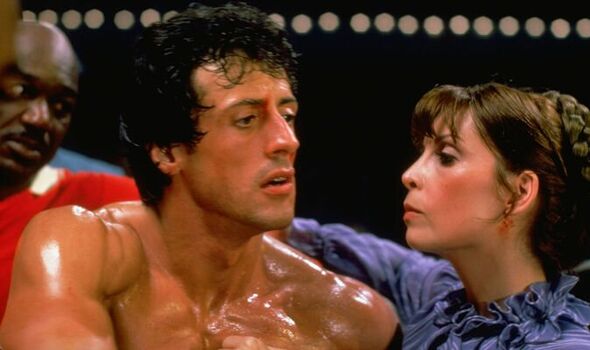 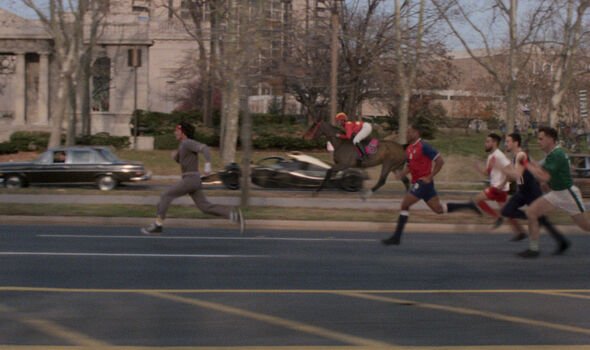 Ladbrokes’ Director of UK Brand Marketing, James Kennedy, said: “This scene is one of the most iconic in movie history and we’re confident that this new version packs a punch. We hope it brings a smile to everyone who watches it.”

The groundbreaking TV advert followed a survey commissioned by Ladbrokes which hunted down Britain’s favourite sports film of all time.

The survey quizzed over 1,000 British adults about their favoured sporting flick.

Of course, it wasn’t an easy set of choices. Included in the line-up were Moneyball, Rush, Chariots of Fire, Creed and even A League of Their Own. 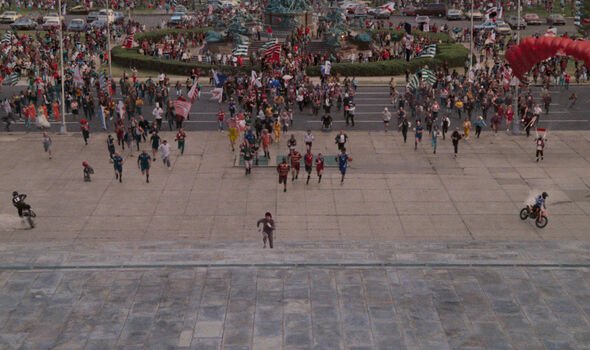 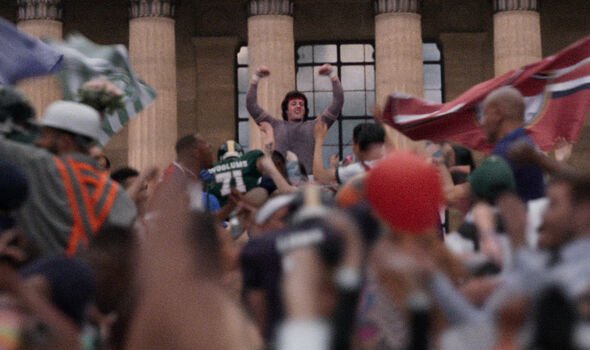 Ultimately, however, Rocky was number one.

And it’s plain to see worldwide, as well.

Out of the aforementioned film series, Rocky is the only one that had six films hit cinemas, before a successful spin-off series – Creed – launched as well.

What’s more, a second spin-off series was recently announced to be in production as well.

Earlier this year it was revealed that a new character will be joining the solo-movie territory: Drago.

Unfortunately for the series’ executive producers, Stallone was not happy about this news.

He launched into a rant on his Instagram account, where he called Rocky boss Irwin Winkler a “parasite”.

He accused the producer of “picking clean the BONES of another wonderful character I created without even telling me”.

The Rocky series is available to rent on Amazon Prime Video now.