Superstore: Jonah attempts to interview for another job

NBC’s popular retail comedy Superstore came to an end this month with a sweet and satisfying series finale. Viewers had hoped a proposed spin-off centred on Cloud 9 supervisor Cheyenne Lee (played by Nichole Sakura) and her husband, Bo Thompson (Johnny Pemberton), would continue the story, but the network has sadly pulled the plug on the new series.

A proposed Superstore spin-off starring Nichole Sakura and Johnny Pemberton’s husband and wife pairing Cheyenne and Bo has just been axed by NBC.

The couple have been a mainstay of the series since they got engaged in the very first episode of the successful work based comedy.

Producers Bridget Kyle and Vicky Luu would have helmed the Superstore follow-up, which would follow the pair as they try to “balance their big dreams with the harsh realities of being a blue-collar family in America.”

Sadly, despite a surge in popularity during the pandemic, it appears Cloud 9 will be closing its doors for good after this week’s finale. 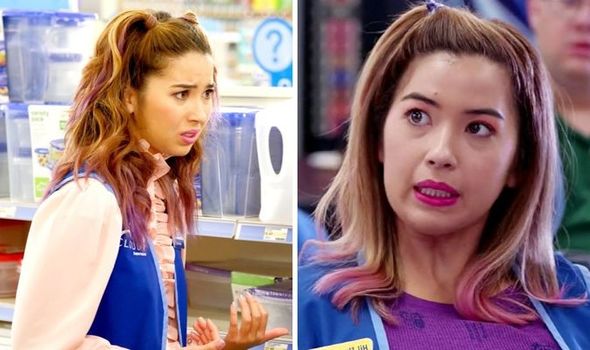 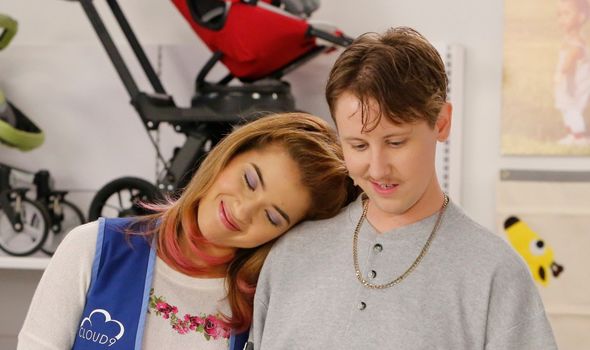 “So hopefully we’ll get made and can bring back some of the ‘Superstore’ cast to pop into that and still be part of this same world. I’m just remaining hopeful, but stay tuned.”

Unfortunately, the pilot will remain unproduced, as Kyle confirmed to cleveland.com last Friday.

She said: “Unfortunately, yesterday NBC notified us that they’re not going forward with the ‘Superstore’ spin-off.” 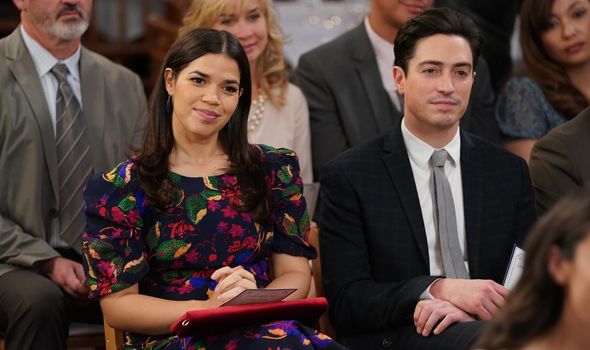 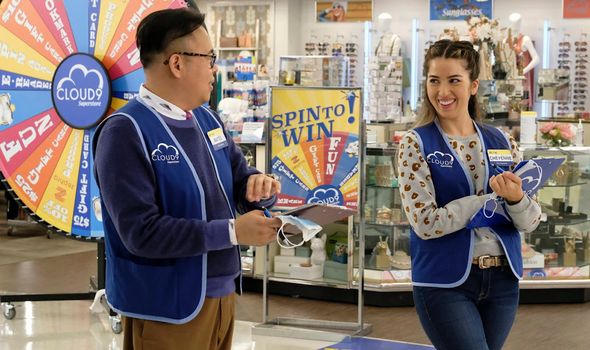 “So, it will just have to live on in our hearts and on my hard drive.”

Viewers have had a divisive response to the disappointing news, with some criticising NBC’s decision not to expand the popular comedy into spin-offs and sequels.

One fan said: “What a load of bulls**t. I’m not surprised though. Any show I like gets canceled early or like this one never made.

“Bo was the best thing about the damn show and Cheyenne was amazing. A show about them would be insane.”

And another wrote: “Hopefully there’ll be some sort of spinoff or another show. There’s a big cast, lots of potential ideas. Just carry on at the fulfilment centre, or Glenn’s new store.”

However, others admitted Cheyenne and Bo wouldn’t have been their first choice of characters to feature in their own series.

A third viewer said: “I like Cheyenne but she isn’t a leading character in my opinion, and Bo shouldn’t ever be a main character appearing in every episode.”

Still, Cheyenne’s former Cloud 9 colleagues were expected to make cameo appearances, and no doubt a roster of new supporting characters would have balanced out the cast.

After recently being made available on Netflix, Superstore came to an end after six seasons on NBC last Thursday.

In the bittersweet series finale, conglomerate company Zephra puts the teams’ jobs at risk after turning their store into a fulfilment centre.

Fans also got to see a touching reunion between Amy Sosa (America Ferrera) and ex-boyfriend Jonah Simms (Ben Feldman) after Amy departed for California at the start of this season.

Superstore seasons 1-5 are available to stream on Netflix.

Before Marrying Her Wife, Niecy Nash Says She'd Never Been With a Woman and Shares Her Children's Funny Reactions