The Crown star Greg got the flick after his "disappointing" Samba to hit song Macarena on Saturday night. 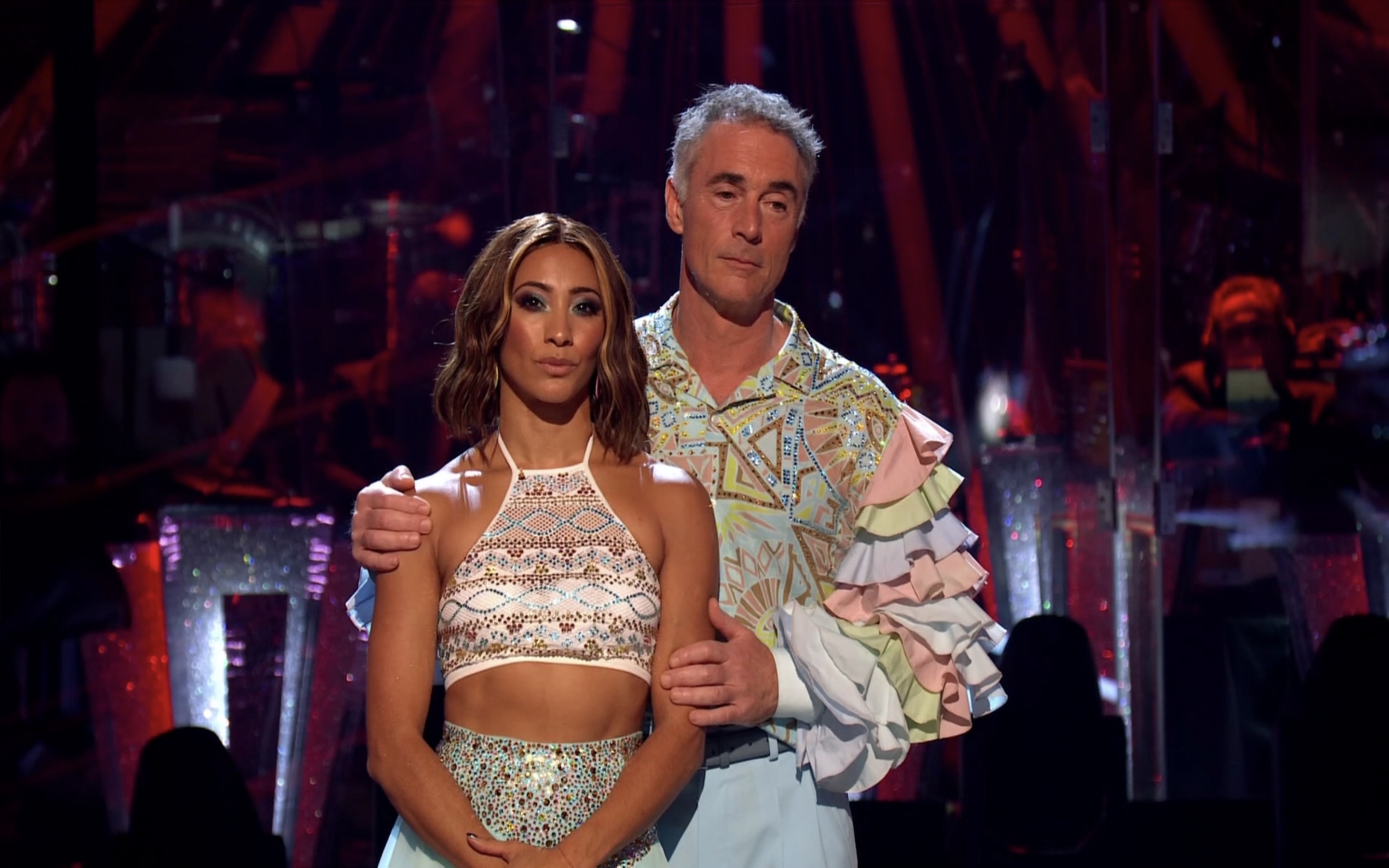 Dressed in a flamboyant shirt, he and partner Karen busted out some fun, but unconventional dance moves, including recreating the famous choreography from the hit 90s song.

Judge Craig Revel Horwood harshly criticised actor Greg's performance saying, "it looked like you had just come out of a double hip operation."

The judges gave the pair a disappointing 19 out of 40.

But former Strictly and Dancing On Ice star, James, took it one step further and lashed out at the pro dancer for Greg's downfall.

James has become known for his live Strictly commentary on Twitter and suggested he would only give his partner that choreography if he "didn't like them."

"If I really didn’t like my celebrity I would choose that music and give that choreography," he wrote.

"Not only that he made so many mistakes…. It was one of the worst sambas I’ve ever seen – I didn’t even like the costume."

Greg and Karen faced off against comedian Judi Love in the dance-off and were eliminated on Sunday night.

"I've had an amazing time, I feel unbelievably privileged, so thank you all for having me," Greg said after his elimination.

Shocked Tess, 52, didn't hold back on her opinion of his cruel comment, slamming him as "rude".

Craig continued: "It was very clunky. Especially through the hip circles. Technically really quite bad actually."

Trying to end on a positive note, Greg asked: "Did you like the shirt though?"

Tess added: "Once again you entertained us all, you were great so thank you." 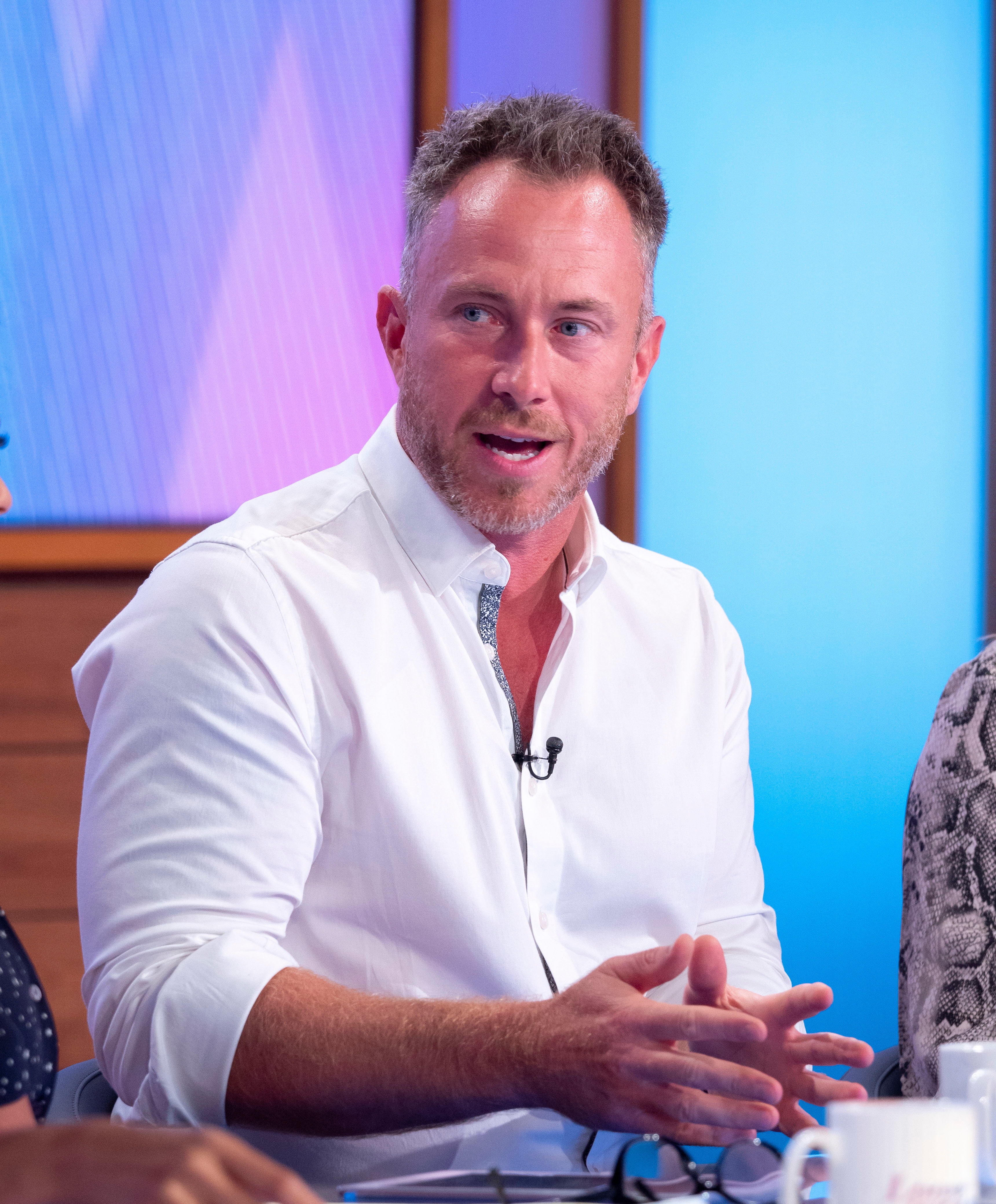 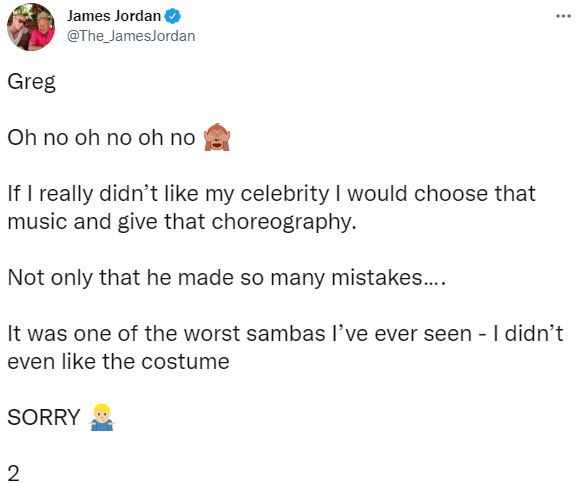 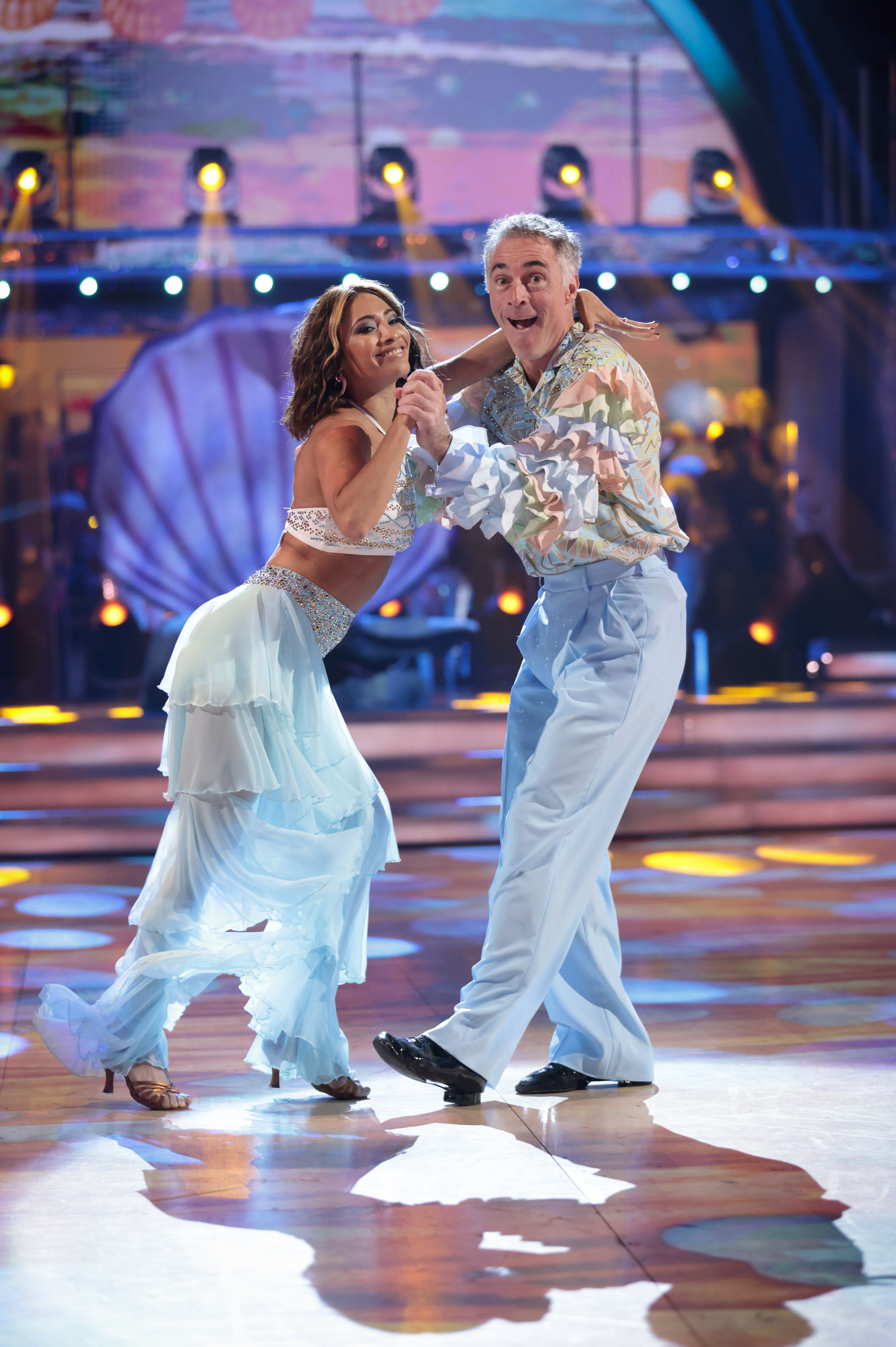