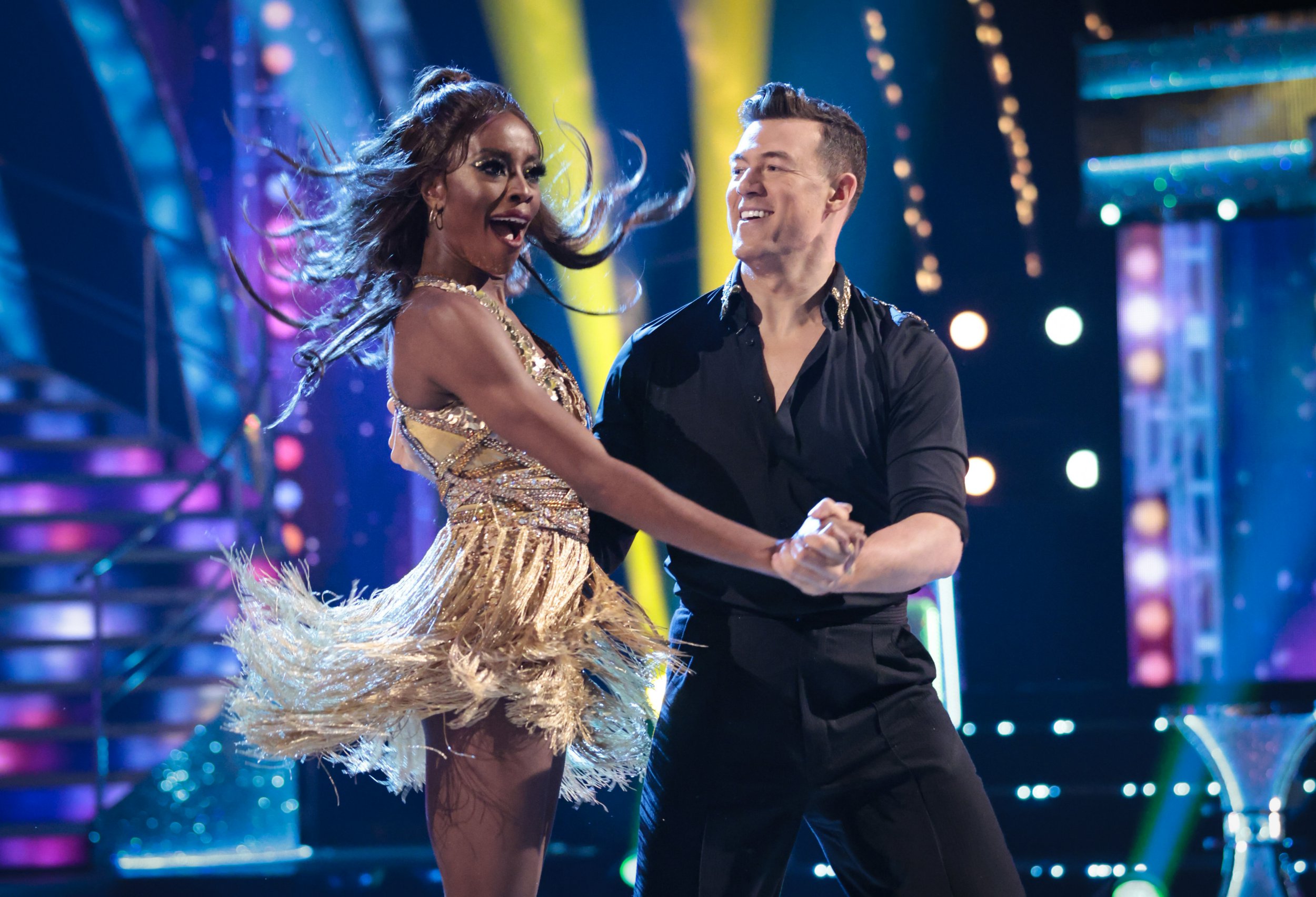 AJ Odudu and Kai Widdrington will get the chance to carry out their show dance during the Strictly Come Dancing live tour which will take place in early 2022, after missing out on the final on Saturday night.

Fans were gutted after AJ and Kai were forced to quit the competition just hours before the finale, due to the TV presenter’s ongoing injury.

But, they will still get the chance to dance together once more in the Strictly live tour next year.

It’s now been confirmed their missed show dance will be one of two the duo will perform on the road in front of a tonne of fans – yay!

‘AJ & Kai will get to perform the dance they were due to perform during Saturday’s TV final,’ an official announcement read on Wednesday.

The tour will give those attending a chance to see the pair’s show dance, which will be performed to Naughty Boy and Beyonce’s track, Runnin’.

The live shows will feature an array of highlights from the spectacular series and will see seven of viewers’ favourite couples perform once more.

Rose and Giovanni, Sara and Aljaž, AJ and Kai, Tilly and Nikita, Rhys and Nancy, and John and Johannes will all return from this year’s series, with Max George returning from the 2020 series with a new partner, Katya Jones.

Judge Craig Revel Horwood, who directs the tour, said: ‘I was hugely disappointed that AJ and Kai missed the Strictly final.

‘But audiences on the arena tour are in for a big treat, as they will get to see the show dance that AJ and Kai would have performed on Saturday night.

‘Plus all the other celebs and pros have some A-MAZ-ING dances planned – it’s going to be FAB-U-LOUS!’

Shirley Ballas and Bruno Tonioli will join together as the panel along with Craig, with new tour host Janette Manrara fronting the live shows.

AJ’s exit broke hearts across the country after she instantly became a favourite to win the competition.

She said in a statement: ‘Learning to dance over the last 13 weeks has been an incredible honour and to do it alongside someone as special, patient and devoted as Kai is something I’ll treasure forever.

‘Thank you to the Strictly family for the experience, the medical team for trying to get me back on my feet and mostly, to everyone at home for watching and supporting.

‘You’ve made this experience one to remember. Strictly Come Dancing has been a lifelong dream and I’m glad it came true. Good luck to my partners in dance, John & Johannes and Rose and Giovanni. I will be cheering you on (on one leg!).’

But in true AJ fashion, she soldiered on and appeared alongside her partner Kai at the final.

He even helped her to her seat by carrying her on his back – cute!

What does the latest government Covid-19 announcement mean for Christmas?