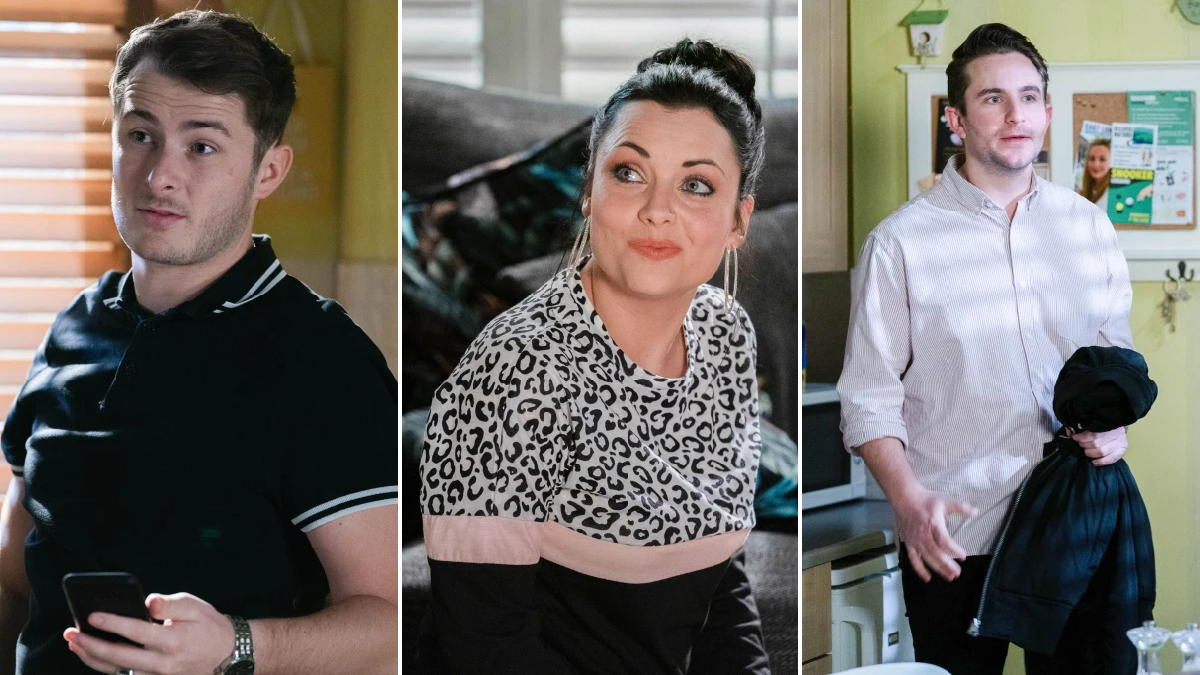 Grieving Whitney Dean (Shona McGarty) will turn on Callum Highway (Tony Clay) in the coming weeks in EastEnders as she starts to make him doubt that Ben Mitchell (Max Bowden) is innocent of killing Kush Kazemi (Davood Ghadami).

Of course, Whitney has no idea obsessive and murderous Gray (Toby-Alexander Smith) was responsible for Kush’s death and pushed him onto train tracks after a fight ensued.

Whitney was convinced Kush was the perfect man, but when she discovered he was planning on taking the fall for some of the Mitchell’s crimes and extend his prison sentence, Whitney was devastated.

With Gray fully aware Kush’s recent interactions with the Mitchell’s makes for perfect evidence to try and make it seem like they wanted the market stall owner dead, he plants more manipulative and controlling seeds in Whitney’s mind and makes her convinced the criminal family is responsible for her partner’s death.

Whitney enters The Vic, where Callum stops her in her tracks and attempts to comfort her.

Whitney points out the fact that he’s about to marry Kush’s apparent killer, but what will Callum say?

Will Whitney’s words lead to huge disaster for Callum and Ben?