Home » Spoilers: Ruby goes off the rails after a shock death in Corrie? Spoilers: Ruby goes off the rails after a shock death in Corrie? 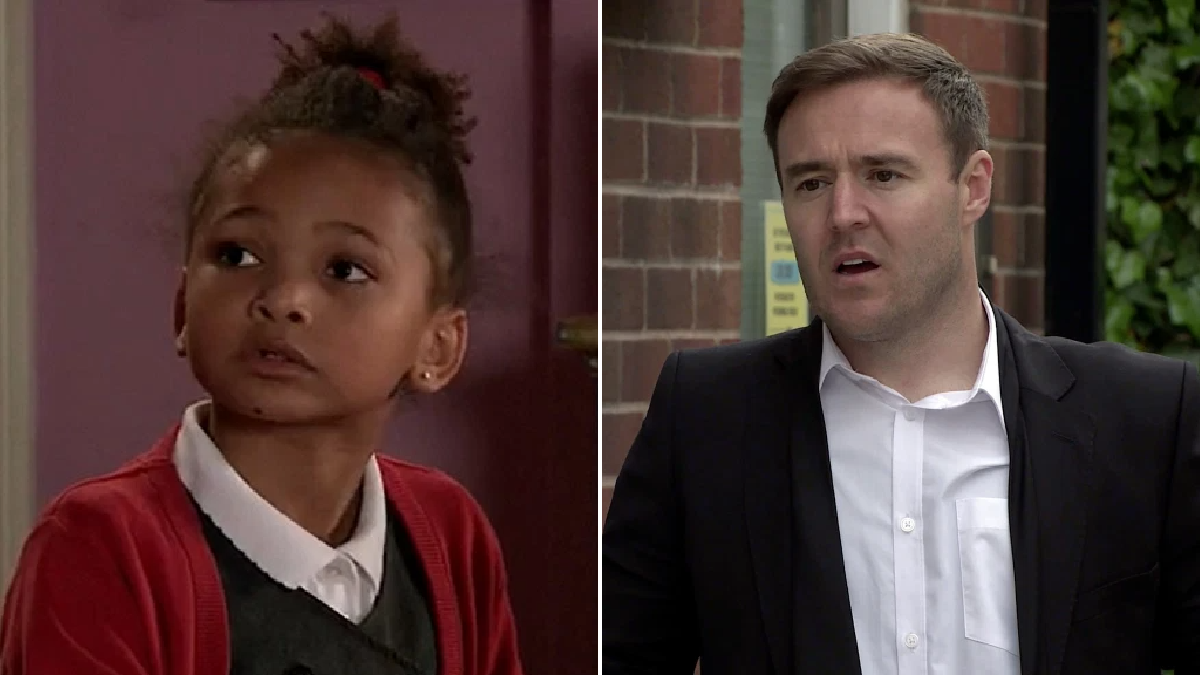 You could say young Ruby is a lot calmer than her sister Hope in Coronation Street.

Over the past few years, Hope’s inability to manage her emotions has meant she’s developed behavioural problems and has often tried to blame Ruby for her own actions.

During the huge storyline involving John Stape’s daughter and nanny Jade (Lottie Henshall), the attention being on Hope led Ruby to revealing that the marks on Hope’s arm were make-up.

We haven’t seen a great deal of Ruby for a while, once again as Hope has mainly been the focus during Fiz (Jennie McAlpine) and Tyrone’s (Alan Halsall) relationship coming to an end.

But could that all change soon after Ruby is told about a shock death?

After Tyrone gets the news that his abusive ex-partner Kirsty has died, he’s grateful to Fiz as she helps him organise funeral arrangements and prepares to explain to Ruby her birth mummy has died.

With Ruby not having a lot of stability right now due to Fiz and Tyrone splitting up, how will she cope with this news?

Could she start to struggle with her emotions given everything that’s going on?