Home » Spoilers: Rainie reaches a deal with Vi over sex with Stuart in EastEnders

Spoilers: Rainie reaches a deal with Vi over sex with Stuart in EastEnders 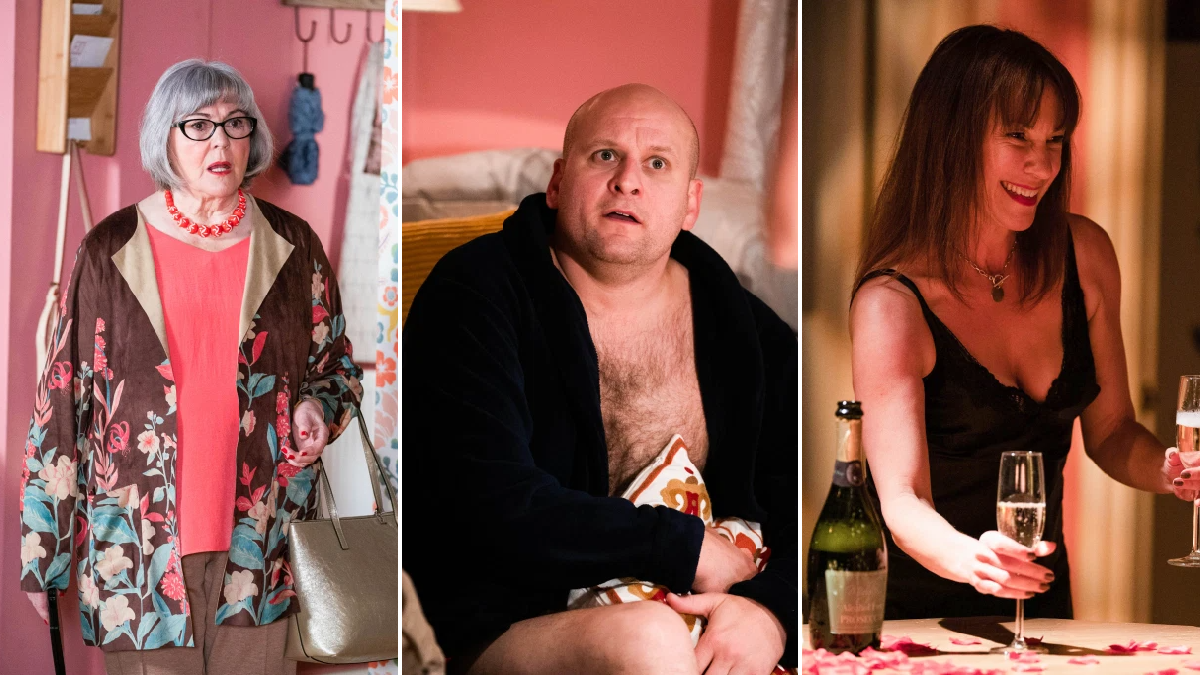 Violet Highway (Gwen Taylor) has clashed with many people since her arrival in EastEnders – especially Rainie (Tanya Franks).

The two of them haven’t seen eye to eye as the overprotective grandma continues to believe Rainie isn’t good enough for Stuart (Ricky Champ).

However, their relationship reached a turning point in a recent episode after Vi revealed that Callum and Stuart’s dad Jonno had kicked her out, and she now had nowhere to live.

Knowing Stuart’s anger would ensue if he ever discovered Vi’s situation, Rainie strikes a deal with her soon in an attempt to both reach common ground.

Rainie is frustrated that she hasn’t been able to spend some time alone with Stuart and as Vi ruins the mood, Rainie loses her cool again.

Sensing the awkward situation, Stuart asks Vi to move out, but Rainie is desperate to protect her husband from the truth about the situation with Jonno.

Rainie comes to an agreement with Vi away from prying eyes and a truce is called at last.

But what will the deal be?

How much longer can Vi keep her secret from Stuart?