Spoilers: Liv vows to quit drinking after self-destruction in Emmerdale 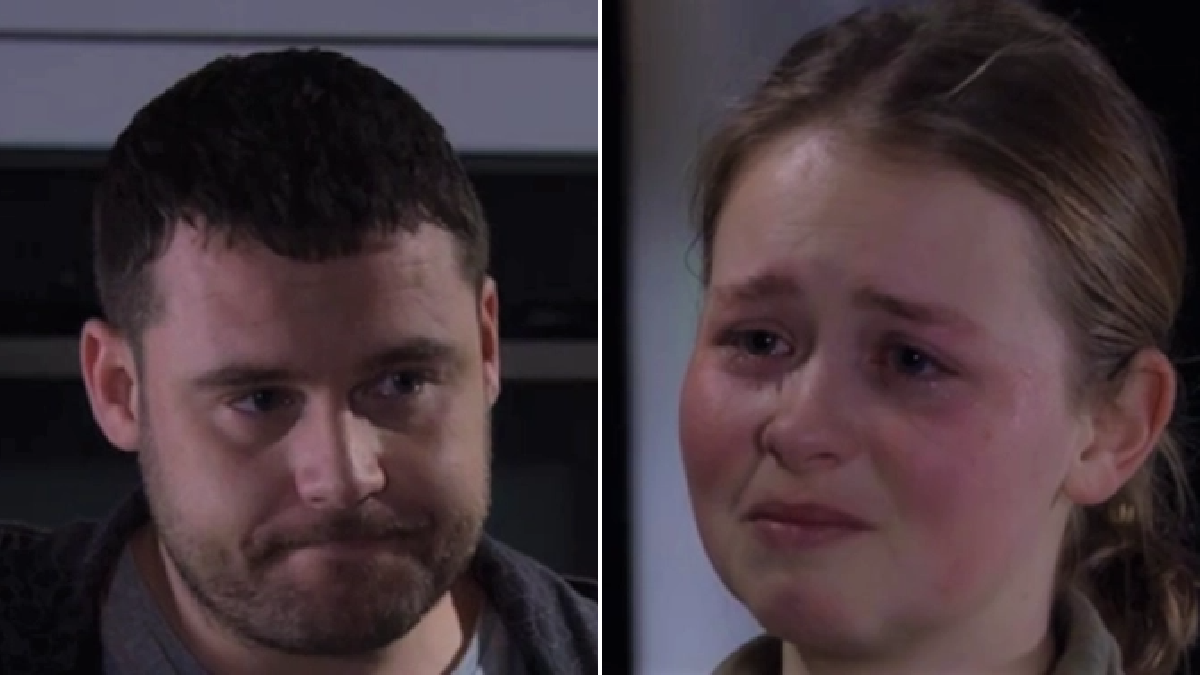 Since Paul’s (Reece Dinsdale) death, Liv’s guilt has consumed her after she left the abuser in the barn, moments before it exploded.

Turning to alcohol to cope with how she was feeling, Liv left the Dales and spent time with her mum in a dodgy, grim caravan park.

Determined to make amends with Vinny (Bradley Johnson), Liv met up with her best friend but struggled to resist drinking.

Vinny told Liv that while he would support her, he wasn’t prepared to be her boyfriend, which led to an angry Liv punching him in the face.

Tonight (June 17), the memories came flooding back for a hungover Liv as she realised what she had done to Vinny.

The teen made her way over to see Vinny, but after everything he had been through, he wasn’t ready to forgive Liv so easily.

Up at the derelict barn, Cain (Jeff Hordley) saw Liv and told her about the time he thought he had killed Joe Tate (Ned Porteous), and said if she got stuck into another bottle, she’d end up losing everything and everyone.

With Cain’s words firmly in her mind, Liv finally told Aaron she would quit alcohol as pushing away the people she loves was too much for her to bare.

It’s going to be a long road to recovery for Liv, can she remain on the straight and narrow?