Spoilers: Gray kills Kush as his exit story is revealed in EastEnders? 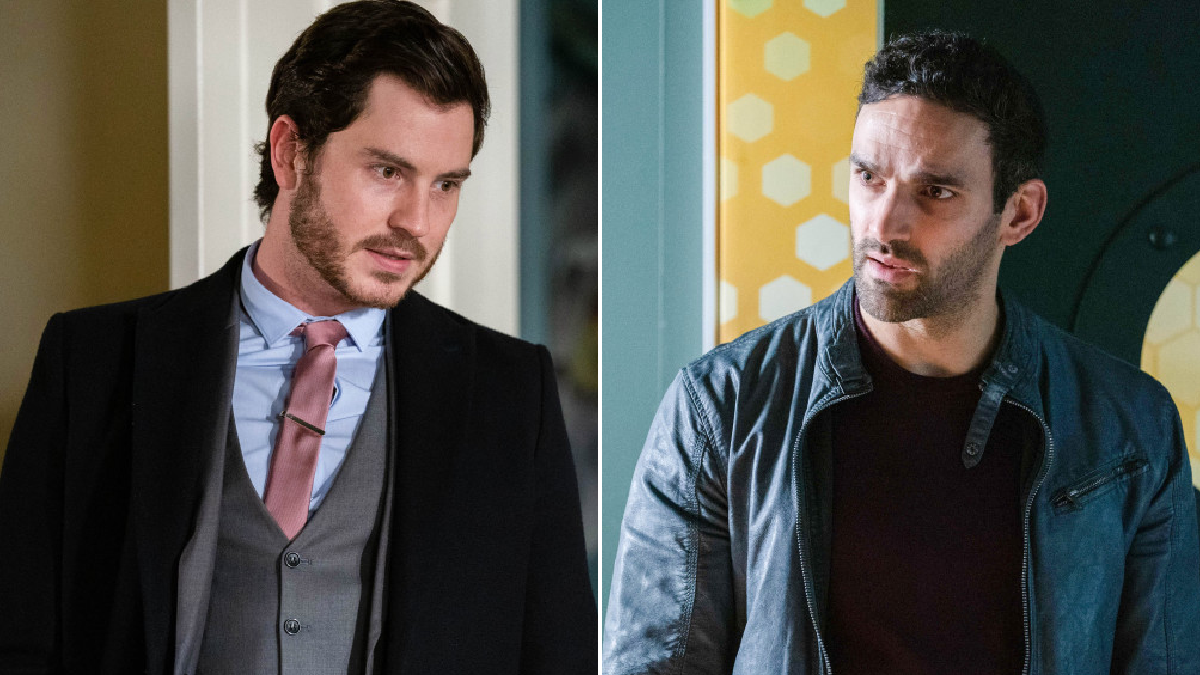 Since Chantelle’s (Jessica Plummer) tragic death at the hands of Gray, Whitney has been assisting the abuser.

In scenes which aired last month, Whitney and Kush playfully toyed with one another — something which Gray witnessed, and thus he became incredibly jealous.

In an effort to reclaim the upper hand, he informed Karen Taylor (Lorraine Stanley) that Whitney would be looking after the kids from now on, and later in the week, he told the young woman that he believes they could be something special.

In the coming episodes Kush moves in with Whitney, and as Vantine’s Day approaches, he asks her on a housemate date.

They later pick up snacks at the Minute Mart, and Bernie Taylor (Clair Norris) notices the spark between the two.

Kush and Whitney return home for a movie night, but as they sit down with an accidentally heart-shaped pizza, the power cuts out.

Whitney gathers some candles, and Kush starts to see the signs. They share a moment, and before long, they ultimately kiss.

Will Gray find out what transpired between the two?

The killer evidently wants Whitney for himself, but how will he react if he finds out she kissed Kush?

With Kush due to exit soon, could Gray perhaps take another life?

Drag Race Recap: Which Queen Got Burned by the Disco Inferno?