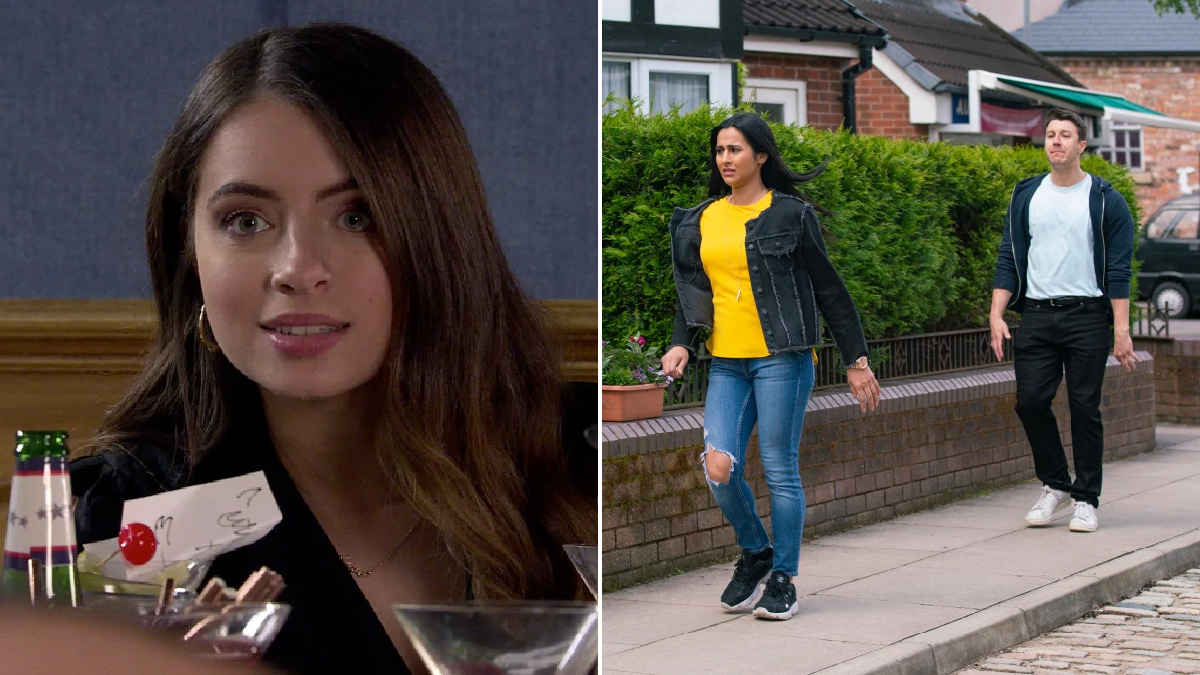 As Ryan announces Daisy’s sorted him out with a DJ gig, Alya takes the opportunity to confront Daisy about her behaviour.

When the gig gets cancelled, Daisy ushers Ryan into the back room and plies him with cocktails.

Placing her hand on Ryan’s leg, Daisy wonders which cocktail he would prefer; the naggy girlfriend or the night of wild passion.

The next day, a hungover Ryan wakes up in Daisy’s bed.

In the Rovers, Ryan begs Daisy not to let slip that he was with her last night for Alya’s sake.

Later, Daisy, in front of Alya, purposely tells Ryan she’s not happy about his lies when the truth is he ended up in her bed.

Alya is left dumbstruck, but how far will Daisy go with her lie?

If they didn’t sleep together, will Daisy continue the lie so Alya dumps Ryan?