Home » TV & Movies » Sonia destroyed in EastEnders as she discovers Rocky is not her dad? Sonia destroyed in EastEnders as she discovers Rocky is not her dad? 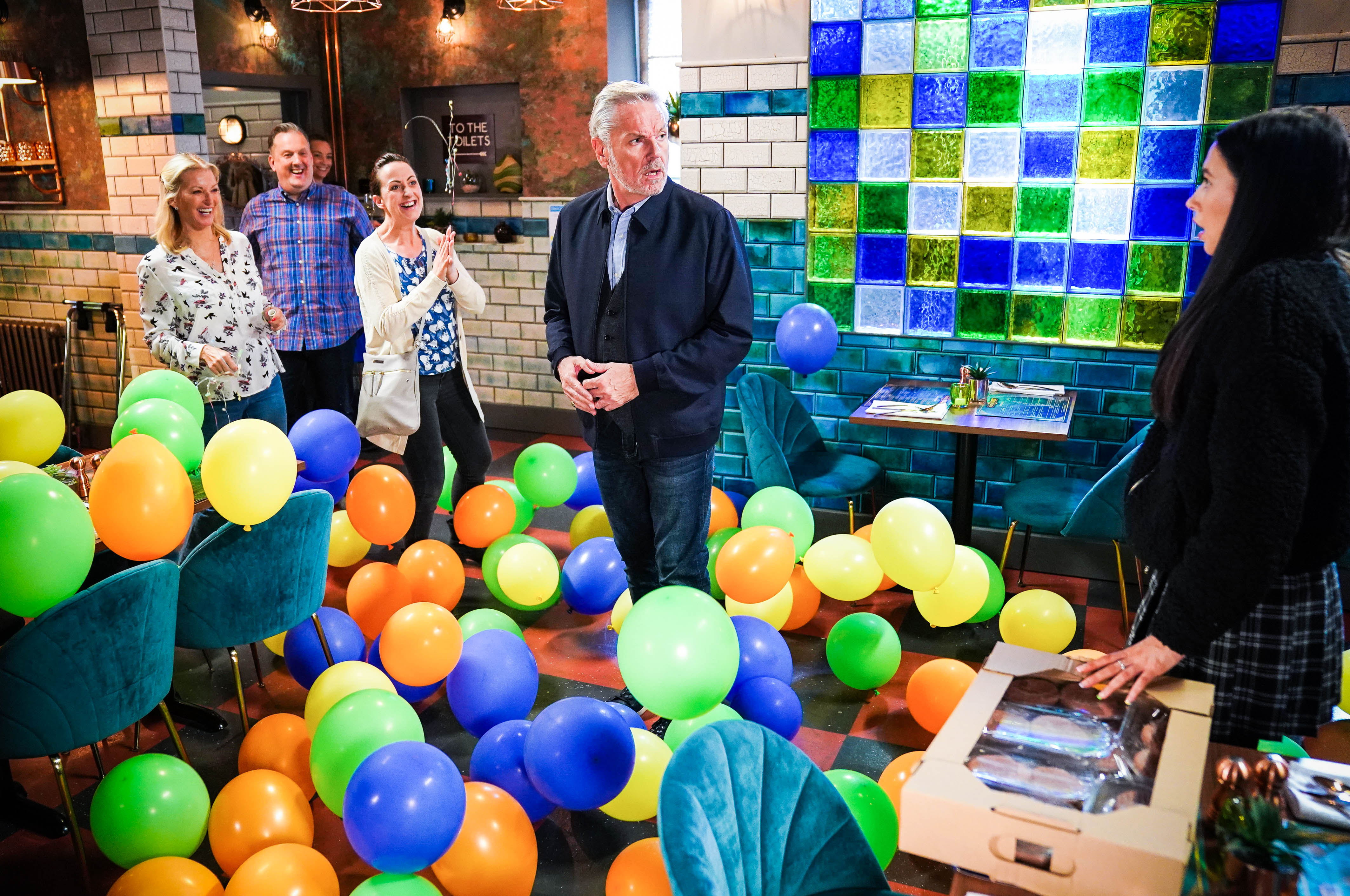 Sonia Fowler’s (Natalie Cassidy) world could be about to come crashing down in EastEnders, as Rocky (Brian Conley) resolves to come clean.

The long-running character resolved to find her father prior to lockdown, and she was overwhelmed when Rocky, claiming to be biological dad Terry Cant, rocked up in the Square.

She wasn’t sure what to make of him at first, but soon enough, the pair forged quite the father and daughter bond.

Sonia is delighted to have her dad in her life after all these years, but little does she know that Rocky isn’t actually her father.

Viewers discovered several months ago that Rocky’s real name is Tom Cotton, and he’s an uncle of Dotty’s (Milly Zero), who’s using him in an effort to scam Sonia out of money.

Rocky has struggled with the guilt over what he’s doing, evidently starting to love Sonia like a daughter, but Dotty has repeatedly warned him not to lose sight of the mission.

Next week, however, he makes the decision to leave Walford, after Sandy Gibson (Martha Cope) rocks up in the Square once more.

But his plan to exit is interrupted by former flame Kathy Beale (Gillian Taylforth) and Peter (Dayle Hudson).

Afterwards, he’s asked to come to Walford East, where he discovers that a surprise party for his 60th birthday has been organised.

Rocky is touched, but – feeling more guilty than ever – he tells Dotty that he’s going to come clean to both Kathy and Sonia.

When the party concludes, he grabs a pen and writes a letter, but suddenly, he grips his chest and collapses!

Will Rocky be okay? And what’s more, will Sonia read the note and find out that he isn’t her dad?