SIMON Cowell spent an evening at an exclusive members only London club.

The music mogul, 61, showed off his tan in a chic charcoal suit with an open button white shirt as he headed into Mayfair's The Arts Club. 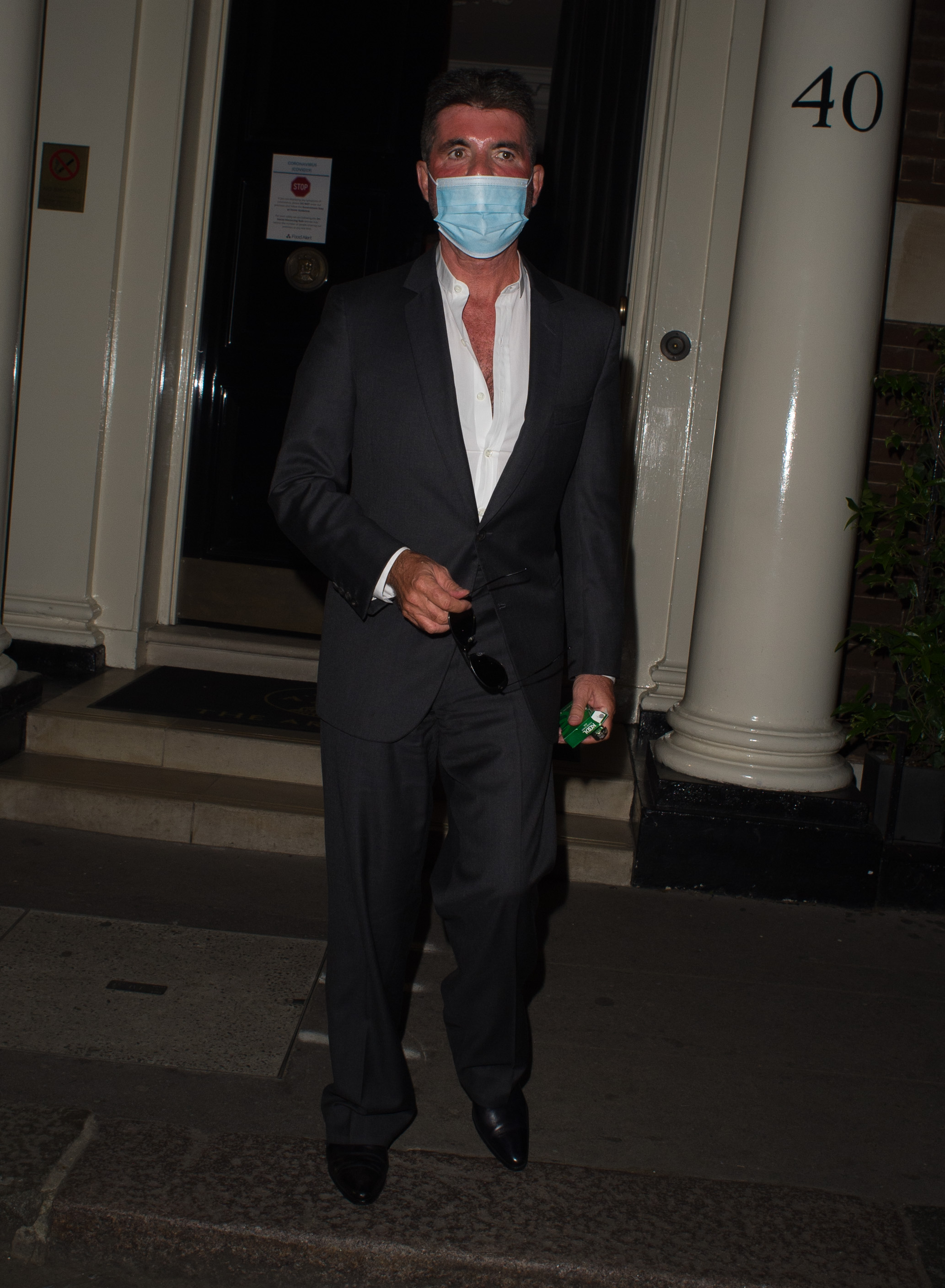 He popped to the Mayfair venue on Tuesday evening in a black Royls Royce, a fitting entrance to the club whose annual membership will set you back £2,500.

Founded in 1863, The Arts Club members are those who work or have an interest in art, architecture, fashion, film, literature, music, performance, photography, science, theatre and TV/media.

After his decadent evening, Simon donned a disposable face mask to hop into his chauffeured ride and carried a packet of menthol cigarettes. 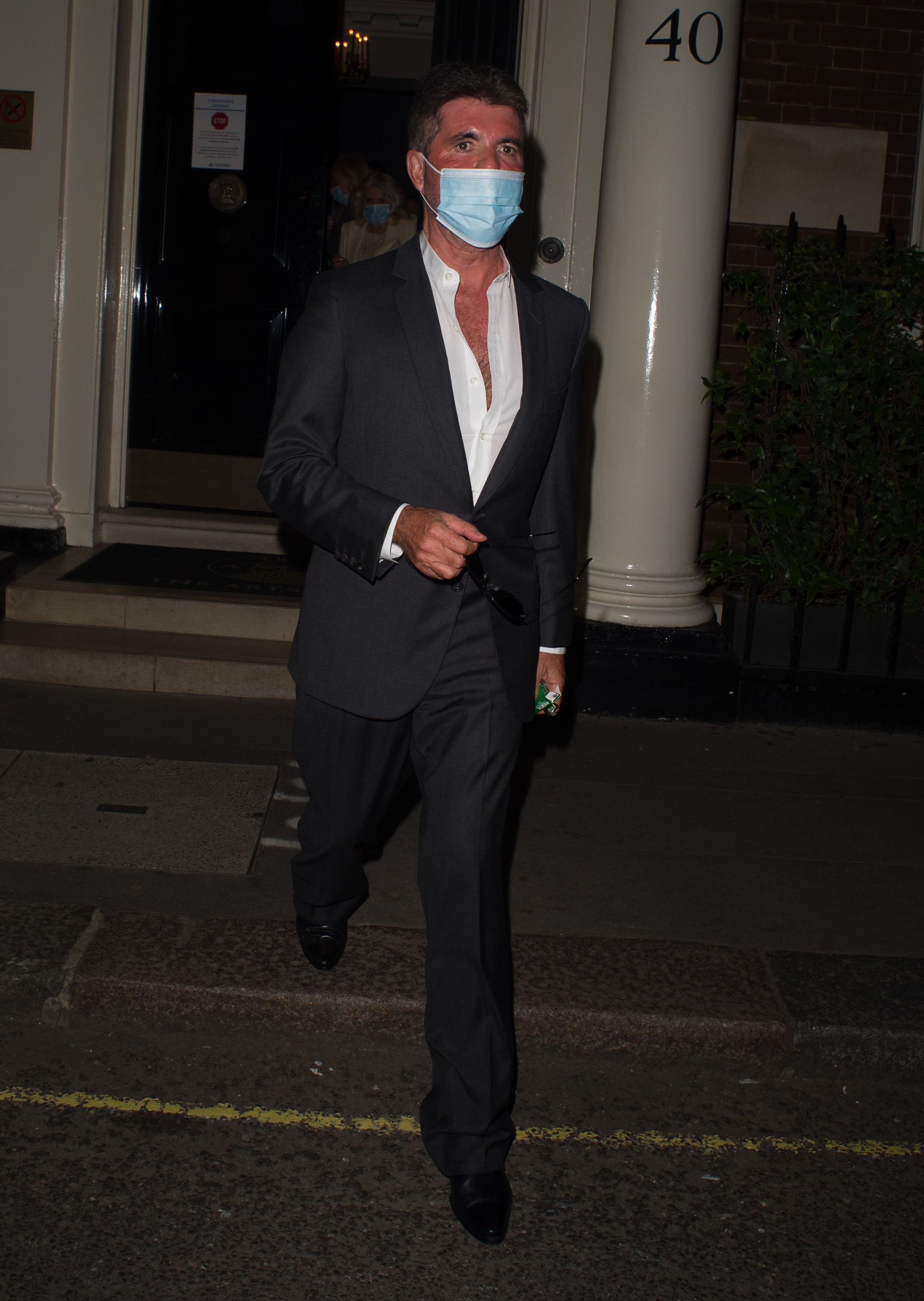 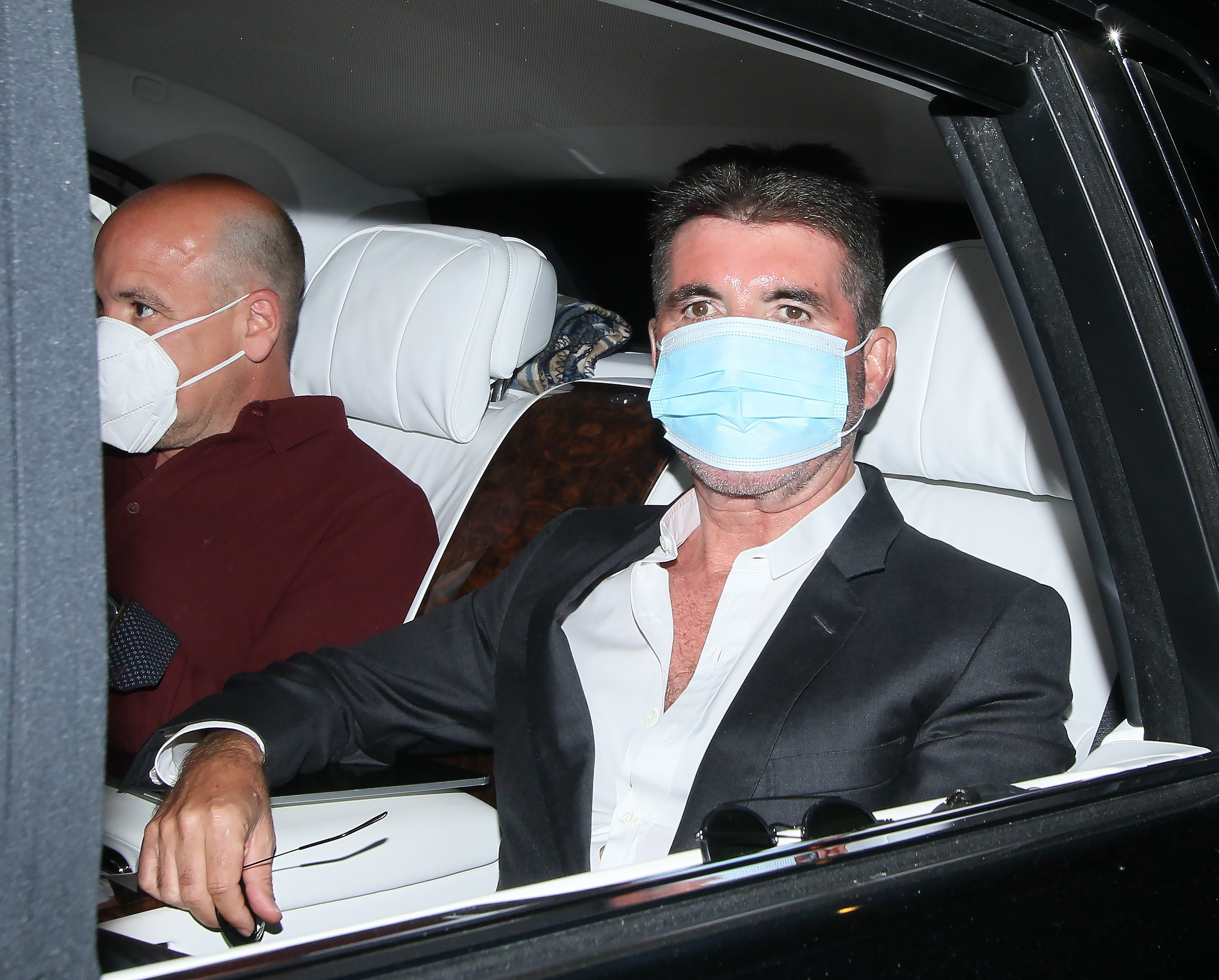 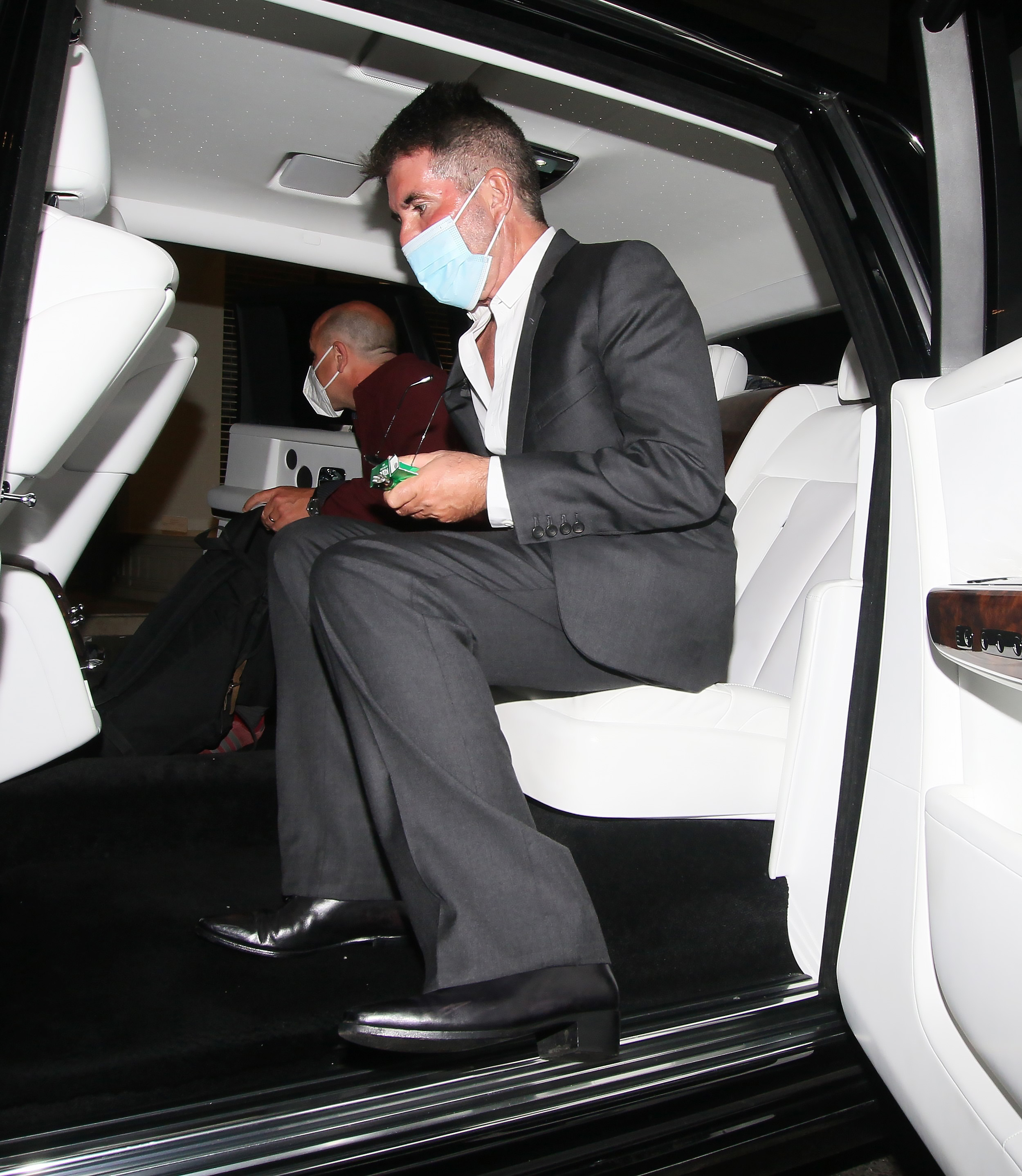 It seems Simon has picked up smoking again after having tried to kick the habit a few times.

In 2013, he Tweeted that he had "cut down smoking" and was using an electronic one.

Then when his son Eric was born in 2014, he attempted to give up – but eventually decided to make his home a "smoke-free zone".

Then in October 2017, he was rushed to hospital after fainting and taking a tumble at his London home while fetching some milk. 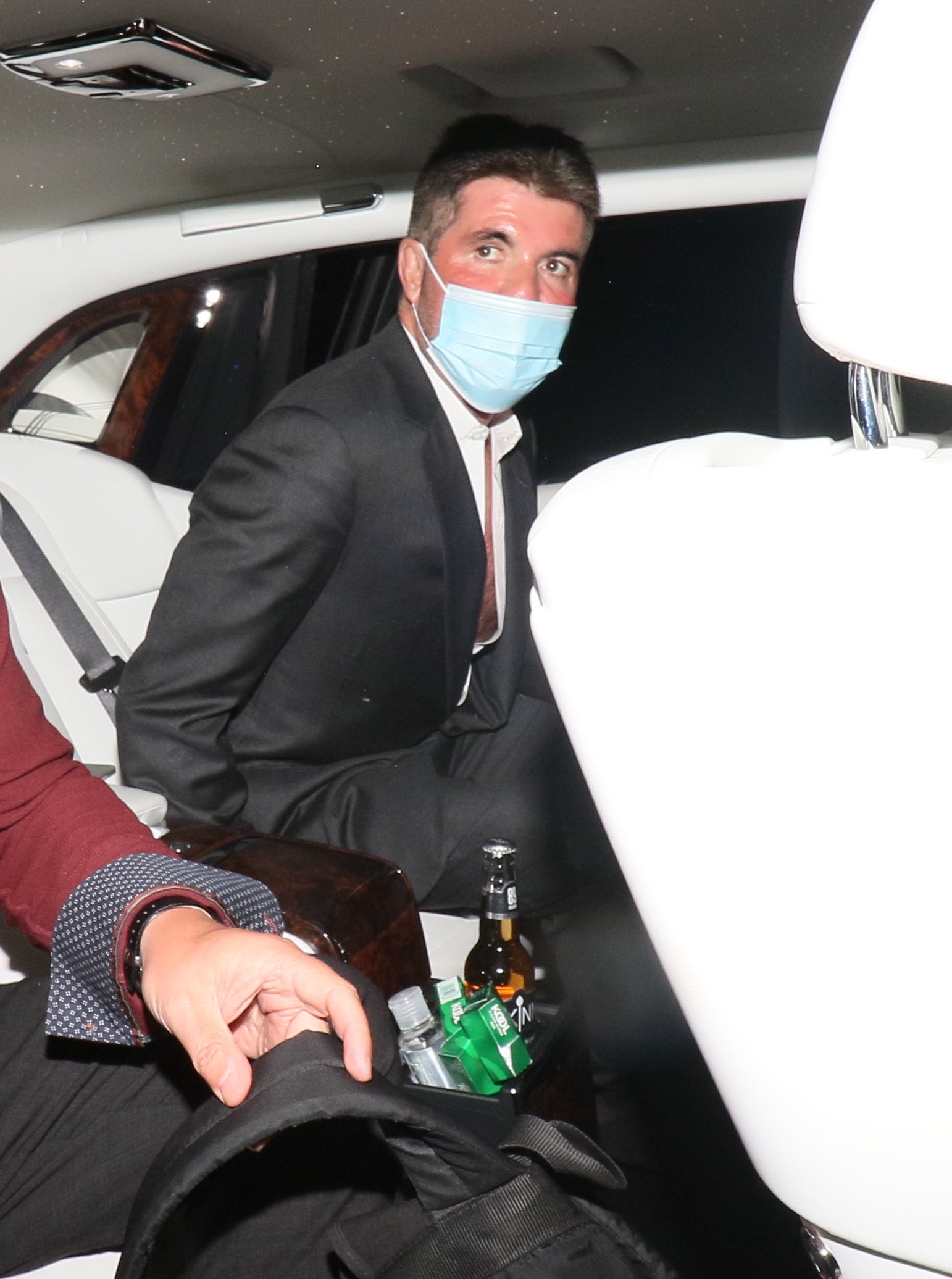 He then promised to take better care of himself, and told Now magazine that he was cutting down to two cigarettes a day.

Since then, he's followed a mostly vegan diet and has managed to keep off 20 pounds of weight.

Simon has recently said he's "fitter than ever" after smashing "his spine to pieces" following a horrific bike accident last year.

The X Factor boss passed out from the pain of breaking his back when he fell from his electric scooter last August. 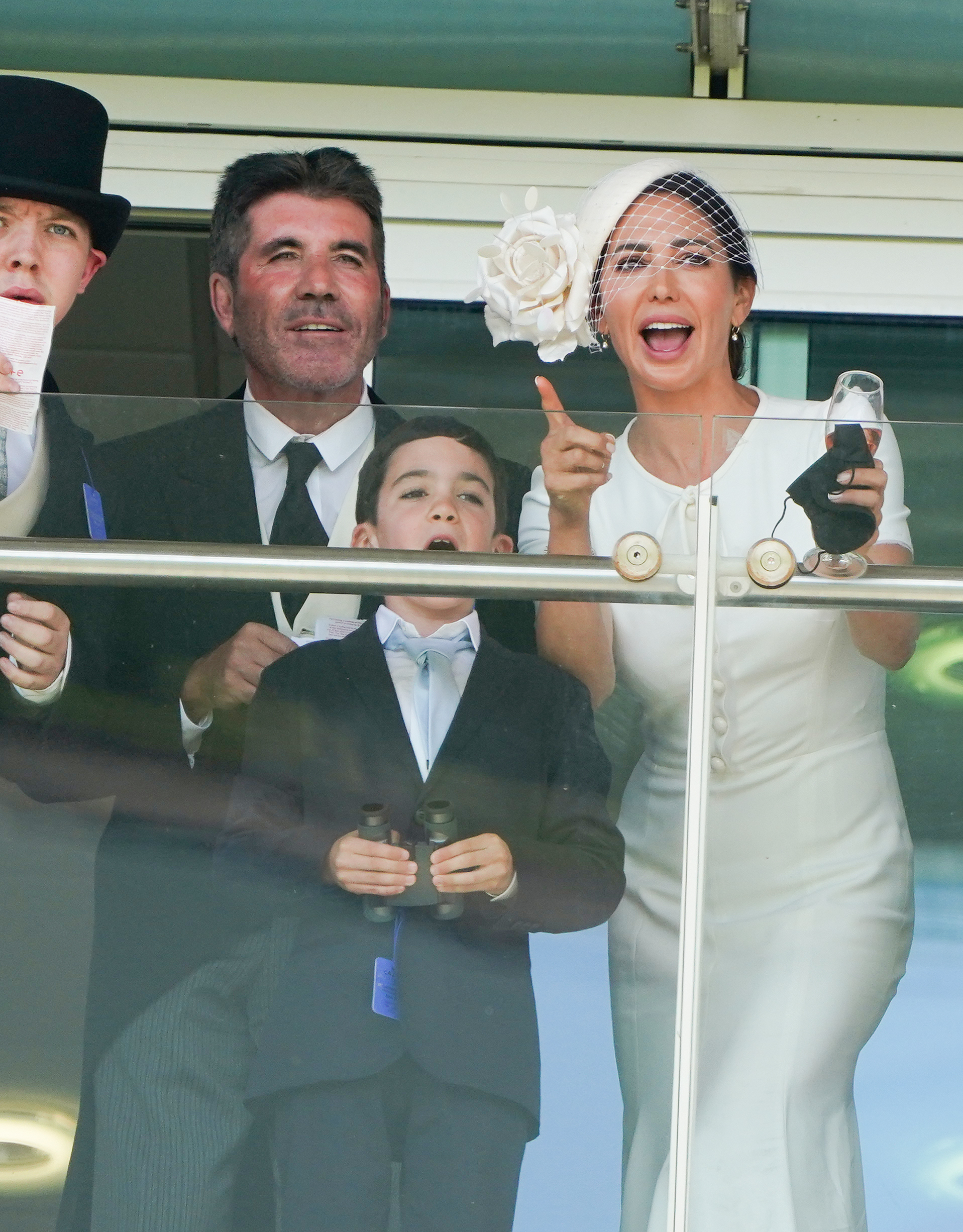 But Simon admitted that it was "lucky" that he broke his back because it meant he "didn't get Covid".

The music mogul said his injury made it impossible for him to travel, but admits it was a "good thing" because it reduced his chances of catching coronavirus.

Simon was almost left paralysed when he fell from his electric bike at his Malibu home last year. 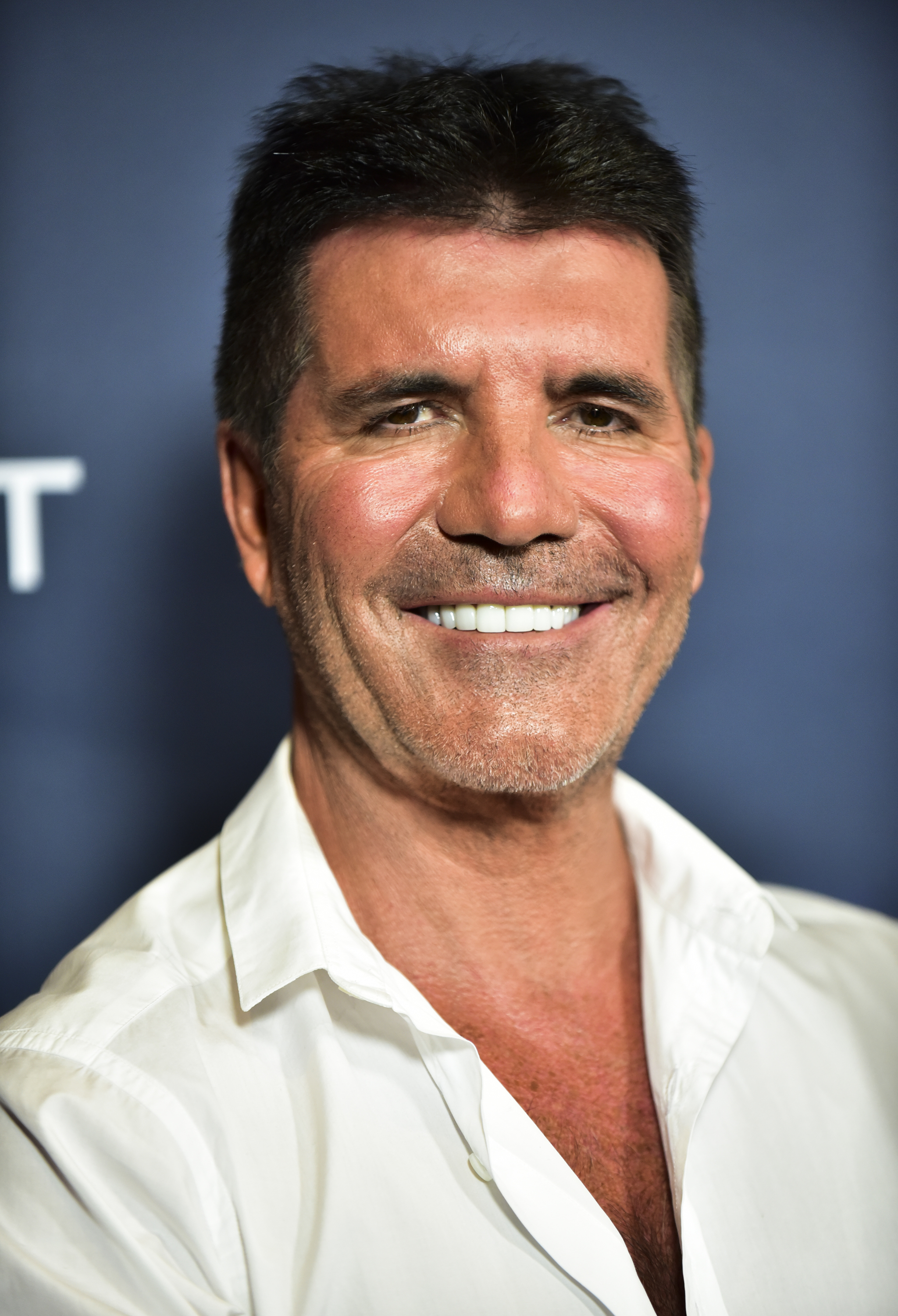 The X Factor judge also explained that the damage could have been far more life-threatening.

Speaking to promote America’s Got Talent, he said: "I was a millimetre away from just cutting my back in half. So I consider myself lucky. 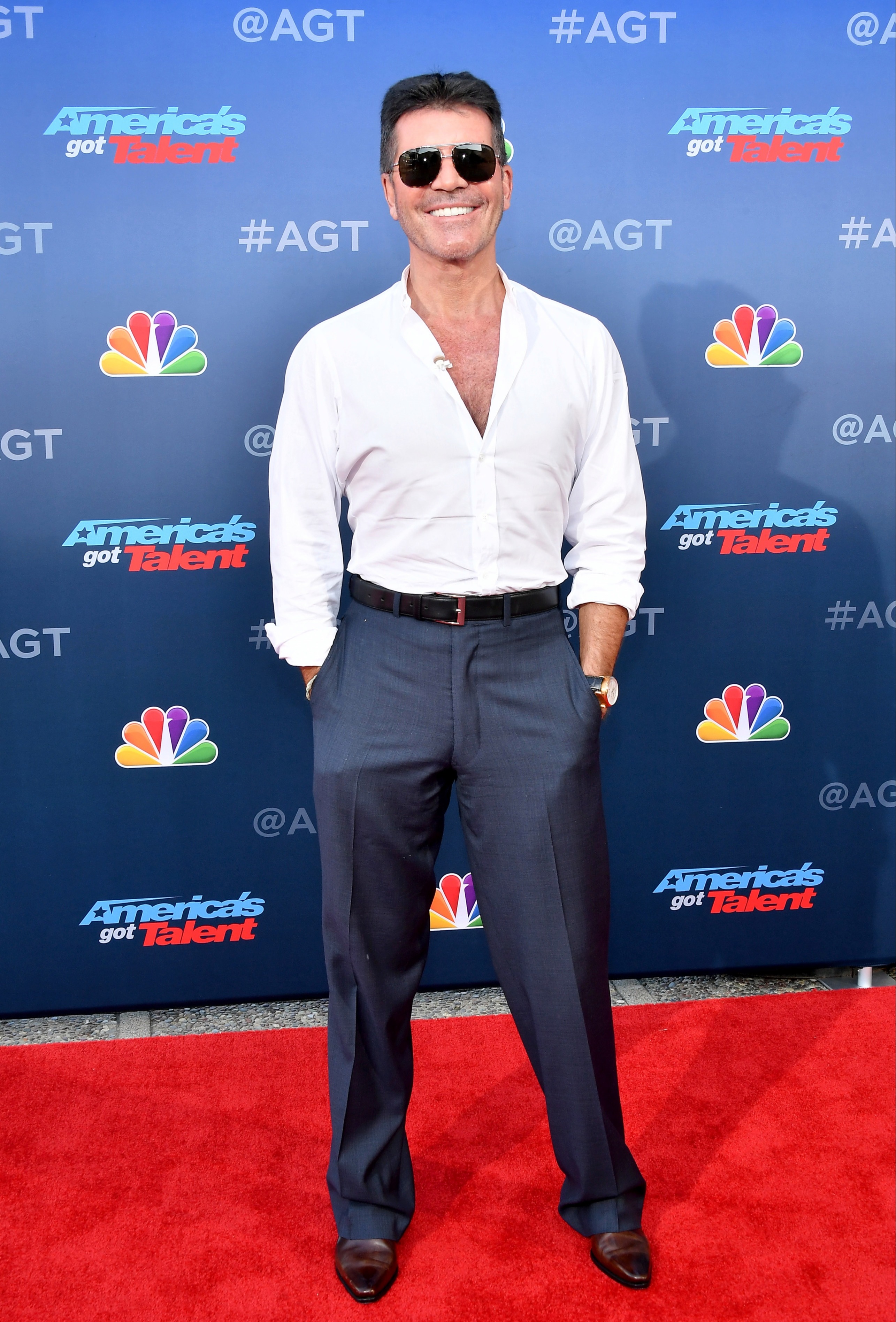 Speaking of America's Got Talent, Simon may have been out at The Arts Club to celebrate the fact he is set to cash in £10million with an AGT residency in Las Vegas, according to reports.

The 61-year-old is said to have signed a lucrative deal with the city's Luxor Hotel which will see the show's winner and other performers take to the stage twice a week.

If it proves a hit with paying punters the partnership could run for many years and see performers from the British version of the show appear too.

A source told the Mirror: “We open America’s Got Talent in Vegas at the Luxor this year. And Vegas and Got Talent is where they want to end up. We had a fantastic conversation with MGM who own the Luxor. And we agreed to do it, so it happens this year.”

Briana DeJesus Blasts Kailyn Lowry: You Got Arrested! Own It and Show It!
Recent Posts